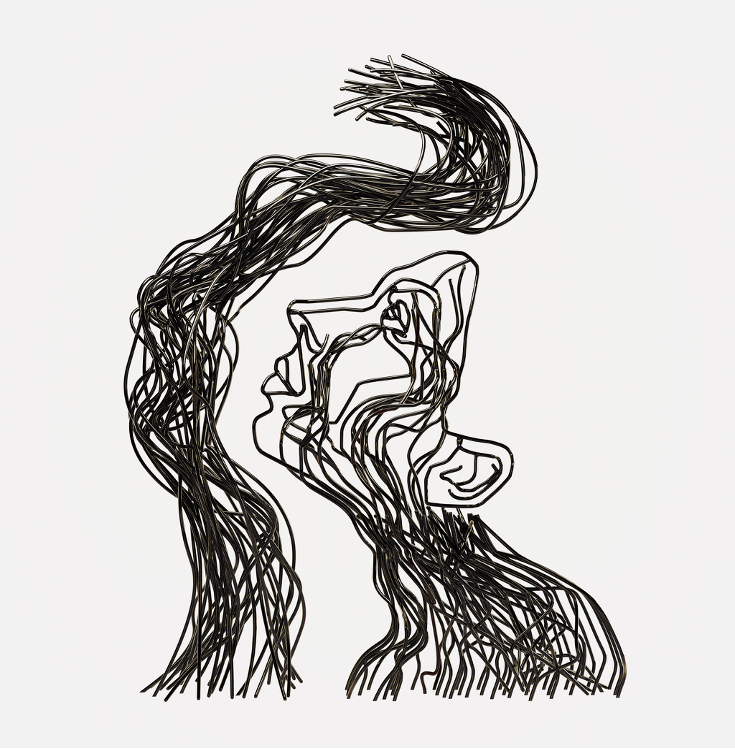 A twelve-track, self-released LP, Black Blossom is an exploration into the pitfalls of the internet – more specifically the nature of social media and its polarising effect.

Kicking off proceedings, ‘Indigo Skies’ is a meditative, slow-burning electronic creation that immediately sets the tone. Next up is ‘It Never Goes’, the first of three single releases across the album. A deep, atmospheric cut punctuated by impassioned vocals, fluttering synths and captivating melodies, it’s a powerful track that leaves a lasting impression.

Further singles come in the form of the affecting, emotion-driven electronica of ‘For The Birds’, and closing track ‘What Matters Now’, a pensive ballad punctuated by impassioned vocals that ensures Black Blossom finishes on a sombre note.

Elsewhere, further highlights come in the form of the upbeat synth-pop of ‘The Way It’s Gone’, the Kraftwerk-inspired ‘Bright Eyes’, the organic-infused electro of ‘22:58’ and the contemplative electronica of the title track.

The release precedes a twelve-date European tour, kicking off in Antwerp on 6th April. There are further shows in the likes of Paris, Munich and Amsterdam, before finishing up in Zurich on 28th April. The group are also set to announce 3 UK dates in November and December across London, Glasgow and Manchester, and are to go on sale Friday 8th April.

“For the most part the record is about the internet and how’s it’s fucking us all up,” Matt West explains. “The way we communicate has fundamentally transformed over the last decade and I think we’re starting to feel the consequences of that.”

He continues: “A lot of the songs came from just reflecting on the kind of tribalism and abuse that’s become normalised online. Watching the big moments of the last few years through the lens of social media made me question whether these platforms have done more harm than good. The idea behind Black Blossom is that the internet started out as this kind of utopian dream that was going to bring us all together but it’s grown into something much darker.”

Their largest and most expansive body of work to date, Black Blossom cements Zola Blood as one of the finest electronica outfits on the planet – stream it in full here.