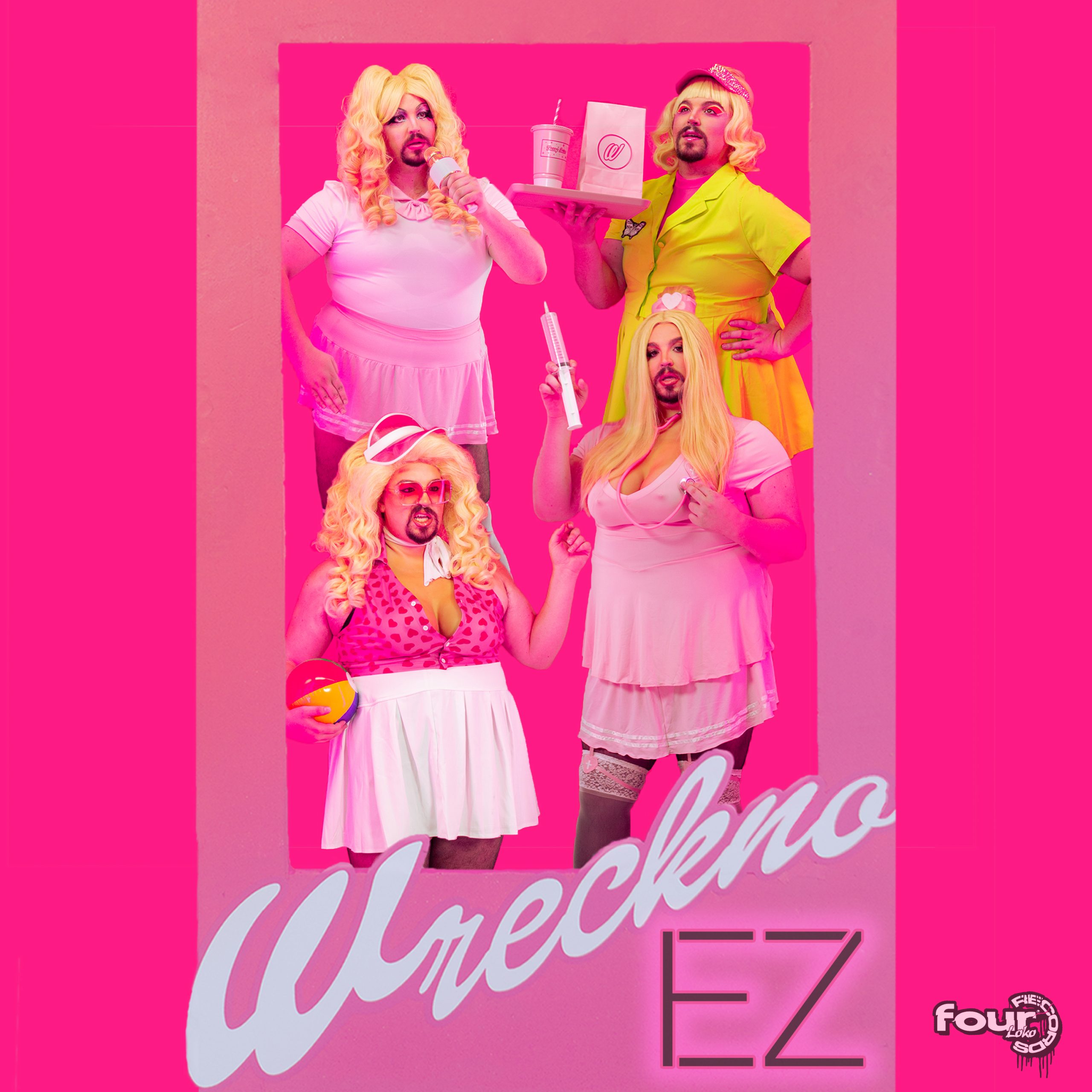 “EZ” is the latest single from red-hot rapper, producer, and DJ Wreckno, out September 23rd on Four Loko Records. The single is Wreckno’s anthemic ode to all the things they do fabulously, with a simple and hard-hitting piano-driven instrumental rattling around a heady bassline and unrelenting verses from the Detroit lyricist. “EZ” is a bad bitch anthem with an even badder video—Wreckno makes anything and everything look easy. Serving looks as a real-life doll, Wreckno is coyly challenging the standard EDM DJ’s presentation stereotypes.

“EZ is without a doubt the hottest Wreckno track to date! It’s all about being the baddest version of yourself and channeling all of your inner hot bitch energy. I hope this track makes you wanna shake your ass as much as it does me!” – Wreckno

From a small town in Michigan to being called one of “electronic music’s brightest rising stars,” Wreckno has continued to create a safe space for the LGBTQ+ community in the Bass Music/EDM genre. The 26-year-old queer rapper/producer/DJ has had an impressive year, playing landmark events such as Bonnaroo, Electric Forest, and Lollapalooza; label releases with iconic brands such as Four Loko Records; and music featured in Fortnite and NBC Peacock’s Queer As Folk. Wreckno’s pronouns are he/they/she. Their independent EP of summer 2022 The Fantasy received support from RuPaul’s Drag Race alums Alaska Thunderfuck and Willam. They are now on the road on their own headlining The Fantasy tour, and will make their Red Rocks debut supporting REZZ this October.

Their second collaboration with Four Loko Records is an exciting next step for the producer and MC, who has previously released on Deadbeats, WAKAAN, and Circus Records. Four Loko Records is an independent record label primarily focused on releasing singles, created with the sole purpose of putting out awesome content in mind.  From developing talent, to established artists, Four Loko Records—in their own words—releases dope shit. “EZ” is the second release from Wreckno on Four Loko Records, following their futuristic club track “EVERYTHING” with DEV (of “Like a G6” fame) and Super Future. With “EZ,” Wreckno is showing that they can do anything they set their mind to.

To find out more about Wreckno, go to: