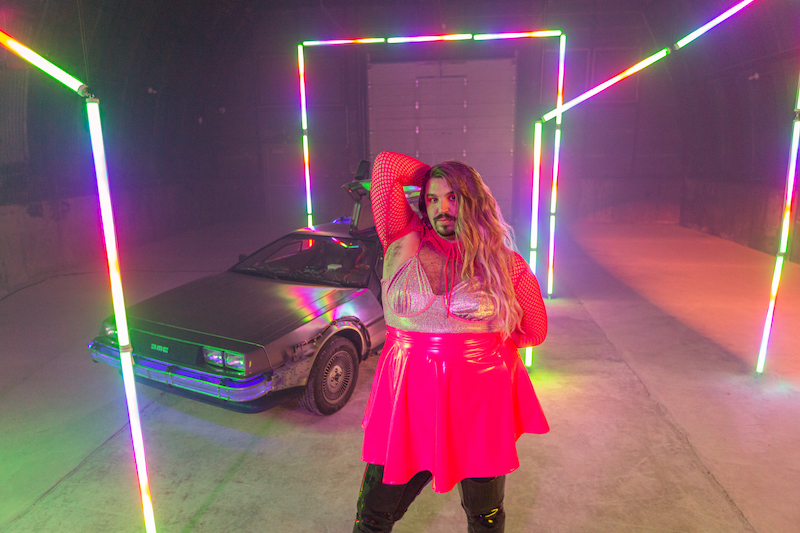 Wreckno makes his Four Loko Records debut with the futuristic hybrid hip-hop bass bop “EVERYTHING,” featuring dance music legend DEV and fellow Michigan producer Super Future. The gender and genre-bending Detroit-based artist, who uses he/him and they/them pronouns, reveals an iconic video to bring the colorful club atmosphere of the single to life. “EVERYTHING” is out now. About the making of the track, Wreckno shares “Dev discovered me after my track ‘Medusa’ with Griz dropped and showed interest in working together. Dev came up with the lyrical concept and sent it to me, then I sent it to Super Future so it kind of snowballed from her first recording. When I first started recording music with my brother in 2011 at 15 years old, we would use her tracks as templates to write our own, so working with her is literally a dream come true.”

From a small town in Michigan to being called one of “electronic music’s brightest rising stars,” Wreckno is a 26 year old queer rapper, producer, DJ creating a safe space for LGBTQ+ people in EDM. His music has charted #1 in TikTok’s Pride category (followed by Donna Summer & Madonna), was featured in Fortnite, and has garnered support from some of EDM’s biggest acts. Wreckno’s most recent EP, PANSY, explored the concept of reclaiming and finding power in hate speech once used against him. Paper Magazine stated that the release “puts queer empowerment first and obliterates the competition in the process.”

Their collaboration with Four Loko Records is an exciting next step for the producer and MC, who has previously released on Deadbeats, WAKAAN, and Circus Records. Four Loko Records is an independent record label primarily focused on releasing singles, created with the sole purpose of putting out awesome content in mind.  From developing talent, to established artists, Four Loko Records—in their own words—releases dope shit. With “EVERYTHING,” it’s clear Wreckno is a star in the making with their irresistible sound and uber-creative, convention-busting attitude.

To find out more about Wreckno, go to:

To find out more about DEV, go to:

To find out more about Super Future, go to:

To find out more about Four Loko Records, go to: