WhoMadeWho speak about the creation of Watergate 26 and collaborating with ARTBAT [MI4L.com] 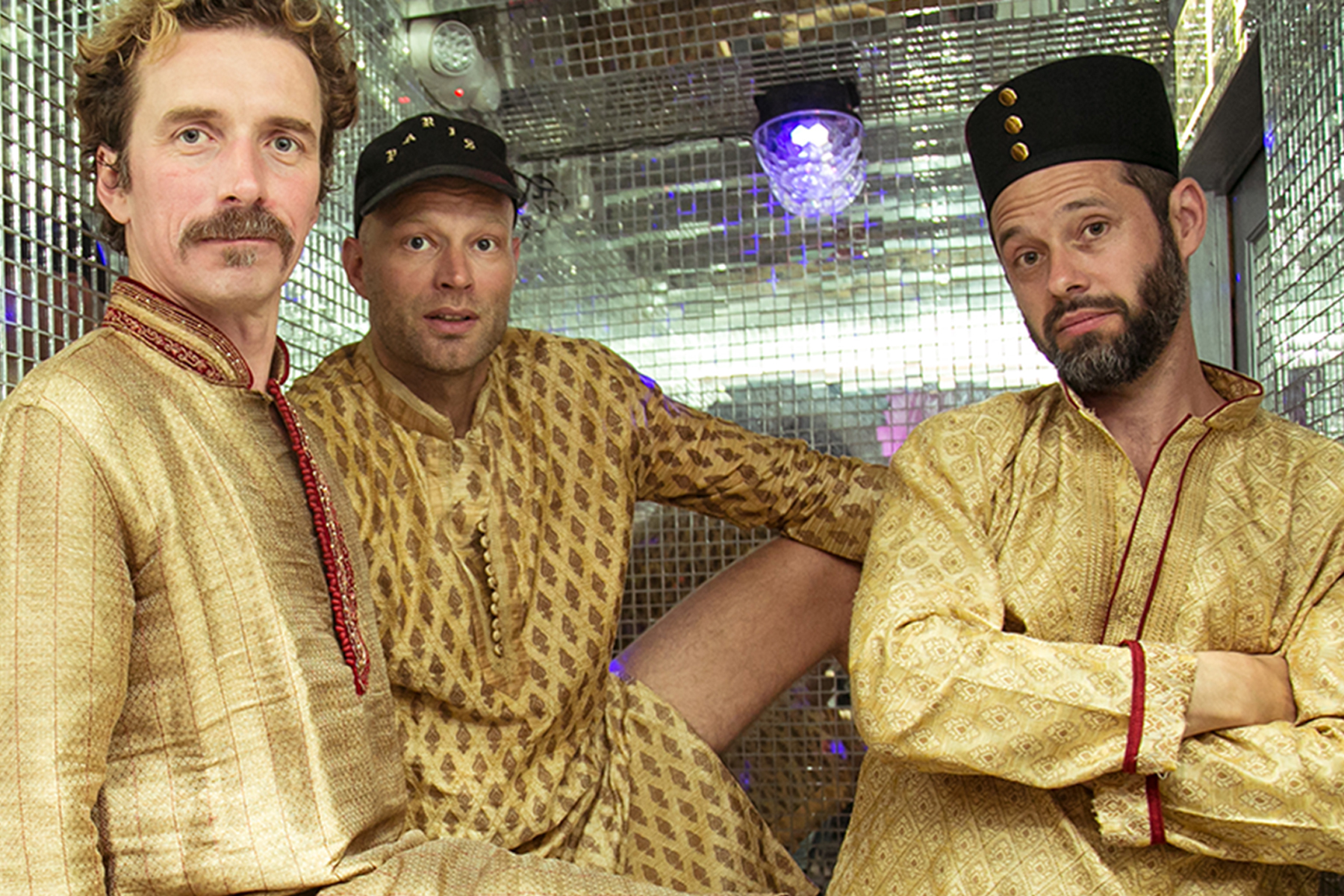 Following on from the likes of Ellen Allien, Kerri Chandler and Solomun, WhoMadeWho step up to mix the next installment in the coveted Watergate mix series. For the first time in the compilation’s history, the Danish three-piece will present all-new and exclusive material throughout the 87-minute mix, with key tracks set for individual release throughout April and May.

Jeppe Kjellberg, Tomas Barford and Tomas Høffding, better known as WhoMadeWho, have spent the last decade cleverly and expertly traversing an array of genres from rock to rave. Applying elements of pop, indie, techno, disco, punk and funk, the outfit sets themselves apart from other club music yet, all the while they maintain an underground sensibility making WhoMadeWho the perfect candidate to take the driver seat for Watergate 26.

The mix is quintessential WhoMadeWho as they slickly weave their way through a myriad of sounds without missing a beat. From the onset, deep and lush grooves coalesce with moody atmospherics on tracks like Öona Dahl & Dance Spirit’s ‘Break The Stillness’ and WhoMadeWho’s rework of Magit Cacoon & Lonya’s ‘Shma IL’, before slowly edging the intensity up into Artbat’s standout edit of their own ‘Montserrat’ and a remix of Concret & Tyu’s ‘BlueBlackYellowGreen’, where genres lines begin to blur. As the mix progresses the drama unfolds. Tim Engelhardt’s ‘Under Armour’ and Ruede Hagelstein & Justin Evans’ ‘Love Over Pyramids’ provide the ideal measure of psychedelia preluding an insanely slick transition into cinematic breakbeats on fellow Copenhagen cohort Kenton Slash Demon’s ‘Arp 8’ setting the stage for one of many highlights of the mix; ARTBATt’s ‘Closer’ Feat. WhoMadeWho.

Moving into the latter half of the 87-minute mix, the trio dive into headier territory showing their affinity for emotive moments as Otto B’s ‘Willy’ and their own remix of Alex Schaufel’s ‘The Day Of Rebirth’ cleverly melts into mesmerising cuts such as dOP’s ‘Radiowaves’ and their collaborative cover with Ruede Hagelstein of Bjork’s ‘Violently Happy’. The finale is momentous as Speaking Minds & Amarcord’s ‘Blue Days’ provides an emotional crescendo, before WhoMadeWho’s own future classic ‘Smile’ rounds things out masterfully.

Interview with Tomas Barford of WhoMadeWho

Biggest challenge of creating Watergate 26 mix?
The biggest challenge was definitely to make a ‘club mix’, while still being true to what WhoMadeWho is about and our history as a band playing a live and releasing indie-electronic records. We wanted to bring as much ‘us’ into the compilation without compromising the format. There are loads of good club tracks out there, and a lot of amazing producers sent us great tracks, but many of them didn’t fit in with the kind universe we wanted, even though there were clear ‘hits’ among them. Another obstacle was also that we wanted to make the compilation 100% unreleased and exclusive material, which also narrowed down our choices a lot. In the end we really feel we succeeded in creating a personal compilation.

Biggest joy of creating Watergate 26 mix?
The biggest joy was working together and being able display all these nice people we have met around the world the past years. Oona Dahl, Clarian and Concret we met at Burning Man, Magit Cacoon played with us at a beach in Tel Aviv, Ruede Hagestein through a release on cult label Freundinnen in 2004, Otto B we heard by coincidence walking past their studio, Jenia Tarsol we met at a traditional Ukrainian lunch in snowey Kiev. There are a lot of personal stories involved in the project.

Tell us how the musical collaboration with Artbat and how it came together? Why do you think your respective sounds work so well together?
We also met Artbat in Kiev while we played there. We have always been big fans of their productions so it made sense to start working with them now that we got to knew them. Even though a lot of people might not agree, I feel they have a little of both disco and trance in their sound, two genres that we really like and that fit perfect for WhoMadeWho’s sound. They have great understanding for both a good dirty beat and great harmonics – and know how to cut a simple production, qualities that mixes great with WhomadeWho. We did two tracks together ‘Montserrat’ where they re-edited one of our songs and ‘Closer’ where Jeppe from WhoMadeWho did a vocal for one their tracks.

Catch ARTBAT and WhoMadeWho at Watergate on Friday, April 5th, for the official release party. 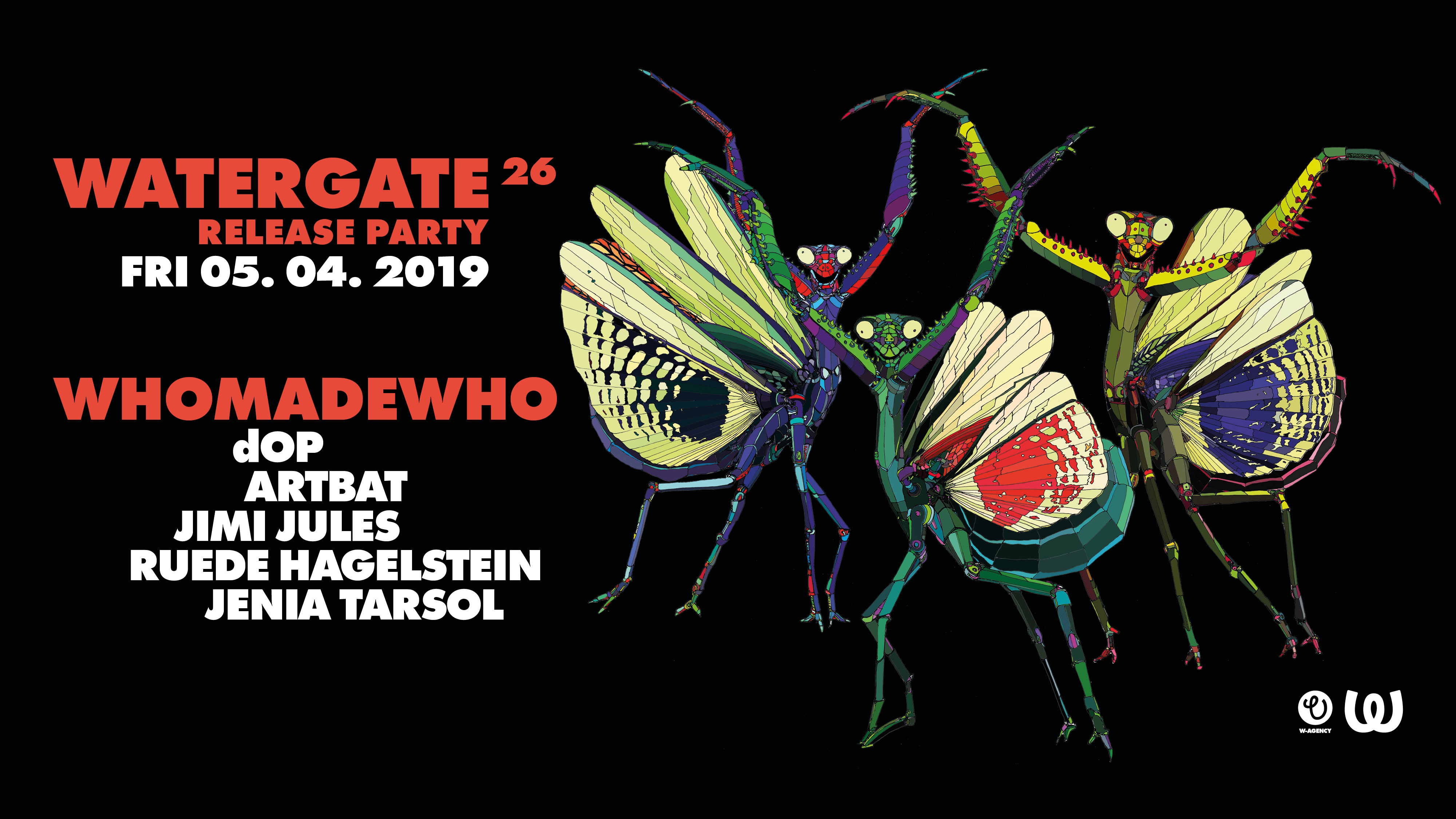