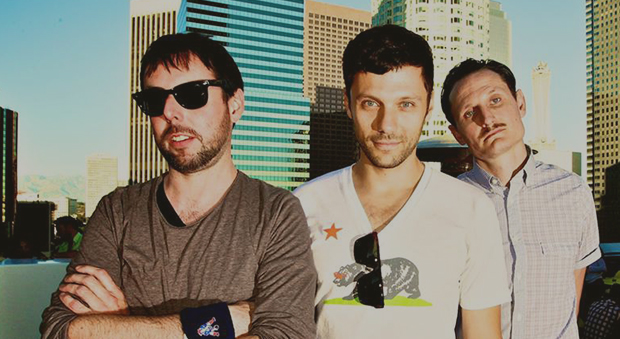 DROOG is the DJ collective of Andrei Osyka, Brett Griffin and Justin Sloe. From their start 7 years ago, DROOG has steadily built a reputation as one of the leading purveyors of forward‐thinking dance music, in Los Angeles and beyond.

The collective have become known for their respected parties that through the years have brought the who’s-who of international house and techno talent to Los Angeles, from Magda, Jamie Jones, Steve Bug and Martin Buttrich to Dixon, all four members of Visionquest, Nicolas Jaar, Dyed Soundorom, Shonky and beyond. Droog have since taken their party know-how and vibe to showcase parties at WMC, DEMF, BPM and Sonar festivals.

As Djs, Droog have cut their proverbial teeth with a 4-year (2007-2011) residency at one of the biggest clubs in the US – Avalon, where the boys played alongside influences (Richie Hawtin, Lee Burridge, Damian Lazarus, Tiefschwarz, MANDY, Matthew Dear and many others), shaping their musical outlook and gaining crucial big club DJing experience. Since then, Droog have become global touring DJs, spanning Americas, Europe, Australia and North Africa. Fabric in London, Space and Sankey’s in Ibiza, Renate and Watergate in Berlin, Rex in Paris, Nordstern in Basel, Arma 17 and Gipsy in Moscow having been just a few of the memorable stops along the way.

In 2009 the trio made a leap into a new territory by launching an LA-based record label, Culprit, that in just a few years has managed to capture its place and time, gaining respect and a considerable following with successful releases from Hot Natured and Lee Foss (debut releases for both), Matt Tolfrey & Inxec, SECT (Soul Clap, Tanner Ross & Sergio Santos), Subb-an, M A N I K, Lee Curtiss, Shonky, Adriatique, Climbers (also a debut) and others, joining the ranks of the leaders of the new school of underground dance music.

Since 2011 the Los Angeles collective made a production breakthrough, delivering original material for underground marquee labels like Crosstown Rebels, Supernature, Last Night on Earth and Get Physical; remixes for Culprit, Murmur, My Favorite Robot, Adjunct Audio, Lower East also getting attention. Other high profile projects include mixing the second installment of the Rebel Rave mix CD for Crosstown Rebels, released in November 2011 and performances at the Movement Detroit Festival and the closing of the famed Inti Fest in Peru.