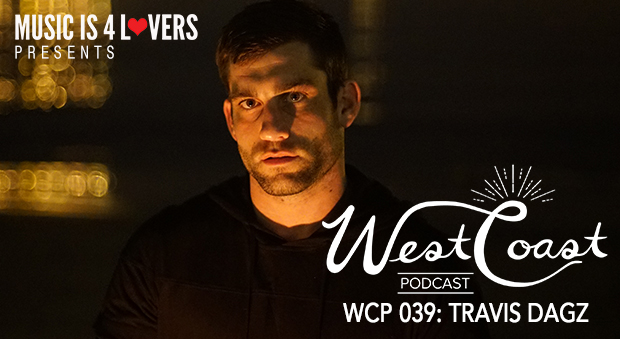 Born and raised in Huntington Beach, California under the harsh rule of his academics obsessed parents, Travis Dagz played with music for the same reason he played with video games… he’s a complete nerd with an affinity for escapism, electronics, and electronic music. Growing up a disciple of Drum and Bass and the Hardcore Punk genres, Travis didn’t fall in love with House and Techno until 2012 during his studying abroad program in Spain for his geology degree. After spending the weekend clubbing in Ibiza at Space and DC-10, experiencing the sounds of Carl Cox, Dubfire, and The Martinez Brothers, he became a humble student of House and Techno and a frenzied advocate of the underground scene.  Ever since he’s been practicing the art of selecting and attending shows on a weekly basis. His love for the scene and tireless effort were noticed, and in late 2014 he earned his first spot as a monthly resident selector at Kitsch Bar and later at Mesa Lounge, both located in Orange County. His selections are full of unique and techy sounds, guaranteed to create an infectious vibe that keeps you smiling and moving all night long.

* CLICK HERE if you do not see the SoundCloud players.