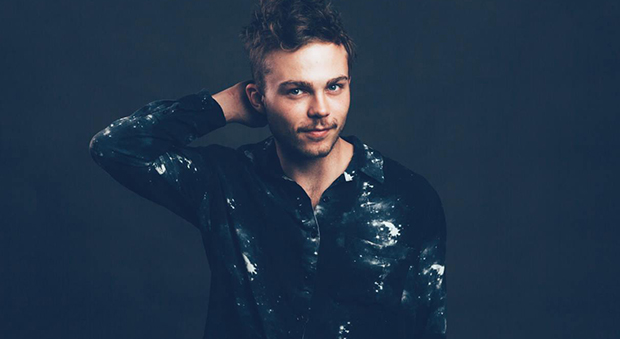 This Ain’t Bristol young gun, Fritz Carlton, is next up on the WCP!

It was 2013 when Fritz Carlton dropped it all in search of strange tones and quirky grooves, retreating to the depths of his San Francisco studio. Grueling days into nights at the helm earned him a deep knowledge of analogue synthesizers and a unique outlier sound he could call his own. Three years later Fritz has emerged as purveyor of wonky shades of House and long nights on the West-Coast’s darkest dance floors.

His self-proclaimed ‘Weirdo-House’ sound has come to personify the bizarre scenes in which it was conceived. Hypnotic basslines, unconventional breaks and a dizzying sense of timing carries fans on a sometimes psychedelic, always strange journey from peaktime to sunrise; A flag-bearing genre of party-freaks from coasts-to-coast.

2016 has been truly massive for Fritz. A standout performance at the Desert Hearts Spring Festival was one of the most talked about of the weekend by fans, friends and critics alike, leading into his debut release on the collectives burgeoning Desert Hearts Records imprint. The ‘That’s My Kinda Night’ EP has emerged as one of the labels biggest to date, earning support from Claude Vonstroke, Doc Martin, Huxley, Kry Wolf, Hannah Wants, Justin Jay, Riva Starr, Joyce Muniz, The Glitz, Billy Kenny, and more.

Fritz has released on a slew of labels during this breakout stretch, including This Ain’t Bristol singles ‘Mohki’ and ‘Bruce Wayne’, his ’‘Feel It’ EP on Perfect Driver, the ‘No Law in Dancing’ EP on Nite Records, ‘Go!’ EP on Lazer Native and many more momentous highlights. Be on the lookout for his Main Course debut, forthcoming September 9th on the new Plates compilation.

During his passionate treck through the minds and hearts of the underground, Fritz has remained true to an unabashed sense of sonic exploration and a clear rejection of the rules. With nothing off limits, this explosive talent looks towards to the future with a crazed smile on his face and an ear towards the sounds of tomorrow.