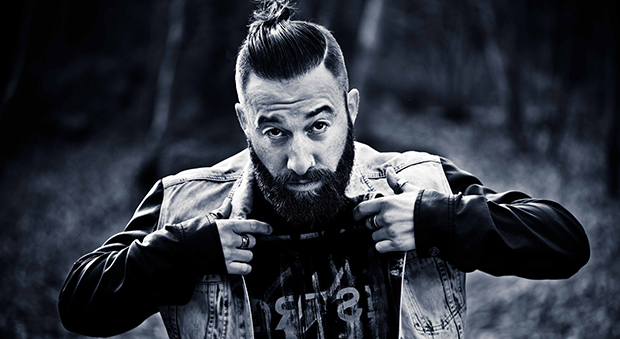 David Granha is a Spain born producer with more than 15 years of career in the electronic music scene, and a prolific discography in labels such as Steyoyoke, Parquet Recordings, Einmusika, Manual Music, KMS, Sudbeat, Natura Sonoris or Microcastle.

In his long career, it also underline that he was selected by The Red Bull Music Academy Bass Camp in 2012, an achievement that can only boast a handful of artists.

Given his strictness and his nonconformist attitude, his music has become indispensable for many of the best DJ’s of the world, thus, he has won the support of artists like Damian Lazarus, Laurent Garnier, Hernan Cattaneo, John Digweed, Umek, Nick Warren or Dave Seaman.

Today, David is working in a batch of new jobs. Specifically, a remix for the sensational vocalist Forrest, who has worked with labels as Get Physical or Mobilee. He is doing collaboration with the band Flowers & Sea Creatures, to the Canadian label Strange Town Recordings.

Also noteworthy is the immediate remix for Several Definitions and he is remixing Rafael Cerato & The White Shadow on the London label Chapter 24, a release which also will be included a version of Marc Marzenit.

But that does not ends the list of future short-term projects, and also because it can advance its next release in the respected Valencian label Sincopat, and the return to Steyoyoke with a new EP and a remix for Nick Devon.

There is no doubt that 2016 is starting very strong for David Granha, one year to which must be added his upcoming performances in Denmark, Germany, Canada and Belgium.

His amazing adaptation and ability to create different styles make it a safe bet that leaves a mark of in his sets and live performances.

Eclectic confessed, David masterfully unfolds between narrative landscapes based on the new Deep, techno cuts and bases with a deliberate dirt, melodies that give an unmistakable character and a genuine sound full of class and elegance.