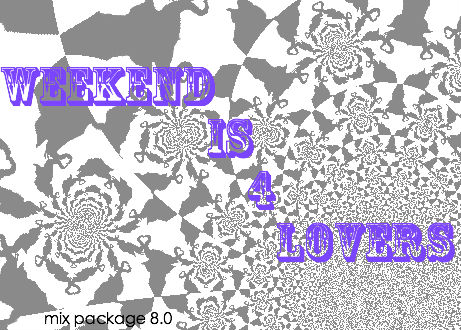 [Mixtapes] Happy Friday Lovers! Make sure you’re getting down to some of these sexy, funky, raunchy sounds this weekend, because with Burning Man behind us and sweet fall in front of us, there is nothing but love all around us, and there isn’t a better way to express that than through sharing some music. This week we have a slew of mixes that are just keeping it real — every emotional shade you’d want out of a musical journey shines through here.

Death On A Balcony for i-dj

Mix Pick Of The Week

What have you been working on last months?
Actually really busy with the label and preparing the next Big label compilation “Deep Love 2” that will be released on 1st October, so keep your ears out for that. Apart from this we did a few remixes for Yosa on Dirt Crew and Good Guy Mikesh & Filburt on Riotvan. On The compilation there will also be a new Dirt Crew Track called “Sweeter” …

What can you tell us about your evolution from the first releases to the latest?
As Dirt Crew rec started in 2004 we mainly progressed through a lot of different styles from House to Techno and even Disco, nowadays i’m happy to have established a really good musical way for the label with young and upcoming producers like Detroit Swindle, Elef, Last Mood, Charlie Banks and coming up lots more new acts like Ben La Desh, Purple Velvet, Gitchell Moore, Urulu and Morning Factory.. going to be great and exciting times the next moths!

What can we expect about the mix?
Well basically i tried to include a lot of really fresh tunes that i just received this and last week and also play out right now … so all tracks in the mix are new.. or new edits of older stuff .. in the 1 hour mix i go from really deep house jams to more disco and techy tunes.. this really reflects all styles i usually do in my sets..