We talked to Mr.C ahead of his ‘Radical Inclusion’ release on Superfreq 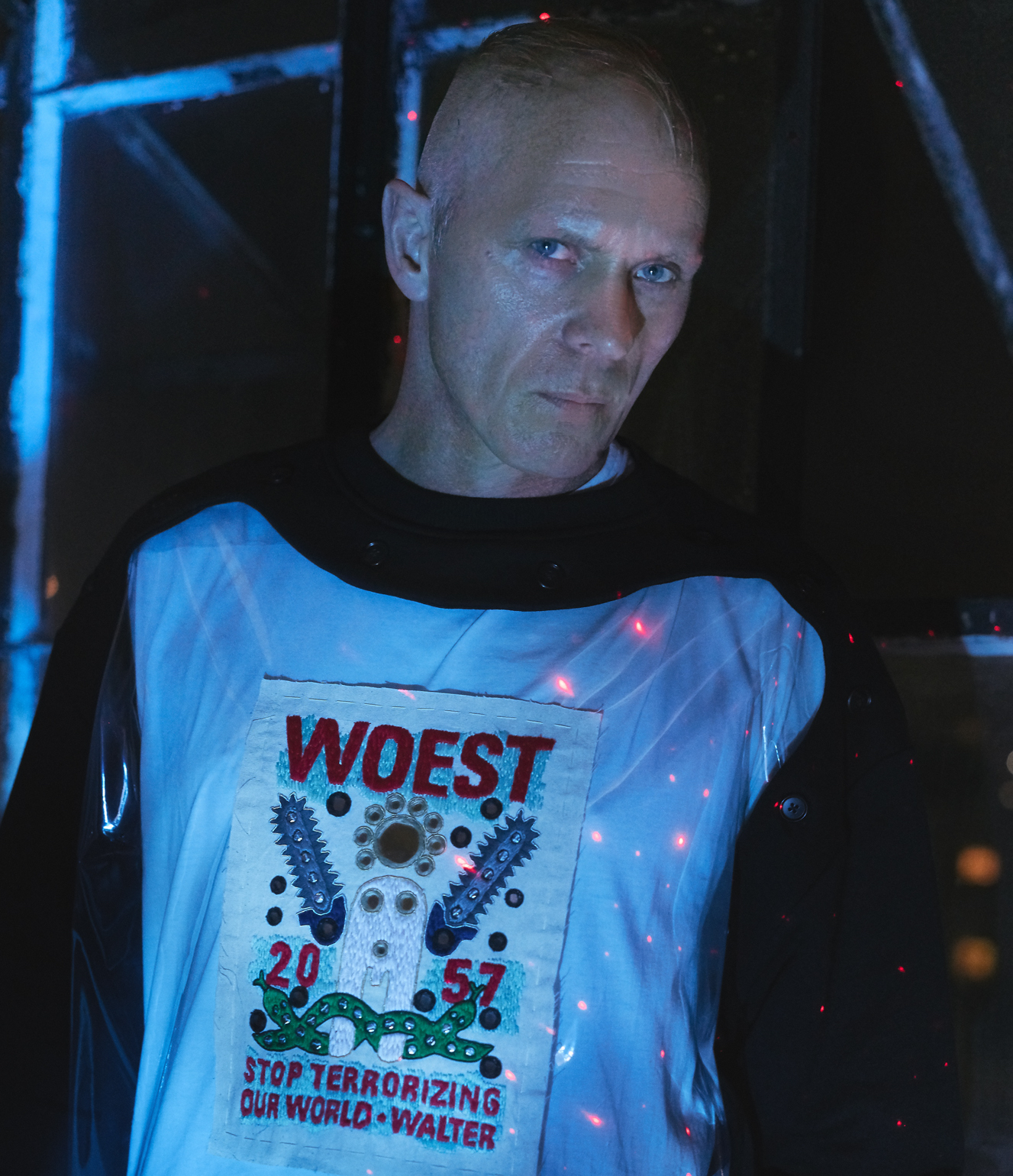 Richard West has a history deeply embedded in the underground scene. Starting off as an MC at the age of 16, he has gone on to be part of multiple projects including The Shamen, Sycophant Slags and Indigo Kidz, as well as heading up nightclub The End with Layo Paskin of Layo & Bushwacka! and running labels The End, Plink Plonk and Superfeq.

He now returns under his Mr.C alias with ‘Radical Inclusion’ which drops on Superfreq on June 14th 2019.

1. Hey Richard, thanks for talking to us today! Where abouts are you at the moment?

Hi there, thanks for having me back. I’m in Los Angeles preparing for my next trip tomorrow. I have Superfreq in London on Saturday 8th and then next week I play in Hong Kong on Thursday and Bali on Saturday where I get to chill and spoil myself for a few days with luxury spas, massages etc. I then travel back to London for Summer-ized Sessions on the 21st & Clockwork Orange’s festival Clockstock in Chelmsford on the 22nd before returning home to Los Angeles.

2. You’ve been a part of so many amazing projects during your time in the music industry including The Shamen, Indigo Kidz, Sycophant Slags and of course Mr.C among others. To start off what are your top 5 tracks you’ve been a part of?

Such a tough question as I’ve released well over 300 tracks but my top right now, which can change every week, are:

1. Possible Worlds by The Shamen
2. Rize by Mantrac
3. Anti-Sailing by The Sycophant Slags
4. Afterglow (Mr.C remix) by Its Thinking
5. Synchronicity by Mr.C

“The underground scene is amazing on a global level. Sound systems, lighting, visuals, decorations, production and the music are all way better now due to technology.”

3. Can you talk to us about the music industry at the moment. When you started out it was very spontaneous with illegal raves, secret locations etc. where as now it’s much more organised. How do you think this has affected the scene?

Of course it’s affected the scene. When I stated out in the mid-80s there was only a few thousand people globally into electronic dance music. Now there’s hundreds of millions. Right from the get go there was always a commercial side and an underground side. This has multiplied and I actually believe that the scene gets better every year. Of course what most people experience is commercial and not for me. However the underground scene is amazing on a global level. Sound systems, lighting, visuals, decorations, production and the music are all way better now due to technology. Also, people who are into the more innovative side of the music are way more clued up about the music too, which means as DJs we can push even further, not that many DJs actually do.

4. You held a residency on Kiss 100FM from 1993-2002 which of course has a history rooted in pirate radio. Were you part of the pirate radio movement prior to this?

Yes I was. I was the rapper for the LWR Soul Syndicate in the mid-80s and worked extensively as an MC for Ron Tom & Jasper the Vinyl Junkie. I then worked as an MC with Colin Faver (RIP) and Eddie Richard before releasing my first deep house tune in August 1987. After that I started to DJ and my first pirate radio shows were with the legendary LWR radio in London in 1988, after which I had regular radio show’s on Fantasy FM in 1989 and then Dance FM from 1990-1992. Dance FM was arguably the best dance music station in London for a long time. I had 2 shows a week on Dance before moving to Kiss 100FM where I had a weekly radio show for 10 years.

“The sound at Superfreq events was and is very unique. I therefore felt that it was important to represent that unique sound with record releases.”

5. When did you decide to extend your Superfreq events to become a label? Was there a particular moment that kickstarted this?

Superfreq had been going for only a couple of years before I released the first Superfreq record. It was always a plan to make Superfreq a record label too as the sound at Superfreq events was, and is, very unique. I therefore felt that it was important to represent that unique sound with record releases. Also, I feel it’s important for people in the industry to give back and for me that meant creating a platform for new talent. I did my first label with Paul Rip called Plink Plonk, which we started in 1992 as soon as I got my first big pay cheque from The Shamen. We then started End Recordings at the end of 1995 to mirror the music attitude of our London nightclub The End and I then started the Superfreq label in 2004.

6. Your single ‘Radical Inclusion’ drops on Superfreq on 14th June. How did you choose your remixers for it?

I wanted to keep the remixers in-house. Superfreq artist Radio Rental engineered the demo in his studio on Kuala Lumpur so he was definitely getting a remix. Dance Spirit engineered the mix down here in L.A so they had to get a go and Jay Tripwire is not only one of our artists, but arguably one of the best producers alive so he had to get a go too. I’m working on more remixes for a remix package with Lee Reynolds, David Scuba & Chuffing Buffy, who are all label artists and I’m also having Willis Haltom & Phillip Charles have a go too.

“I’m sick to the stomach with the rise of racism and narrow mindedness toward gender fluidity, which is fuelled by the fear driven into us by the mainstream media and also the powers that be, who have made survival extremely difficult.”

7. Let’s talk about the lyrics of ‘Radical Inclusion’ which seem to be very politically charged with an aim to “abolish all exclusion”. Can you talk about your choice to create this track in light of today’s politics? Of course with the move from London to LA you’re very much involved with two political scenes.

I’m sick to the stomach with the rise of racism and narrow mindedness toward gender fluidity, which is fuelled by the fear driven into us by the mainstream media and also the powers that be, who have made survival extremely difficult. People literally have to work two jobs to survive these days, which makes people protective and greedy, which is exactly how things have been orchestrated by the ruling elite. Dance music has always been a medium in which all people are welcome. It’s born from the gay and black music scenes and has now proliferated the entire world. However many people seem to have forgotten about its roots. As a songwriter I feel it’s my duty to make politically charged songs and I strongly feel that we need to let go of all hatred and have a radically inclusive society in which everyone is treated equal, regardless of wealth, colour, race, religion, gender, sexual preference or political stance. This is what Radical Inclusion is all about.

8. You have your ‘Radical Inclusion EP’ launch at Superfreq on Saturday. We saw that you have a close connection with your fans with a free exclusive Club Dub version of Radical Inclusion and an after party where all attendees are invited. Why do you think this sense of community is important?

Community is vital to retain a thriving underground scene. In fact community is vital in all walks of live and sadly it’s being eroded, again by the controlling elite and their media, to make people fear each other. We have to communicate with each other. We all want the same things in life. It doesn’t matter if you’re politically left or right, we all want to be happy, be comfortable, look after our families and friends and enjoy life. It’s only the lies from the mainstream media that divide us and it’s by having community and being prepared to listen to each other that we can push humanity forward as a unified Human Race. In the party scene, community forms not so much on the dance floor but at the after hours, when people communicate more and realise that we’re essentially all the same, with the same needs and desires. Community is everything.

“The psychedelic experience and also dancing have been the agents of Human evolution.”

9. You’ve always been an advocate for the use of drugs, do you think there needs to be more education surrounding this topic?

Absolutely. The psychedelic experience and also dancing have been the agents of Human evolution. The war on drugs is futile so it’s time to stop it and actually give people real information instead of telling lies. It’s great seeing many states here in the USA legalising cannabis, this needs to be global and it’s awesome that Denver have decriminalised magic mushrooms. Way to go Denver. The entire world should follow the Portuguese model and decriminalise all drug use. Drug addiction and other problems associated with addiction would drastically reduce and this includes crime.

10. We saw you were involved with the short film ‘I am Ana’ can you talk to us a bit more about this, how did it come about?

I had the lead role in ‘I am Ana’, a film by Sergio Caballero of Illumine Film NYC. Sergio was a client in one of my many Meditation and Creative Visualisation workshops in New York and when he was writing ‘I am Ana’ I came to mind during a certain part of the script writing. Sergio then reached out to me and asked if I would do the lead role. This hard hitting short film is about a British Playwright who has his Broadway premier and uses his younger sister to persuade his estranged parents to travel from London to New York for the Broadway Premier. It’s then that my character Ryan lets loose on his dark family secret. I can’t tell you more as it will spoil the viewing. Here’s the link to the film: https://vimeo.com/266499612

11. What can we expect from Superfreq and Mr.C in the future?

Superfreq will continue to release music prolifically and also continue putting on events in L.A, London & many other cities. As Mr.C I have a very busy touring schedule throughout the summer. My ‘Radical Inclusion’ remixes will be out in the early Autumn and I have a new collaborative project with Radio Rental under the name WonkyTonk, which we will also be released after the summer. I’ll also be making some more music as Mr.C as a follow up to ‘Radical Inclusion’ for later in the year. 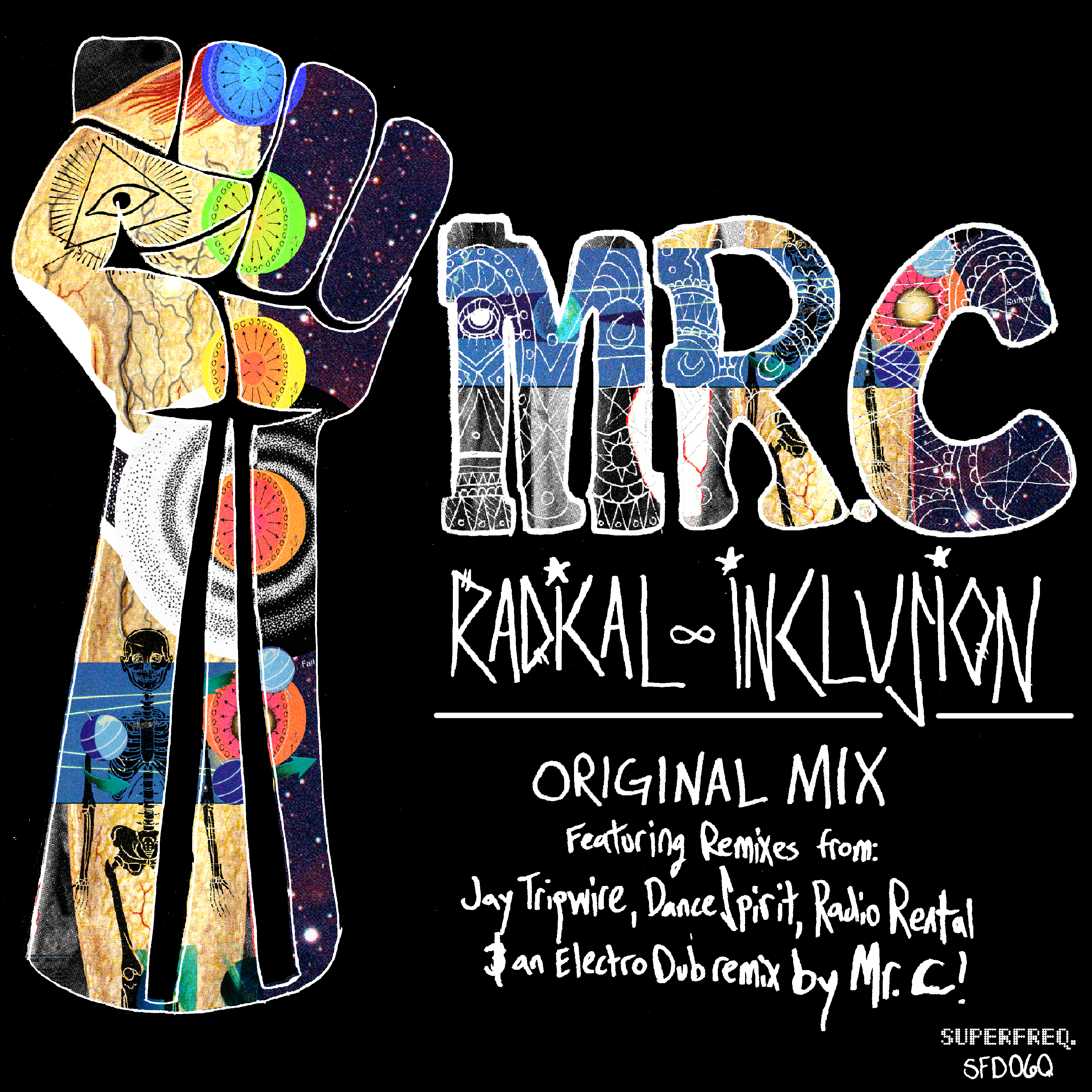