We spoke to Saxon Sound System member Tempo O’Neil (AKA Sugar Brown) ahead of his Liberationparty Records release, the ‘Beauty Comes EP’ 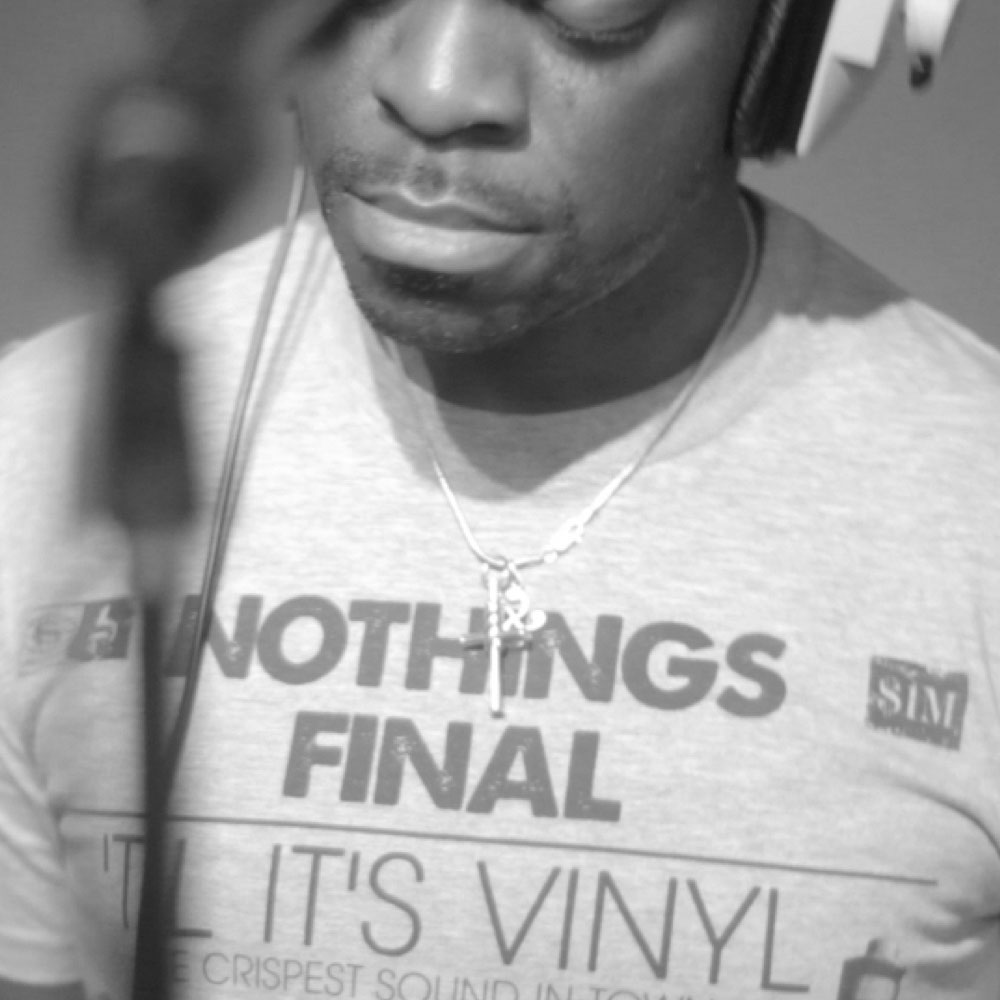 The long-standing producer and vocalist Tempo O’Neil is back under his Project 16 pseudonym, for a new EP that draws on his long life of musical experiences having first started singing aged just 14.

A storied life has seen this London based Luton-er become a member of the Saxon Sound System under the alias Sugar Brown, key player in the acid house revolution, employee of Big City Records and producer with a long list of credits on numerous top labels. Always evolving his sound, he is as vibrant in the studio now as ever and still exploring new ground.The ‘Beauty Comes EP’ on Liberationparty Records will be available April 15th 2019. ‘Beauty Comes EP’ is available to preview now on SoundCloud:
[Preview]

1. Hi Tempo great to talk with you, thanks for taking the time to speak to Music is 4 Lovers, how are things with you?

Ah, really cool thanks, thanks for asking!

At present I’m feeling great about my new EP release and sorting out a fresh set to PA and also a DJ slot for the nuwaveradio show that I host, so I’m keeping busy.

2. Can you tell us a bit about your formative musical experiences as a child and growing up around music? We believe you have been performing from the age of 14?

Yes I have, lol. I used to hear lots of music played by my mum and dad, especially on Sundays. My mum would play sacred records which were anything from Pat Boone, Elvis, Bing and Nat King in the mornings, Toots & the Maytals around midday, then The Upsetters, Slim Smith, Blue beat to Cornell Campbell throughout the rest. During the day and evenings, we would sometimes all go in the front room and dance. I was only about 4-5 years old and it continued till I was about 12.

I had older brothers and the eldest & middle brother got into sound systems and I followed them from there… So you really wanna know how I got introduced?

“Before I knew it I’m in a club getting a big introduction on the mic in public. It’s like when that guy in the boxing ring is announcing a Heavyweight Champion in a club of about 150 people I was nervous as hell.”

I was washing up dishes, two sinks full, and my middle brother was listening to me singing. I’d always sing my own songs or catch a melody and sing it my own way, so Gary says:

“There some guy who sings at this club on a sound system and he’s rubbish! and they’re going crazy over him. You’re much better than him, come up and practise with us!”

My brother’s crew were a lot older than me so I did feel a bit out of my league, but I loved the music! So at the first practice I was singing and it was so amazing, they were responding with full praise and before I knew it I’m in a club getting a big introduction on the mic in public. It’s like when that guy in the boxing ring is announcing a Heavyweight Champion in a club of about 150 people I was nervous as hell, but as soon as I started to sing things got better and better till I ended up on the best sound systems in the UK, if not worldwide, Saxon Sound System. Known for artists like Tipper Ire, Smiley Culture, Maxi Priest, Asher Senator.

4. How have your experiences shaped the direction of your label Liberation Party in terms of ethos and sound?

Yeah good question. I mean I just loved singing and reggae was one of the first elements I took my development from, but I was also doing Soul, Hip Hop and Electro to rare groove. This had all been done with mates and it was a nice ride… till Acid House came along. Wow that was crazy! There were Dub samples, Rap samples, massive Breaks for love! (Sydney young blood lol) and French Kiss!! It changed me without even realising, all the samples of music I loved were in house music.

Then when I got involved with labels such as “Brain records” & Big City records then SOUR and Fity-First. I was doing different styles of vocalising but also getting exposed to great hits like Just for you London, Original Nutter from Shy FX, and my own tracks ‘Everyday Junglist’, ‘You’re my Inspiration’ with Tuff Jam and Cross Tracks, Dub plate culture, so many things!

But slowly I was getting frustrated at some of the ideas and production from the DJ’s and engineers I worked with. Sometimes it felt a bit the same, same patterns and ideas. I’d worked with Grade 8 musicians and then I’d get a bit fussy working with some of the DJs and engineers. That made me start to learn to write my own stuff for my own vibe.

So the ethos for Liberation Party is it has to be high class cutting edge grade and sound. I like the old school edge with funky and twisted bass patterns and love grooves. I’m always looking at different angles.

5. What can we expect from your three tracks on the ‘Beauty Comes’ EP, what journey are you taking us on, and how did you tackle this creatively in the studio?

The EP is a bit of an emotional journey I guess. “When beauty comes” has choir harmonies, strings and the acidic bleeps which touched me big time. I think elements of the past loss of my brother came to me when improvising the vocal, but the song can also reflect the birth of something new. Yin & Yang.

So the main track “Its Alright, its ok” is a deeper track again with subliminal messages. It starts with strings and spoken words at the beginning and that bassline comes in to hold you up, to me that’s what I love. Messages… and then the kicks and hats come in…

“Take some time out for living” is a pretty funky grooving tune which complements the whole package, riveting strings and piano stamps and nice baseline. It’s a definite journey of life’s good things and short comings. I’m sure some if not everyone can find something out of this package.

6. How does your work under the Project 16 alias differ compared to other Tempo O’Neil productions?

Project 16 is some of the best track ideas I had from time ago and kept back for myself while working in the studios with other producers and other friends. So when you hear the next P16 track you can be assured it’s me trying to put my best foot forward.

7. Would you take us through the essential gear in your studio, from hardware to vocal mics?

Yes! have Audio Technica mics AT4040SM big thanks to them guys! I have borrowed a Audio-Technica BP40 which really a super mic, just like my RØDE NT1-A. Then I have a Maschine and a Virus Access Native Instruments and Yamaha SY-85 Synth.

“The promoter started screaming like a mad man! He was saying F#@king hell this is a Serbian national symbol they don’t do it to F@#kin out siders! and they did it to you!”

8. Having spent your life producing, collaborating, performing and touring, we would love to know some of your personal career highlights?

Best so far? Singing with Carl MacIntosh of Loose Ends in a studio was great and performing with `Robert Owens was nice too. However, I have to say that Exit Festival is by far one of my greatest career highlights.

The first time around on the DJ stage there was a total crowd of ‘bout 30,000 people? I was on the mic doing my thing on a 3 hr set with Alienfunk Movement DJ’ing and after about 1hr I made a connection with the crowd.

I was following the crowd some people would do a V victory or a fist pump and I’d do it back then this dude does a funny hand signal with his thumb & fingers.. so?

I done it back to the crowd and almost the whole crowd of people put their hand signal back to me… I kinda piss myself as I didn’t know what it was, then the promoter started screaming like a mad man! He was saying F#@king hell this is a Serbian national symbol they don’t do it to F@#kin out siders! and they did it to you! You must say something back in Serbian. So yeah I think that was pretty cool.

Also I have to say a live set with Schatrax in the South of France was very nice too.

9. Away from recording and performing what are your other passions and pursuits in life?

Ahh I’m doing Wing Chun Martial Arts. It’s a form which was taught to Bruce Lee!! I’m now just finishing the Wooden dummy form and then the last form Biu Jee, it’s been a great help to keep me focused.

“I have some new broken beat, down tempo kind of hip hop tracks I’ve been sitting on to be pushing out.”

10. What’s up next from yourself and Liberation Party Records?

Ah I’m itching to get back to doing some a live set with all this new material soon, also a few more podcast and I have to PA this EP. I also have new collaborations in the pipeline with an old school producer commencing. For the label I have some new broken beat, down tempo kind of hip hop tracks I’ve been sitting on to be pushing out.

11. Thanks for speaking with us today, is there anything else you would like to add?

I’d like to do a big shout to all who’s helped and supported me on my journey, thank you! and also…Music is 4 Lovers, cheers! 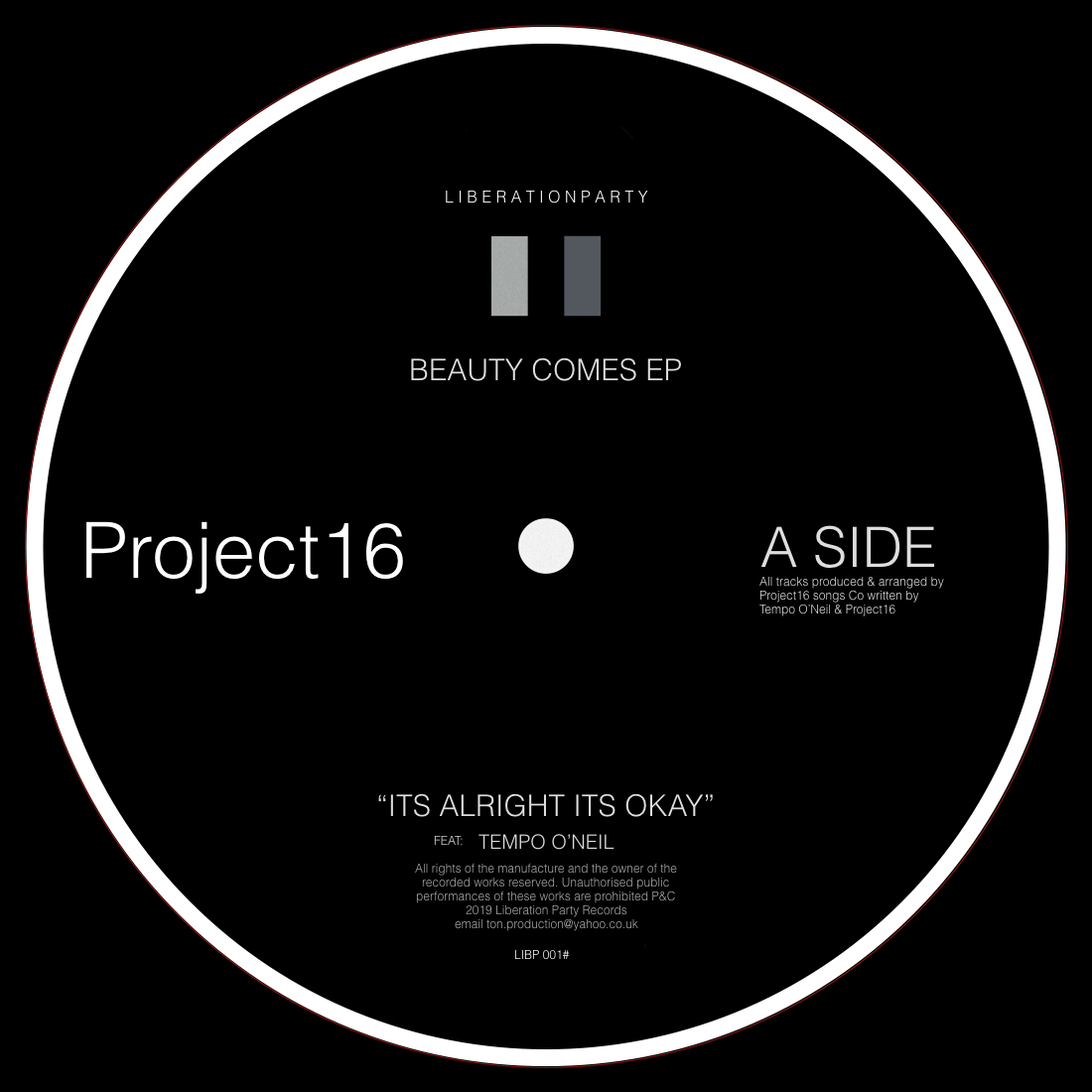