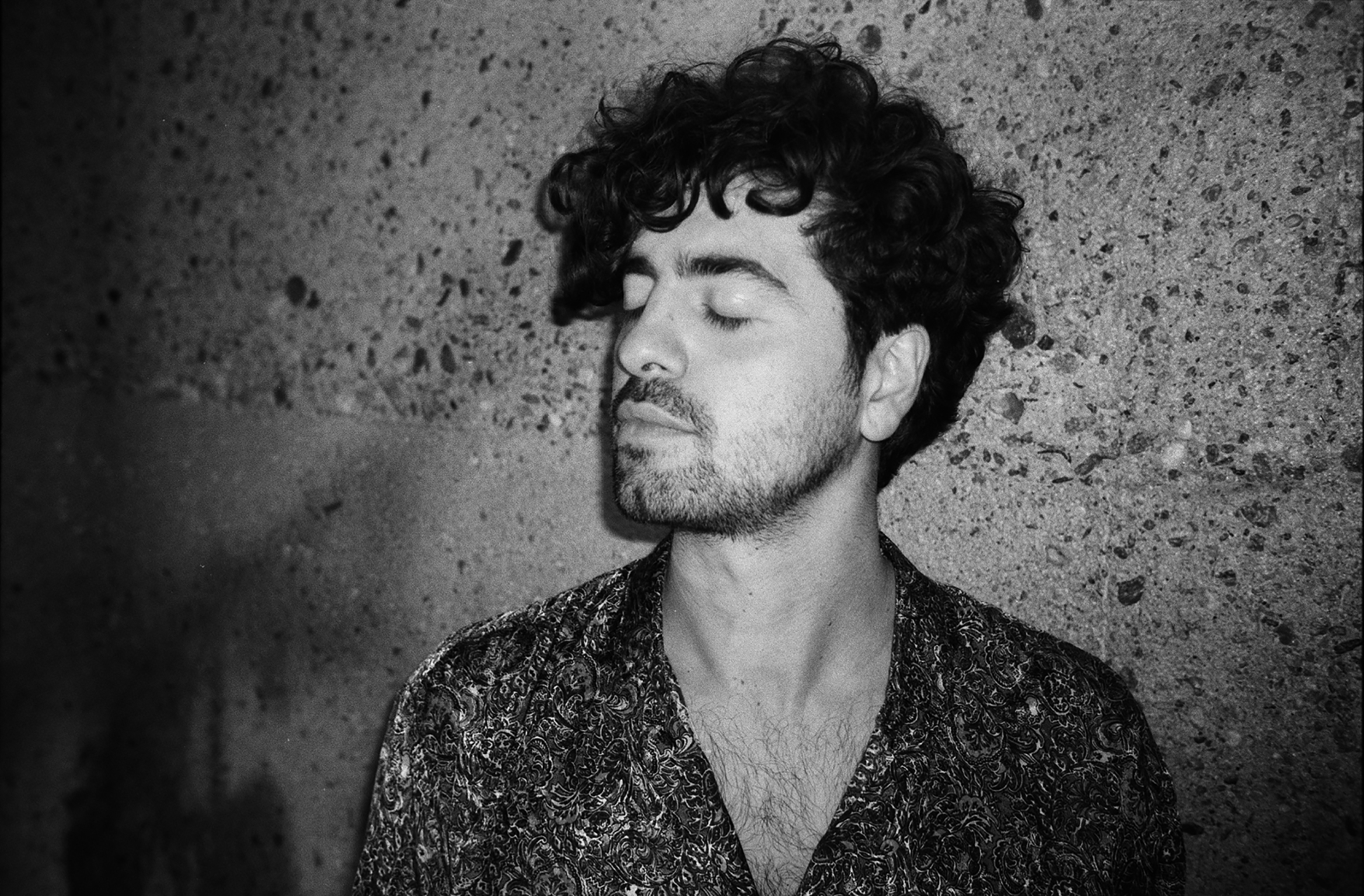 The multi-talented artist Mâhfoud is to release his much anticipated debut album ‘The Fear Of Dying With Potential’ on Klassified Records on the 22nd March.
This producer, vocalist and classically trained guitarist has a passion for art and music with multidimensional perspectives. He mixes traditional instruments with electronically driven sounds in his work on labels like Diynamic Music and Traum Schallplatten. This statement of intent is informed by his heritage, his parents leaving Syria and being a foreigner in his adoptive country.

1. Hi Marc, great to speak with you! You were originally born in Syria, moved to Germany and went to university in Holland where you are now situated. Could you tell us how this life journey shaped your musical outlook?

Thank you for the interview! Yep, that’s true! I never really thought about my heritage consciously up until I was in the middle of my studies in the Netherlands. I always considered myself a German until then. I went to school in Germany, had German friends, spoke German in my daily life and once I lived in Maastricht, I began communicating with people from all over the world in English. That gave me a certain distance to my linguistic habits and gradually influenced the way I perceived the dogmas of culture. Through these multi cultural interactions in Maastricht, I learned that in my childhood and youth my sense of belonging had outweighed my sense of identity. I began to understand who I was, where I came from and ultimately approach music with much more honesty and reflexion.

The less I think in genres, the less I constrict myself and the musicians around me.

2. As well as being a producer, you are a vocalist, lyricist, classically trained guitarist and composer. When did you decide that electronic music was going to be your future path?

Nice that you ask this. I do not think that this path is engraved for eternity. Many of my friends were surprised about my interest in electronic music, because we started out jamming on grooves coming from jazz which would insinuate a tendency towards less “generic” vibes. But in my opinion working with electronic music opened new doors into such a vast universe of opportunities. Hence, I think the decision was a fluid process of discovering what is out there and implementing it in my own vision of what I would like to do. The less I think in genres, the less I constrict myself and the musicians around me.

3. We’re excited to hear your debut album is nearing its release on Klassified Records. What’s the story behind releasing on this label?

Sometimes you meet people in your life and it just clicks. This was the feeling I had when I met Thomas and Julien de Bie. Two wonderful human beings that put the hours in and I deeply respect their working ethics. I released on a variety of major labels that have been anchored in the industry for a while. Even though I have no regrets, I always thought the process was too much top down and authoritarian. I think our generation of producers, promoters and creatives are tired of the status quo and want to evoke a disruptive change through transparency, communication and less ego. And that is what the label of Klassified embodies in my opinion. On top of that, they are just as hyped about releasing the album with me as I am with them. It is a horizontal approach to such an intimate project and it just makes everyone feel thankful and happy.

I believe that every story of each human being in this world is strong enough to be told and to inspire.

4. This eleven track LP ‘The Fear Of Dying With Potential’ has really caught our ear, with its eclectic sound. What does this album mean to you personally?

Thank you ! I like to think of the album as a honest reflexion of my life until now. I always had a strong urge to keep the memories of my childhood alive, even though it sometimes meant going through self doubt or being confronted with big questions. I write journals, poems and have an archive of old letters from friends, love letters from girls, old cinema and train tickets. Basically everything that could contribute to telling the story. And since I believe that every story of each human being in this world is strong enough to be told and to inspire, I also safeguard my own. The titles of the songs are reflections of certain topics that I researched, either during my studies or out of own interest. In most cases these result in an insight that shape my outlook and the continuation of life. With that being said, the fear of dying with potential means being concerned with not living up to your true self. Being distracted by the noise around you, being scared to dive deep into uncomfortable truths. Not seeing life as a gift but as a challenge and a race against others. There are many ways to look at this, I believe and I leave it up to the listener to decide what it means for them.

5. Could you go into some detail about how you tackled some of the tracks on this album from a creative perspective?

All the songs come from a place of experimentation. Since I did not work with other people I had to find alternative ways to get inspired. Every track has its own conceptual approach. “Music for plants” for example is written in correspondence to the vibrational frequency of some plants I have at home. I spent hours in the summer looking at them, trying to get into their world for a bit and take this inspiration to the studio. “Uganda shift” on the other hand is a very jazzy composition that was inspired by my trip through East Africa with my girlfriend. I recorded the vocals of a Karamojong warrior and played chords around it that underlined a very tribal element in a playful way. In the end I left the vocals out but only kept the keys. “Multiple life cycles” is quite a poppy composition in which I attempted to write for Cello and Violin, mainly because I picture the song to be performed in a concert, not in the club. Endless nights of trial and error, sometimes putting the tracks to rest and picking them up months later again, getting feedback from friends…In the end one has to be brave enough to let go and finish!

6. What are your essential bits of studio kit that you couldn’t work without?

I really don’t need a lot in the studio. But for the composing process I like to write the main chords with the guitar, then move over to the piano to jam on the progression until something crystallizes. These two instruments make a great team for me. Juno and Moog Sub Phatty are two go to synthesizers in times of desperation and my softube console 1 made my mixing workflow much more bearable.

Luckily it all worked out just fine, but it definitely left a mark and I never forgot a charger again.

7. Could you give us some of your favourite clubs/festivals and any memories that make them special to you?

Uff, that’s a tough one. I don’t really have a favourite club. But these small, intimate festivals are great. I am playing at Katzensprung festival this year, and The Monastery festival last year was a highlight. One lovely memory of my club gigs was in Hamburg, when the sound system collapsed and only the monitors on stage functioned. The people on the dance floor naturally relocated themselves to the stage and the party continued. My soundcheck at Ushuaia in Ibiza was a disaster! The technicians were real pros and I was playing live. The schedule was timed on the picosecond and I set up everything just to discover that I forgot my Macbook charger. With only 4% battery left and Ableton running, I only had about 5 minutes to coordinate everything. Luckily it all worked out just fine, but it definitely left a mark and I never forgot a charger again.

8. What do you get up to in your spare time in Maastricht when you are not producing music?

I spend a lot of time bouldering or working on environmental projects with friends. I set up a series of videos in which I introduce my artistic friends and film them during their creation process. It’s called “From Artist to Artist” and is an ongoing project I like to dedicate myself to when I have spare time. Analogue photography is a big passion and my girlfriend loves to cook vegan stuff, so I spend a majority of my time eating that, too.

9. What can we expect from Mâhfoud in the future beyond your debut LP on Klassified?

More releases and a lot of shows. We are currently working on a concert tour with befriended musicians to present the album in Barcelona, London, Istanbul, Amsterdam and New York and there is a compilation I made a track for with my buddy Javier Orduna. It is a super cool initiative harnessing the energy of nightlife to raise awareness and funds for climate action. Later this year I will release a 4 track EP on the London based label Needwant. I am excited and extremely thankful that I can sit here and type these words.

Thank you for speaking with us!

Thank you for the interview! 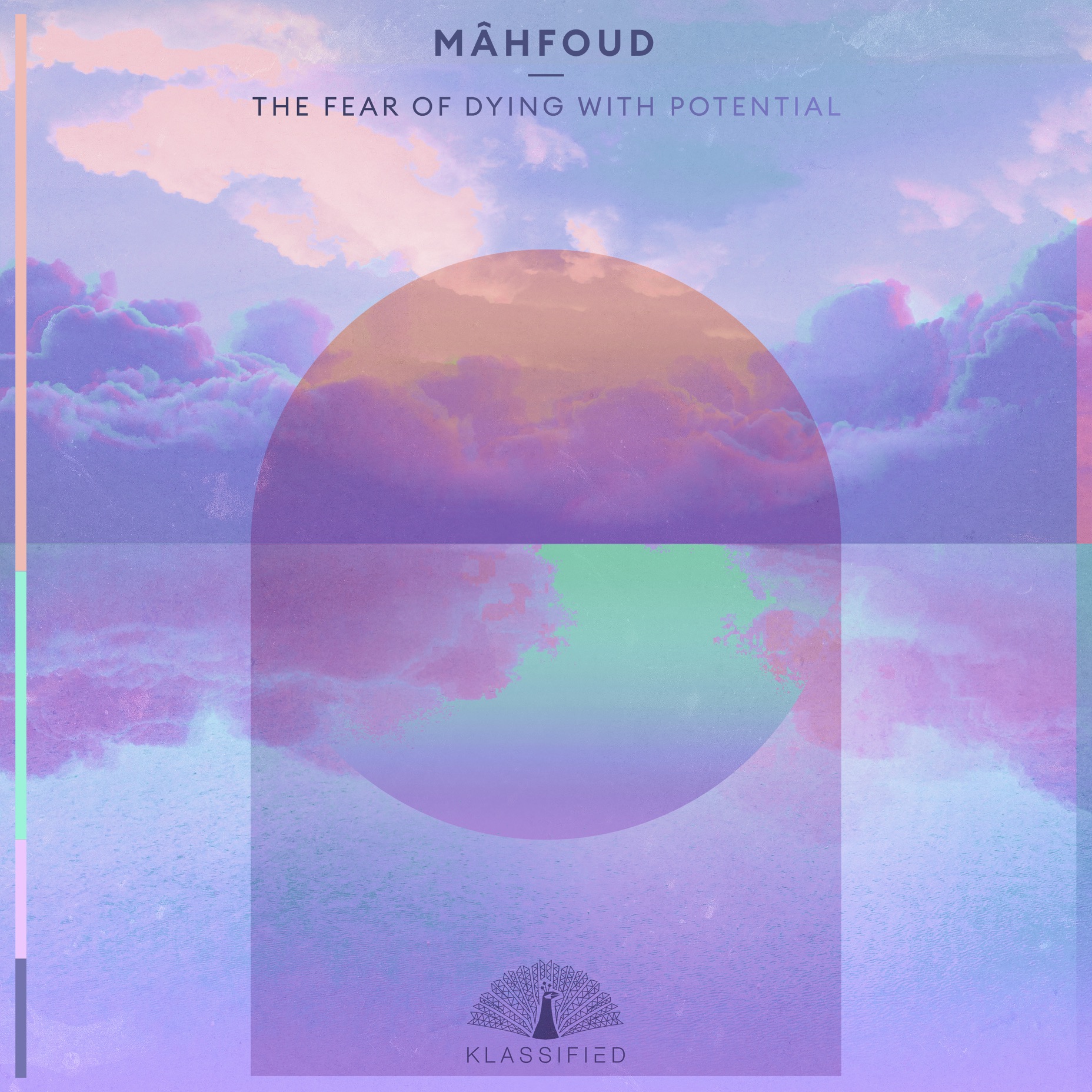