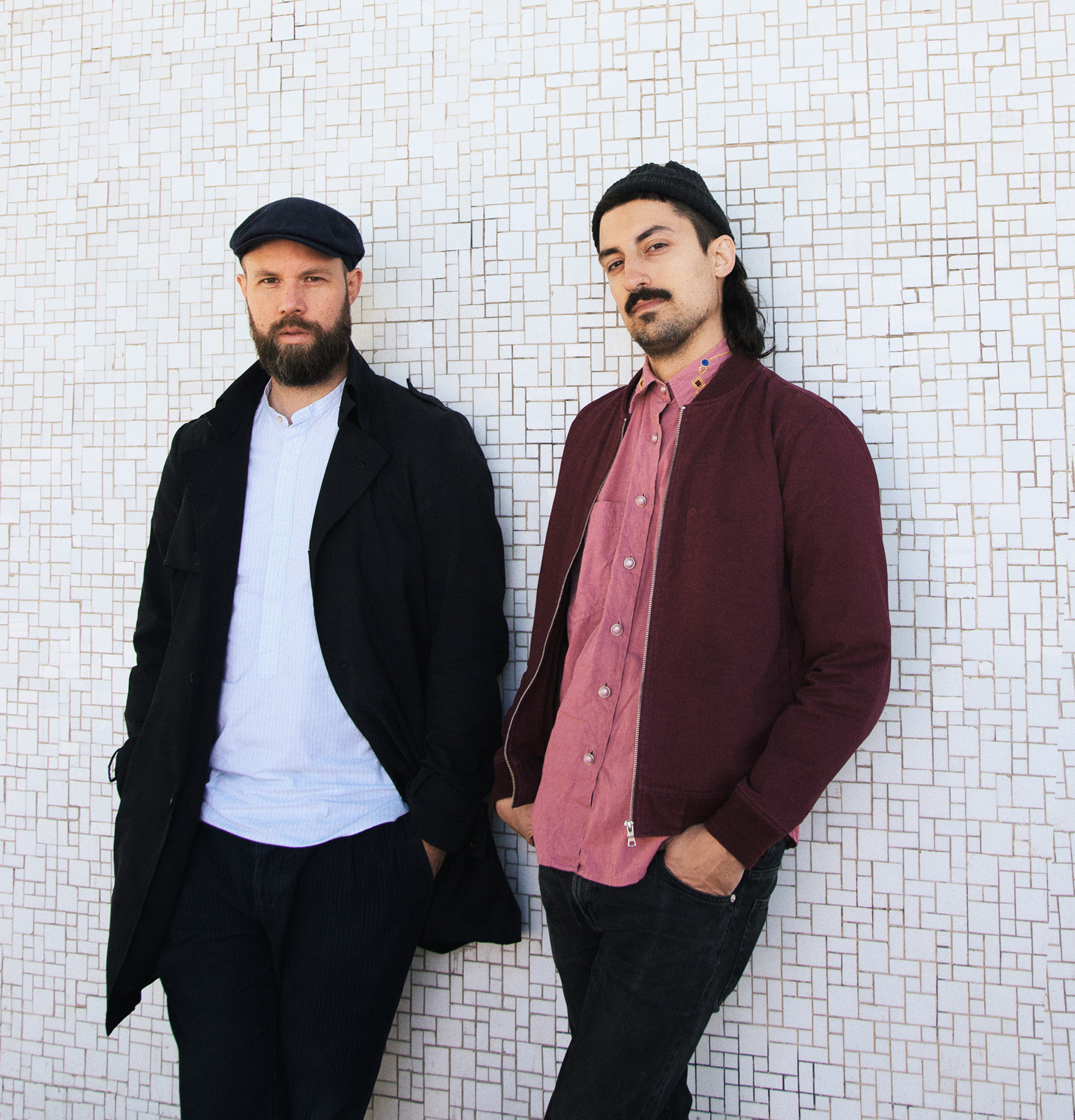 Following the release of ‘Can You See What I See’ on Get Physical last year, Berlin based El Mundo and Zazou team up again for the latest edition of Kindisch’s remix series.

‘Kindisch Stories by El Mundo & Zazou’ drops on June 28th and features new and fantastic original versions of tracks by Art of Life, Feathered Sun, Lunar Disco and more. It is available to pre-order HERE.

1. Hi El Mundo & Zazou! Whereabouts in the world are you at the moment and what are you up to?

El Mundo: I’m spending most of my time in Berlin now; I moved here from the Netherlands about 3 years ago and I’m very happy with the city life. Berlin feels like home and so does my studio, which I’ve created as a space where I can work and be at ease.

Zazou: Yeah, that’s where the two of us spend most of our days. We’re in a some kind of crazy flow right now, working on over a dozen songs in parallel, while getting ready to drop our first album on Kindisch in a few days.

“I had a serious hiatus from music in my teen years, but got back into it when electronic music came into my life in the shape of Fusion festival, like nine years ago. I was 29 then – yeah that old [laughs].”

2. Can you tell us a little about your musical influences growing up and how have they have shaped your own music productions?

El Mundo: I had a radio next to my bed in my teen years, and was intrigued by harmonies and the emotions I got from them. My musical taste was and still is very broad. From Hip-Hop, to Pop, to Indie, to Rock, to Electronic – at the end of the day it’s about that particular spark in the music, something that touches me. Every now and then my girlfriend and friends tease me about my “cheesy” taste. But I don’t care, I’m an emotional person and there’s no need to hide it

What eventually got me into electronic music was going to big room trance parties around 2001. And going from there to more underground clubs. Doornroosje, a club in Nijmegen my old hometown, shaped a big part of my upbringing in Techno music.

Zazou: My mom had me take piano lessons as a kid. Some years later I switched to the electric guitar, getting into Blues, Funk and Jazz. My biggest influences at that time were Pat Metheny and Jimi Hendrix. Between the ages 14 and 20 it was all about Hip-Hop for me. Which naturally happened to be the first style I produced. I had a serious hiatus from music in my teen years, but got back into it when electronic music came into my life in the shape of Fusion festival, like nine years ago. I was 29 then – yeah that old [laughs].

3. ‘Kindisch Stories by El Mundo & Zazou’ drops on Kindisch on the 28th June. Your first collaboration, ‘Can You See What I See’ came out last year on Get Physical Music – was this what inspired you to team up for this album?

El Mundo: Exactly. For our collaboration we actually started with creating four songs including ‘Can You See What I See’.

We sent them to Get Physical and they were very enthusiastic about them. ‘Can You See What I See’ ended up on a compilation but did so well that we choose to re-release it as a single including new remixes on Kindisch, Get Physical’s sister label. So yeah, continuing our mutual journey seemed like a natural next step.

“We sat down to browse through the songs and immediately felt like kids in a candy store.”

4. How did you and Zazou choose the songs to remix for the release? And how different do you find the process of remixing a track as opposed to producing from scratch, as you did together on your last release?

Zazou: Kindisch approached us and asked whether we’d be down to work out a Stories release based on remixes. My first thought was like: “Yo, we’d actually have more than enough sketches to deliver an original album.” Then they mentioned we could choose freely from their entire catalogue, which is huge! We sat down to browse through the songs and immediately felt like kids in a candy store. After two days we completed a shortlist of about 30 tracks. Then each of us would rate every song between one and three stars, and the top nine made it.

El Mundo: Getting the stems from each song turned out to be a bit harder than expected, since a few of them are several years old and were hidden in various backup hard drives somewhere in the producers’ basements. Once we had the material, we checked out which instrument or percussion loop inspired us the most and radically sorted out every other loop. After a while we had excavated what we felt was the essence of each song – the very spark, which made us choose them in the first place. Based on it we started evaluating and composing new synth sounds, bass lines, arpeggios, and percussion loops and basically built completely new shrines for each spark. Obviously that’s not the conventional approach for remixing, but it all just came naturally, and at the end of the day it’s about artistic expression even within the confines of a reinterpretation. “Stories” is quite a fitting term for that, as a matter of fact.

5. What’s your favourite remix on the album?

El Mundo: My fav is “He Is Behind Your Eyes” remix for Art Of Life. It’s a slow paced, grooving burner which just felt right when we were composing it.

Zazou: Our “He is Behind Your Eyes” remix for Art of Life. This song immediately inspired me to write some darkish lyrics and guitar elements for it. I got a crush on basically every single element of the song.

6. You seem to have a very busy touring schedule, with performances across various countries last month alone. What are the challenges of trying to balance performances with production?

El Mundo: First off, I’m very thankful for having a busy summer. As for the balance – I’m very passionate performing both as a live artist or DJ, but also giving my very best in the studio. Each part needs time and love. Over the years my performances definitely improved by producing music. But also vice versa, so those two activities are pretty much symbiotic for me. I have a pretty spiritual approach with the things I do. I’ve learned that if I approach things that I care about with my very best efforts, everything will fall into place. Being in the now and with having a clear mind goes a long way too.

“It meant the world to me when a dude approached us after our set at Katerblau and told us he’d been weeping throughout several songs because he was touched so deeply.”

7. What can people expect from your live sets?

Zazou: For us it’s all about taking the floor on a journey. Music is a super emotional thing for us and we aim to convey that with our performances. It meant the world to me when a dude approached us after our set at Katerblau and told us he’d been weeping throughout several songs because he was touched so deeply. He handed me a sticker of his DJ duo, which I still boast on my touring keyboard. It constantly reminds me of what this is all about. 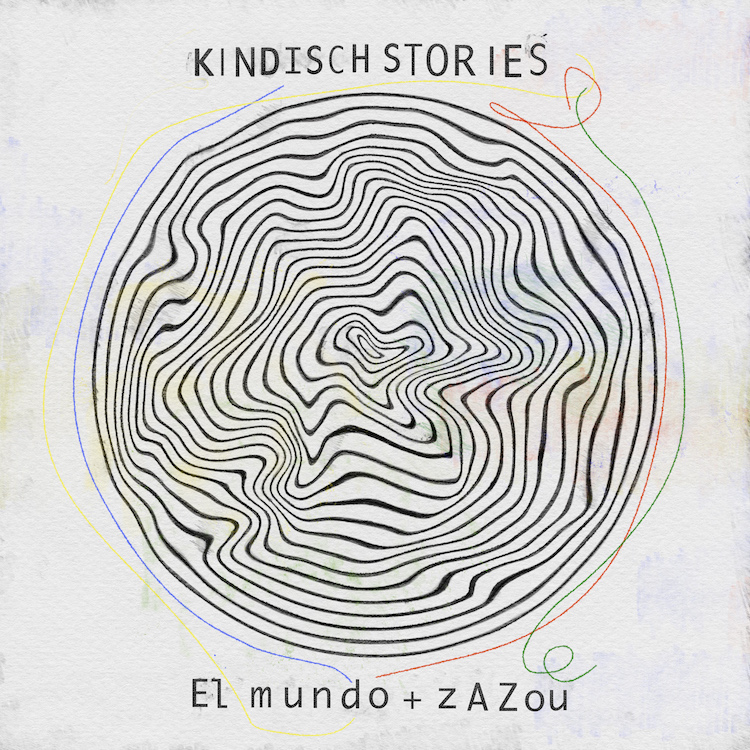