‘We Are One’ is a brand new single from contemporary talent Franky Wah featuring the legendary Carl Cox. 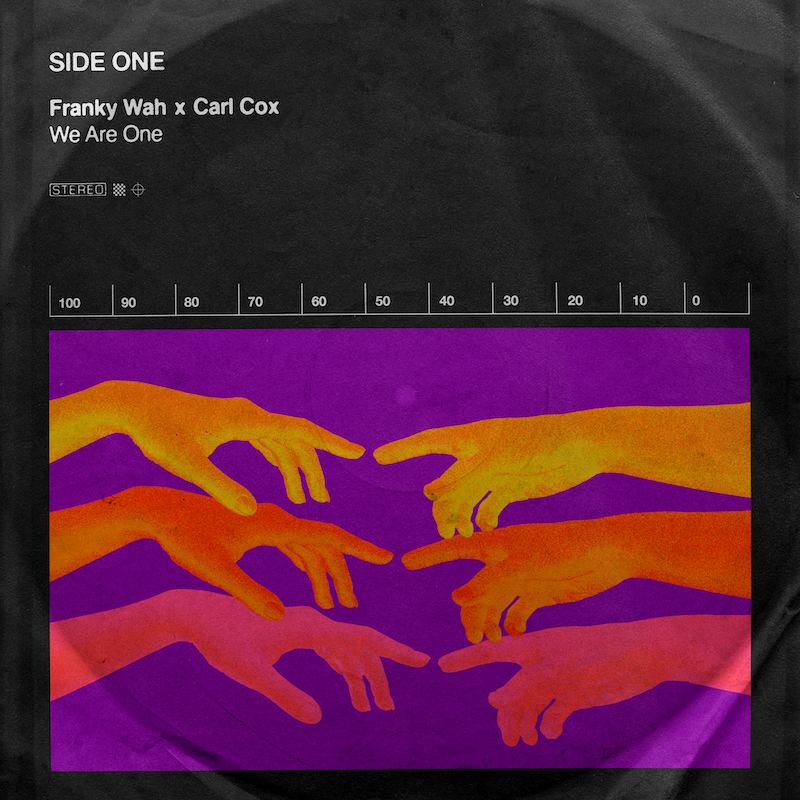 ‘Franky Wah is a UK-based producer and DJ who began making waves as a rising dance talent following the release of his ‘The Revival: Vol. 1’ mixtape in 2020. The release featured the breakout single, ‘Come Together’ which received multiple plaudits including being named Annie Mac’s ‘Hottest Record In The World’, and ‘lockdown anthem’ on BBC Radio 1, alongside a nomination for Hottest Record Of The Year and an impressive stint of 10 weeks on the Radio 1 playlist, with 5 of those being on A. Franky has also returned to the main stage in style this summer with an ‘All Night Long’ show at Fabric under his belt, as well as appearances at Warm-up Festival, Reading and Leeds and Creamfields to name just a few. Franky will also be taking to the road this October for his first headline tour, complete with full live setup at venues such as London’s XOYO.

Carl Cox needs no introduction. This titan of the dancefloor remains a techno mainstay and is synonymous with the biggest clubs and festivals in the world and for playing his highly energetic style of electronic music that effortlessly takes in a range of different styles. Always an innovator, Carl is as engaged as ever with the very sharp end of the techno scene.

This collaboration came about after hearing an interview with Carl propelled Franky to reach out. The thrilling ‘We Are One’ starts with an inspirational monologue from Carl Cox. He muses about dance music’s ability to let people escape as well as his musical roots. It is hugely atmospheric as swirling pads, and big breaks add the drama. When the track takes off, shooting synths will send hands skywards and shivers down the spine. It is perfect big room techno to bring a smile to the face of thousands of clubbers at once. An extended mix and an instrumental are included for heavy club use.

‘We Are One’ is a fantastic coming together of an enduring techno pioneer and an innovative new school talent.