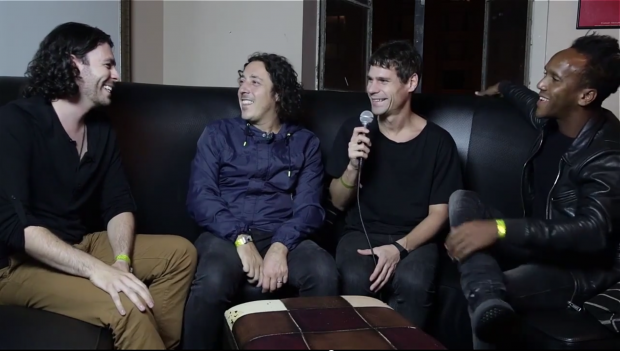 When Apollonia came to LA and played at Exchange for Insomniac’s Inception night, we sent our Music is 4 Lovers media team, including Jeff Corrigan, resident video/photo/all things media man for Mi4L, and Jon Dadon over to the venue to find out more about Apollonia’s new album and of course, catch up with three of the nicest guys in dance music.

Recently, the trio released their debut album called Tour à Tour on their own label, Apollonia, and it features 12 tracks plus an intro. They describe their album as composed of tracks that are all playable in their sets. That was, first and foremost, their goal, but they also wanted it to be listenable at home. We like that. Not only is the album a true full length, the tracks are really all playable. The only question that exists is which to play out. Below are a few previews of the album to hear what we’re talking about.

In addition to the album, we also spoke with the guys about their performance at The BPM Festival 2014 and their forthcoming performance this year at the 2015 edition. They were recently announced in the Phase I lineup along with all the greats. They will be playing at Canibal Royal – probably my favorite venue in all of Playa Del Carmen, Mexico.

So let’s get down to it, shall we? Without further adieu, please welcome Apollonia in this exclusive interview with Music is 4 Lovers.

*if you don’t see the soundcloud player on your phone, you can click HERE

Here is the music video for “The Benshee” if you would like to see the whole thing.

*if you don’t see the video on your phone, CLICK HERE

Here is a recording from their performance last year at The BPM Festival.