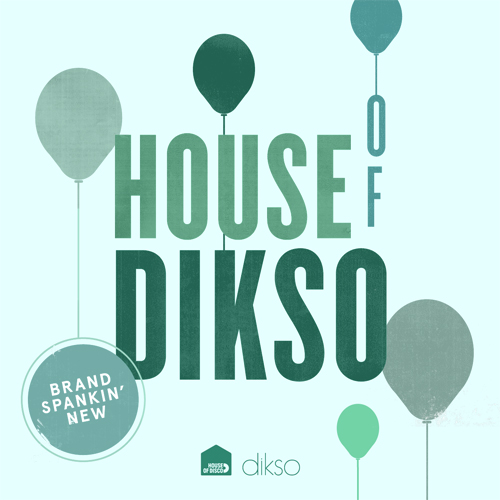 [New Release] The amount of labels vying for listeners’ ears is overwhelming, and it’s not often that two come together to put out a collaborative release. However, Dikso Records and House of Disco did just that for this aptly titled House of Dikso compilation. With 12 tracks from heavy hitters like Nhan Solo, Alex Niggemann, the always amazing Finnebassen, and lesser known artists such as Satin Jackets and Unsui, House of Dikso reads like a who’s who of the nu-disco world.

Dikso kicks off with “Bleeding Out,” a low-key, understated track from deep house/funky king, Finnebassen. With drums made for two-stepping and a heavy funk influence, and from the bass to the twangy synths used, Finnebassen sets the tone perfectly for the rest of the record.

The record continues in the same basic vein, until arriving at “Massena” by Monitor 66, a lesser known Swedish production and DJ trio. While there is still a funk vibe to the track, mainly through the bass line,  “Massena”  has a more Balearic, sunset feel to it. Chopped up vocal samples are sprinkled over organ-esque key stabs, piano chords and wavering synths. “Massena” is sonic relaxation at its finest and sets the mood for the middle of the record.

The sunset appropriate music goes on for a few tracks before being broken up by Unsui’s “Anata.” Disco through a promethazine haze, “Anata” is a head-bob inducing jam aptly suited for nighttime antics.

House of Dikso winds down with a trio of more mellow dance tracks, most notably Satin Jackets’ “I Like to Watch You Sleep.”

House of Dikso showcases the talented roster on each participating label, one established and one up-and-coming, and provides a collection of songs perfectly suited for any dance party.