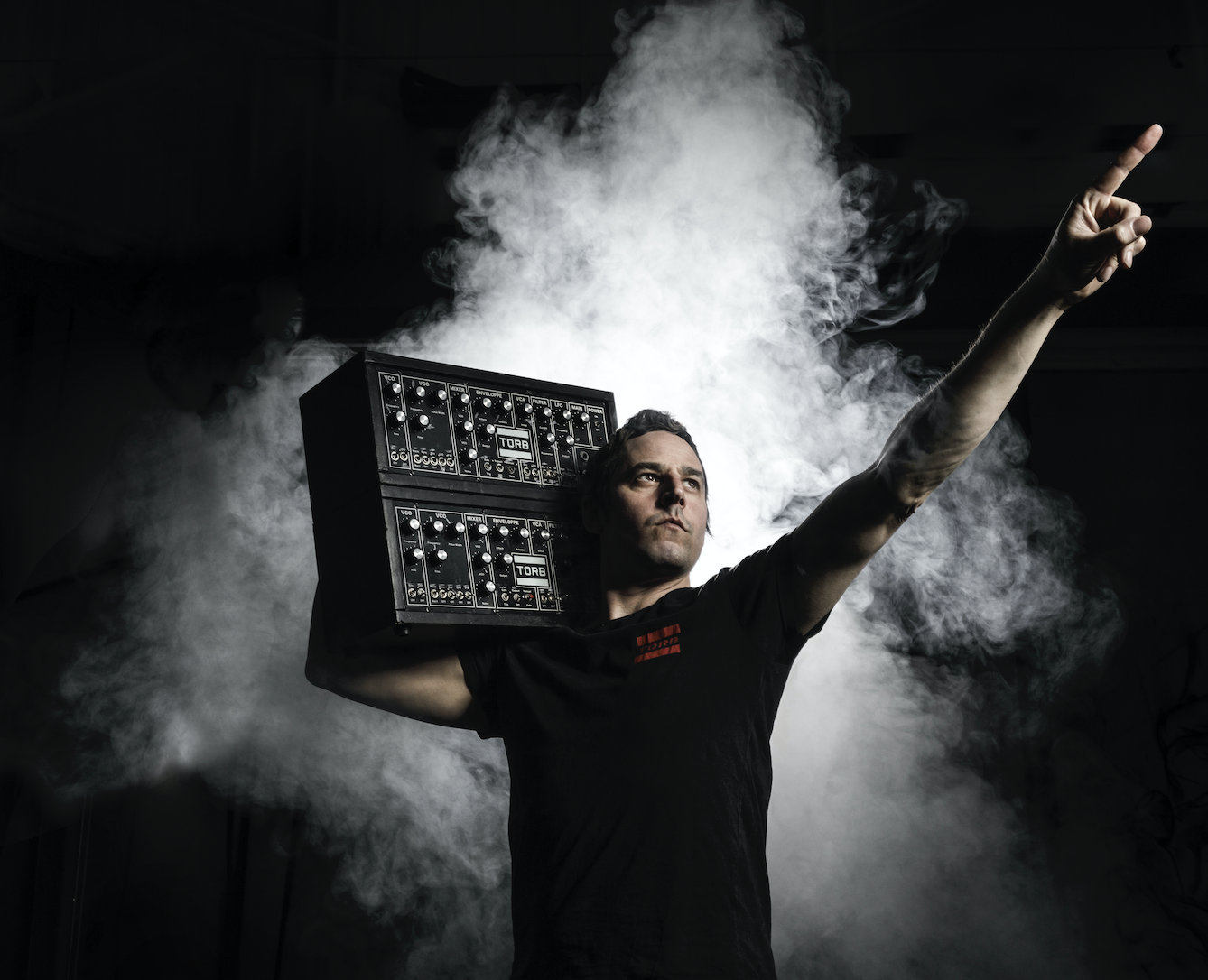 Parisian talent Torb has become a rising talent of note since making his debut in 2014 with his last outing entitled ‘Dost’ on bORDEL Records gaining support from the likes of Laurent Garnier, Francesco Farfa and many more.

We caught up with Torb to hear about his stellar new release ‘Decoy Enjoy’ on bORDEL Records, the production processes behind the release, the music scene in France and upcoming projects.

Hey Torb, thanks for chatting with us today. To kick things off, in your opinion, how has the digitalisation of production changed the way music is made? Would you say that modular analogue sounds cannot be replicated in the same way? Is there a sense of more “soul” in analogue?

Hey MI4L thanks for having me. Ten years ago I was using 100% analogue gear. But after having spent that same amount of time in a professional studio (Motorbass Recording Studio), I’ve changed and developed an understanding of the specificity and the interest of using digital equipment.

For instance, you use the reverb in digital to get the density but if you want the depth of sound you choose analog. The analog sound is more wet and slower, good for rock and reggae raga, but for techno you need a kick for people to move, so digital is good. A nice balance of both is the real kick, you’ll get the soul from the analog by its imprecision, unpredictability which will be balanced by the accuracy and the efficiency of the Digital.

With the music you produce, are you looking to capture a certain feeling for your audience to experience? Are there elements from outside of the stereo environment which you find influences your compositions?

Music is a space of Freedom. I don’t want to limit it. Especially that my biggest influential elements are Space and the concept of Futur. A lot of the unknown and of course I hope my music touches my audience, and even sends them to the unknown?! Then any feelings, any visions are welcome!

It’s indisputable that visual aesthetics are an essential part of music, would you say that there are any specific visual styles you aim portray as an artist? Are there any particular colours or imagery that you like to associate with your music?

Definitely! In terms of colours, for the ‘Dost’ EP and ‘Decoy Enjoy’ EP it was red and black – the Satanic Colours. In terms of imagery, I really wanted to share universe pictures and universe vs humans evolution that I am fascinated by which influence my productions. To me, human beings, or more precisely the human body, is like a small condensed version of the universe, it is a result of billions of years of universe evolution, a splendid model of equilibrium and love, that no words nor thought can equal. To me, we are definitely connected to the whole universe, and my way to express it is with Music. My productions attempt to associate these pictures and feelings.

Nothing is one-dimensional. Contradictions exist in every aspect of life. It’s always a balance between forces. I guess I try to express this complexity by showing this antagonism in my visuals.

Outside of music, what inspires or directs your creativity? Do you find that you are influenced by any unique environments, interactions with people or specific activities?

I love and feel loved. No better inspiration! Thanks to this strong base, I explore the outside with a gratitude that enlightens everything, the good as well as the bad.

Your latest release ‘Decoy Enjoy’ on bORDEL Records has a dystopian-like feel to it, what was your intention for the release? Was there a specific theme or piece of analogue equipment which features throughout?

I am not a seer but I think the period we’re getting into speaks for itself! For me, a dystopia is an extrapolation of an anxious feeling coming out from an emerging reality. And we’re seeing more and more “dystopia” approaching… To express this dystopia with a feeling of realism, I feature a common sound throughout the whole piece created by the home-made analog synths that I named Magnificienza Luminata (I,II et III).

Since your earlier releases such as ‘Mars Premier’ and more recent releases such as ‘Dost’, how would you say your sound has developed? Do you feel that your production has changed direction or evolved into something you may have not initially thought of?

Less compromises. More driven by one direction. Going further, deeper. There’s some good in ageing! If you’re ready to jump you will get you dizzy but you gain in authenticity!

How would you say that the music scene has developed over the last few years in Paris? Are there any particular venues that you love to check out for new music? Or any specific record shops you like to dig in?

A lot is happening in terms of parties but I don’t feel it has evolved much recently. And listening to the same sound as I was when I was 20 doesn’t interest me anymore. I would love to hear a revolution. People digging in the bizarre places that the machines can extract from their beings! Back in early nineties I used to go out every weekend in rave parties, I was twenty years old back then. I enjoyed the spirit of these parties, it was fully focused on music and a « feel free » quest. But slowly the structure of parties changed and i stopped enjoying it as much as I did. However I fell in love with electronic music at the age of twenty and I have never looked back. Today there are lots of parties in Paris every week, many artists, many shows which is great. But I am clearly too old now and too busy to go out. However, I feel that sound hasn’t really change much compared to when I was 20. I believe we need a new revolution in productions.

What else do you having coming up soon? Should we be keeping an eye out for any exclusive live streams, releases or any other projects you would like to mention?

I was supposed to go up on stage which is what I was really looking forward to, but now we’re forced to do everything from home. Even collaborating. It’s difficult but let’s adapt. What I’m doing is still doable from home! These times are good for creativity if you have time. I want to do a total hardware no computer live set. Inshallah what will come from this period, from Torb and from the World.

Torb ‘Decoy Enjoy’ EP is out now on bORDEL Records.