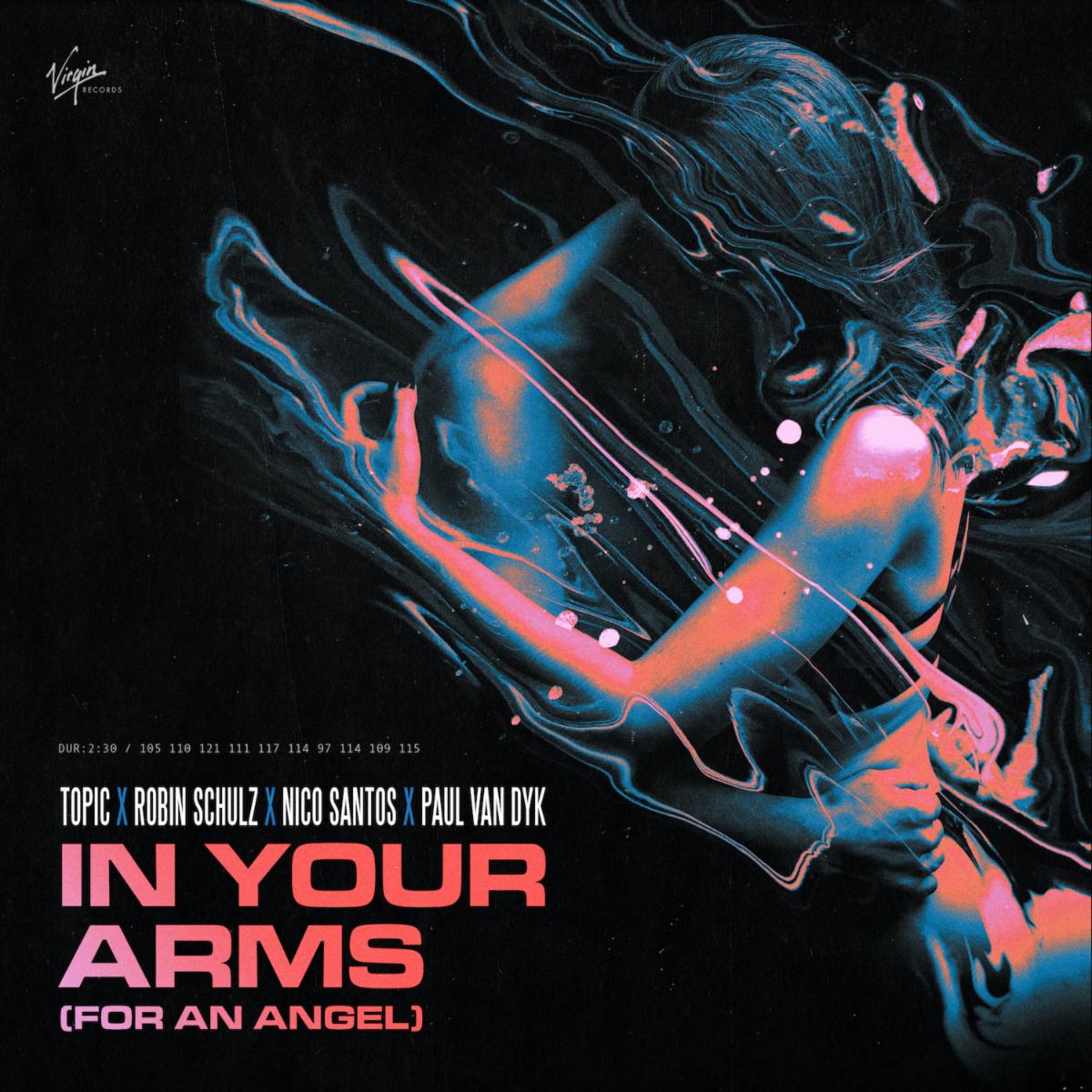 Underpinned by a beautifully mellow deep house groove, ‘In Your Arms (For An Angel)’ combines Santos’ yearning vocals with soft chords, warm bass tones and a hypnotic piano sample of Paul van Dyk’s 90s trance hit ‘For An Angel’. Joyous, melancholic and hugely catchy at once, it should come as no real surprise that these three make such a perfect pairing, given their ability for creating highly emotive sounds.

One of the most in-demand electronic artists on the planet, Topic’s huge 2021 hit ‘Your Love (9PM)’ with ATB & A7Sis nominated for Best International Single at this year’s BRIT Awards, and recently became platinum-certified in the UK with over 600,000 units sold, following previously platinum-certified single ‘Breaking Me’, which boasts over 1 million copies sold in the UK. He has also collaborated with the likes of Lil Baby and Bebe Rexha, and most recently with Becky Hill on ‘My Heart Goes (La Di Da)’, and Clean Bandit and Wes Nelson on ‘Drive’. Both tracks were added to the Radio 1 playlist and featured in the Top 20 of the UK charts at the same time.

Topic and Santos previously collaborated on 2020 hit ‘Like I Love You’ and 2015’s ‘Home’, which reached platinum in Germany and double-platinum in Australia. With legends Robin Schulz and Paul van Dyk along for the ride this time, it’s clear that ‘In Your Arms (For An Angel)’ is set to dominate charts worldwide.