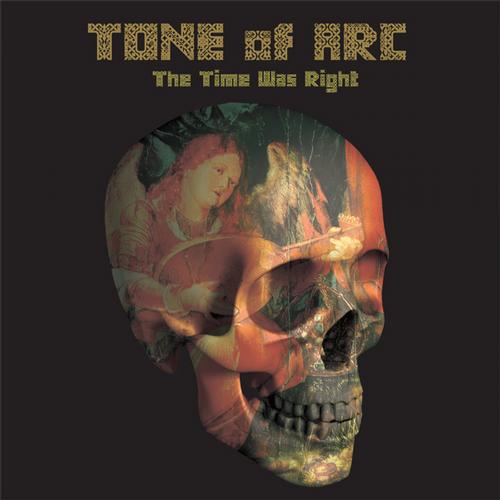 Tone of Arc has been generating a lot of excitement since joining forces with the red hot No.19 Music early last year. A string of highly anticipated live performances at Social Experiment parties in New York, Miami, London, Berlin and beyond have given birth to a reputation as one of the most exciting live performers around, whilst singles, ‘Shaking the Sky’ & ‘Goodbye Horses’ have given a tantalizing glimpse into the genuine raw musical talent of singer/song writer Derrick Boyd & partner Zoe Presnick. Boyd is no stranger to the music industry having already scored success with his Dead Seal project, but it seems his pairing with Presnick and his bond with Jonny White (who executive produced the album) and the No.19 crew has brought a fresh intensity to his work, allowing him to marry his passion for songwriting with his unbridled talent as a musician and performer. The product of all this is the wonderful ‘The Time Was Right’, an album that finally opens the doors onto the musical soul of Tone of Arc, allowing all to see what they are truly capable of.

The album is a breathtakingly accomplished body of work that lets Boyd’s breadth of talent truly shine, making the most of his startling abilities as a bass player, guitarist, vocalists, producer and songwriter across a record that spans genres and styles with consummate ease. Comprising eleven tracks, it opens with the beautifully funk laden ‘Surrender’, an expansive and uplifting cut that brings together lo-fi vocals with raw sounding drums and instrumentation to create an instant vibe. The low slung excellence of ‘Love Kissed’ follows, with its bass driven groove giving a perfect soundbed to Boyd and Presnick’s polar opposed vocal performances, this gives way to ‘Chalk Hill’, a Clash inspired piece of brilliance and onto the superbly ethereal ‘Lost in the Machine’. ‘Where you Belong’ steps up next, a richly layered song built around a prominent live bass line and Boyd’s vocals that clearly showcases the depth of his production talents, this is followed by the simply brilliant cover version of 1987 hit ‘Goodbye Horses’ which was released as a single last year. ‘People at the Door’ sees Tone of Arc journey into more electronic territory with its electro inspired vocoded vocals whilst title track ‘The Time Was Right’ has a heartwarming atmosphere generated by its marriage of intense synths and bold melodies. The album takes a psychedelic turn with the stunning ‘Hardly Standing’, a guitar driven masterpiece, before veering into the beautiful and hypnotic ‘Sound Sail’ with Zoe Presnick taking the vocal lead. Finally the LP is closed with the inspiring ‘Left Field’, a record that ties in Tone of Arc’s House music connections with this emotive and heartfelt final opus.

Tone of Arc has delivered a debut LP that is far beyond the reach of anyone’s expectations and in doing so has positioned No.19 Music as a label that defies classification and is seemingly capable of anything. Jonny White describes Derrick Boyd as “more talented than anyone I have ever know” and after listening to ‘The Time Was Right’ it’s clear to see why, this is a simply stunning record that will find a place in the hearts of music lovers everywhere.