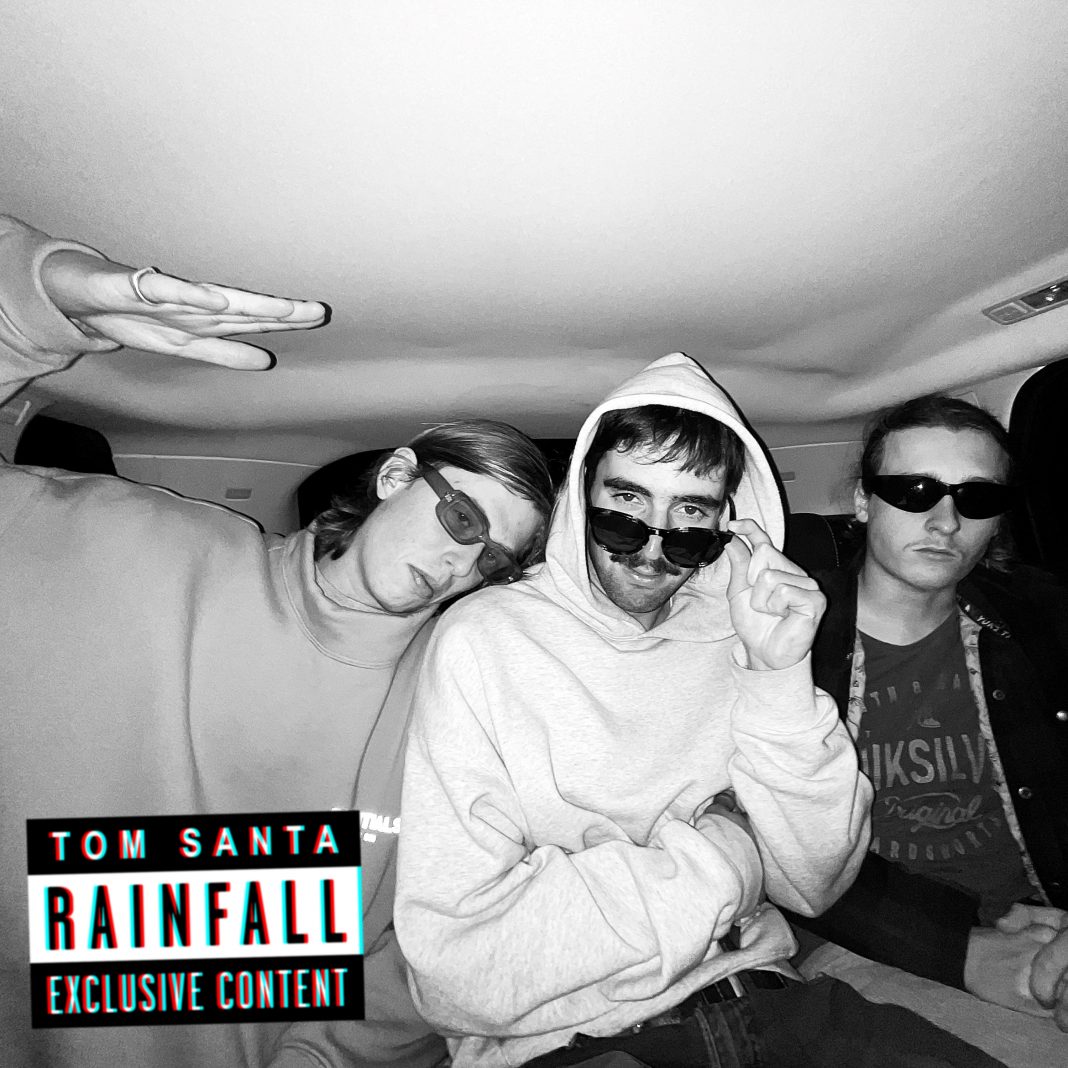 Centring around a sample of the gospel-driven, 2000s R&B classic ‘Shackles (Praise You)’ by Mary Mary, ‘Rainfall’ pairs the iconic vocal with a bumping bassline, euphoric piano chords and the most rousing of breakdowns. A certified viral smash, the track has already amassed 559,000 Soundcloud streams, hit #1 in the Netherlands and is gaining serious momentum on TikTok.

Santa has built up an organic social media following thanks to hilarious skits and crazy videos recorded with his friends in rural Australia. Musically he has accumulated 2.7 million combined Soundcloud streams for his mashups of ‘Sxc Bitch vs Lady’ and ‘Sweet Dreams vs Lose Control’ in collaboration with Paddy Heyward, alongside a slew of other well-received dancefloor weapons.

Tom Santa’s first official single release, ‘Rainfall’ is the work of an exciting young talent who is destined for big things.