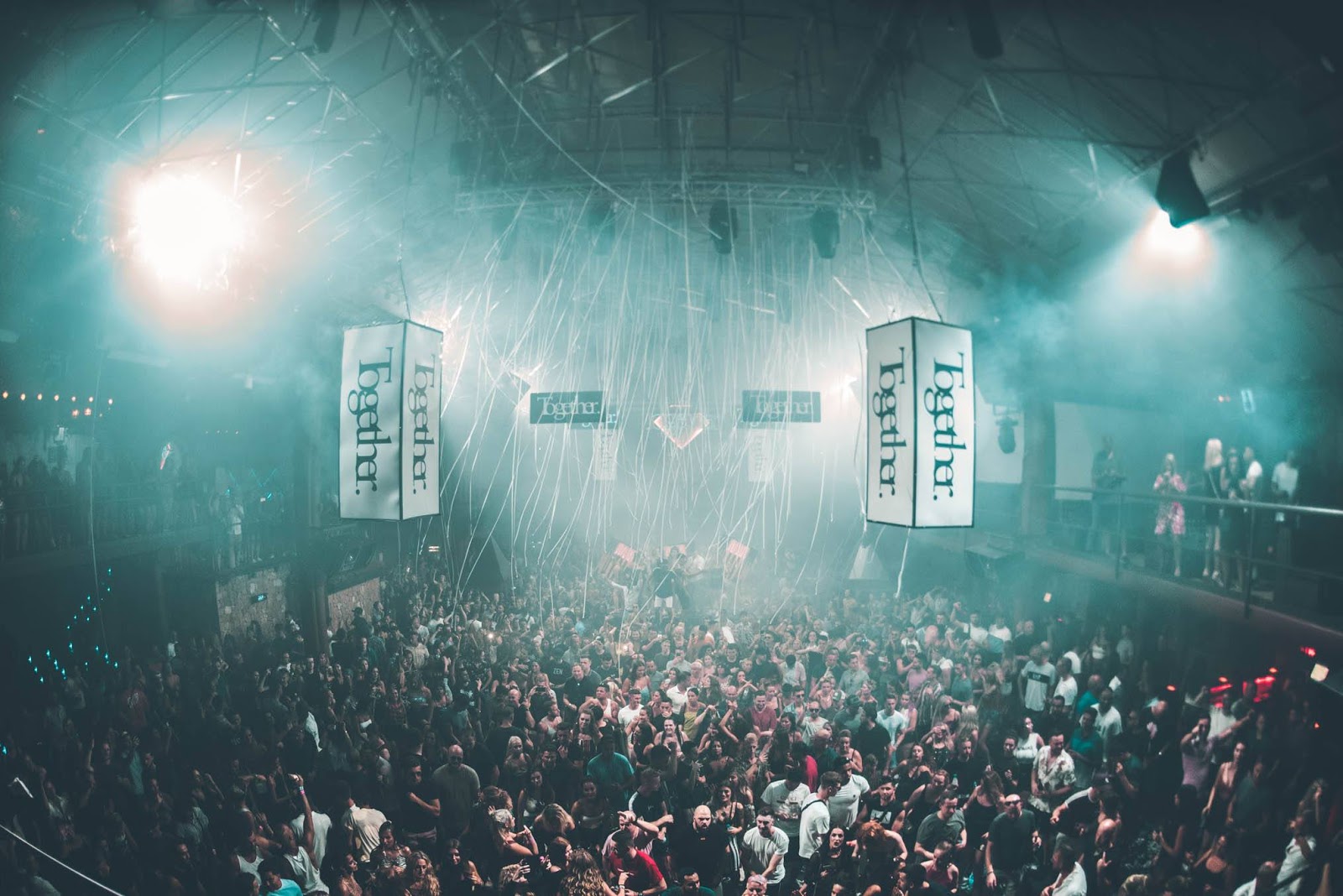 With Together’s opening party now two months away, the iconic and festival-sized experience now reveals its programme for the 16-week summer season, all of which will make it a summer defined by experiencing an alternative Ibiza.

Together Ibiza is a unique night out on the White Isle given that it has a world-class focus on bass heavy sounds from across the spectrum. Nowhere else on the island will you hear such super-sized sounds from such a long list of bass superstars, all with next level production, immersive light and mind blowing lasers across the Main Room and Terrace of the vast adult playground that is
Amnesia.

For the first time ever, Chase & Status’ hugely popular RTRN II JUNGLE brand will make its Ibiza debut as it takes over Amnesia for two one-off dates (2nd and 30th July). The stalwarts’ new project has captured the imagination of many with sold out shows across the UK at the tail end of 2018. From one juggernaut to another, Andy C will debut his All Night concept for the first time outside of the UK (13th August), as he steps foot on the hallowed turf that is the Terrace to perform a 5-hour set.

The collective of the moment CruCast will also be debuting on the island as they invite one of the most in demand acts on the planet, JAUZ, to curate a 6-hour showcase on 20th August whilst Places + Faces, one of the leading voices of Hip-Hop and Fashion debut in Ibiza for the very first time on 16th July.

Going against the grain and setting its own agenda, Together Ibiza 2019 is the ultimate bass music experience for those who like their ribs rattled and bones shaken. 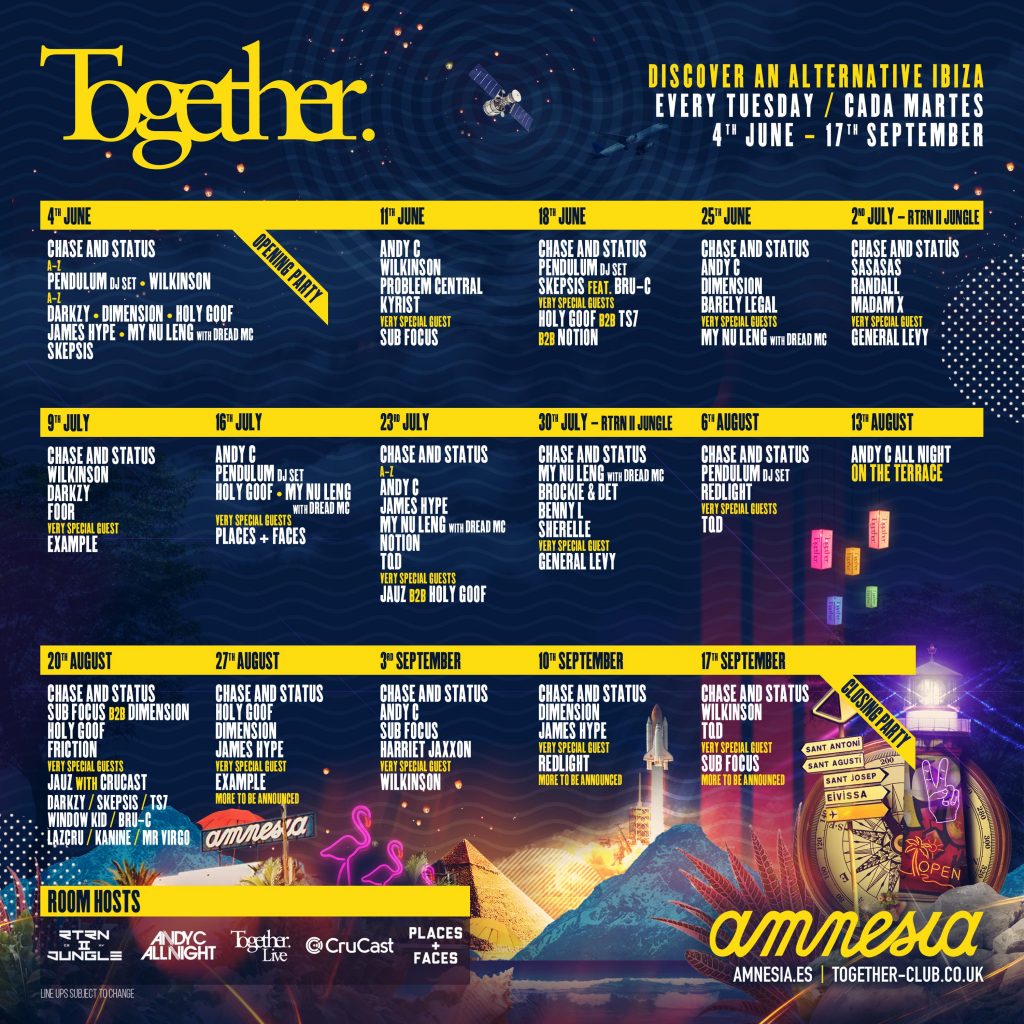