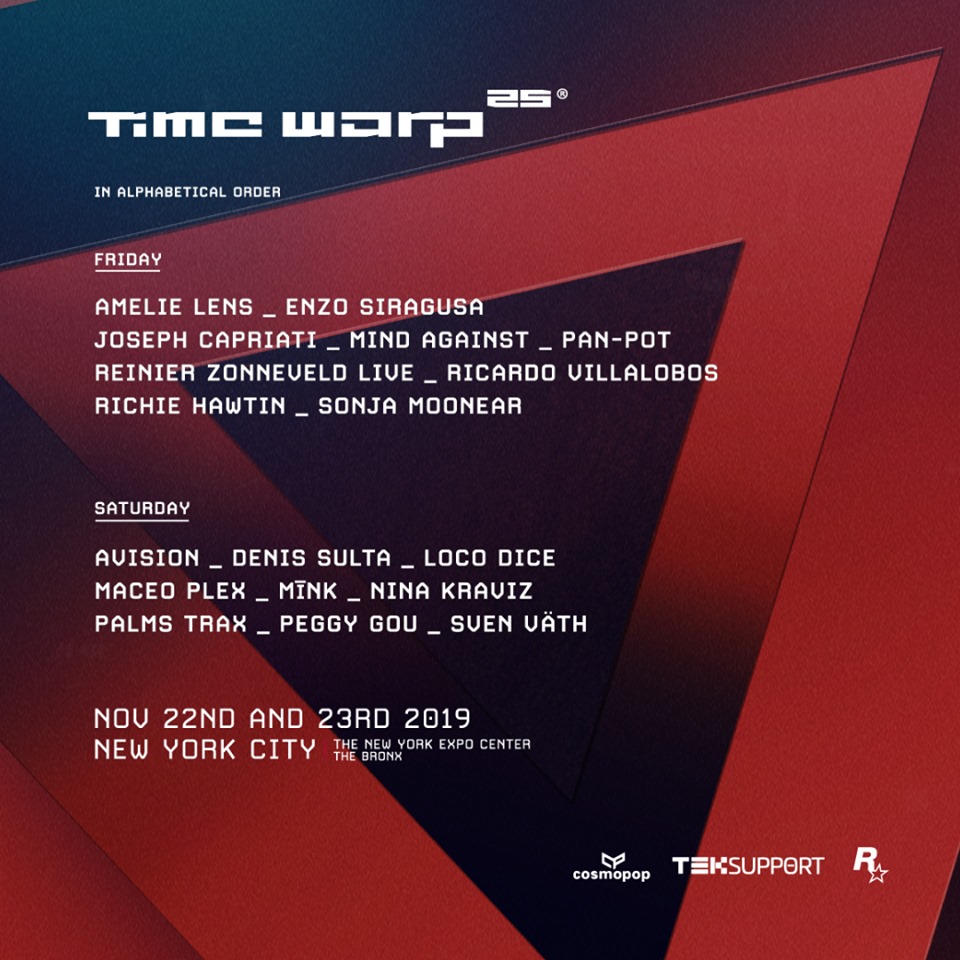 Time Warp US has released its lineup of the November 22 – 23 event and it has us like kids in a candy shop.

A treat for the United States, Ricardo Villalobos is named one of the headliners, making this his first performance in the country in about five years. Also joining the Chilean enigma on stage are Time Warp veterans Sven Vath and Richie Hawtin, two pivotal members in the world domination of techno who have been a part of the festival since its grand inception in 1995.

Embedded deep into the fabric of Time Warp is a familial culture, as the event is a welcoming reunion of the older and newer generations of DJs. The lineup continues to strike hard with acts like Peggy Gou, Nina Kraviz and Amelie Lens, Maceo Plex, Joseph Capriati, Loco Dice, Pan-Pot and more.

Festival goers can expect a two-day extravaganza complete with unparalleled visual and audio experiences. In all its industrial glamour, the New York Expo Center located in the heart of The Bronx will be the backdrop to the event’s climactic production technology.

Five years since its birth, event producer Teksupport is celebrating in no better style than a joint birthday party with Time Warp, which happens to be commemorating its 25th year of sensational existence.

While its hometown Mannheim, Germany is closely attached to the festival’s identity, the two-day event will branch out to its counterparts in the Western hemisphere, New York City and Sao Paulo, this fall.

A curational masterpiece, this already sold-out party is one for the ages. More information is available here.