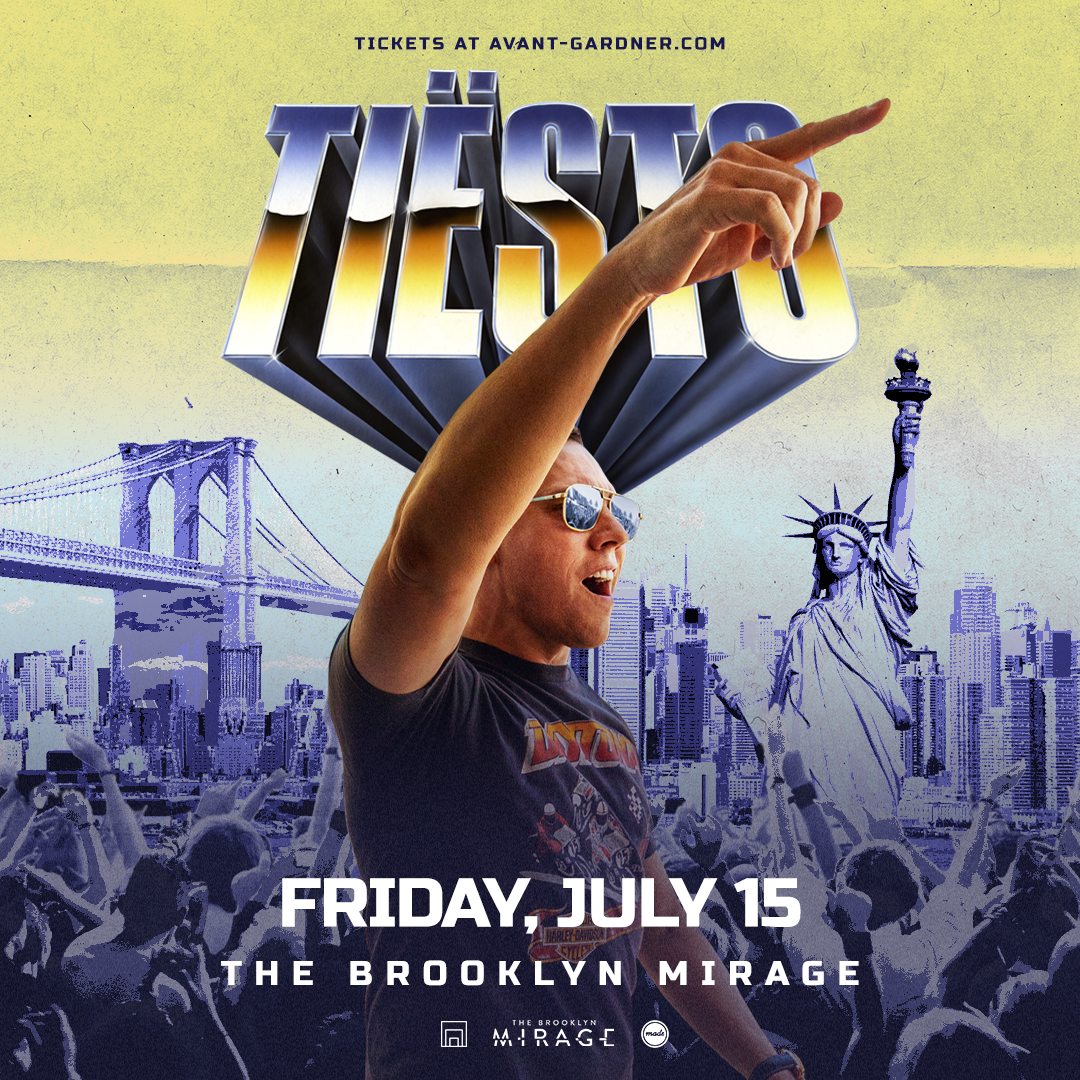 Tiësto has often been voted as the Greatest DJ in the World by various different publications, and for good reason – no one mesmerises quite like him when in the DJ booth. In 2021 he amassed almost one billion Spotify streams and has over 70 million listeners all around the world. He tours the world non-stop and is used to opening Olympic Ceremonies, performing live on TV or headlining supersized solo stadium shows in front of 30,000+ people, so to see him play in a setting like The Brooklyn Mirage is a truly unique prospect.

As well as his famously stimulating and emotional live shows, he is a GRAMMY-winning producer who has done everything from pioneering early trance to lighting up the global EDM scene and more recently has been at the forefront of the melodic house explosion. His massive hit ‘The Business’ on Atlantic Records is his latest Grammy nominated work which is certified Platinum in the US and has garnered over 1.3 Billion streams to date. The song debuted in the top 10 in 10 countries upon release, reaching #1 on the US Dance Charts.

Further recent tunes include ‘Do It To It’ with Cherish, ‘Don’t Be Shy’ with Karol G (over 500 Million streams to date) and ‘The Motto’ with Ava Max (over 217 Million streams to date). As such, the Musical Freedom Records boss remains a real dance music phenomenon who has worked with everyone from John Legend to Giorgio Armani to Inter Milan football club, such is his global profile.

The Brooklyn Mirage is a spectacular outdoor space with a state-of-the-art sound system and three-dimensional video projection mapping technology. As such, it is a perfect setting for one of dance music’s most explosive and energetic shows and will become a portal to a different dimension that immerses you in futuristic light and sound.

You do not want to miss this historic show from the legend that is Tiësto. 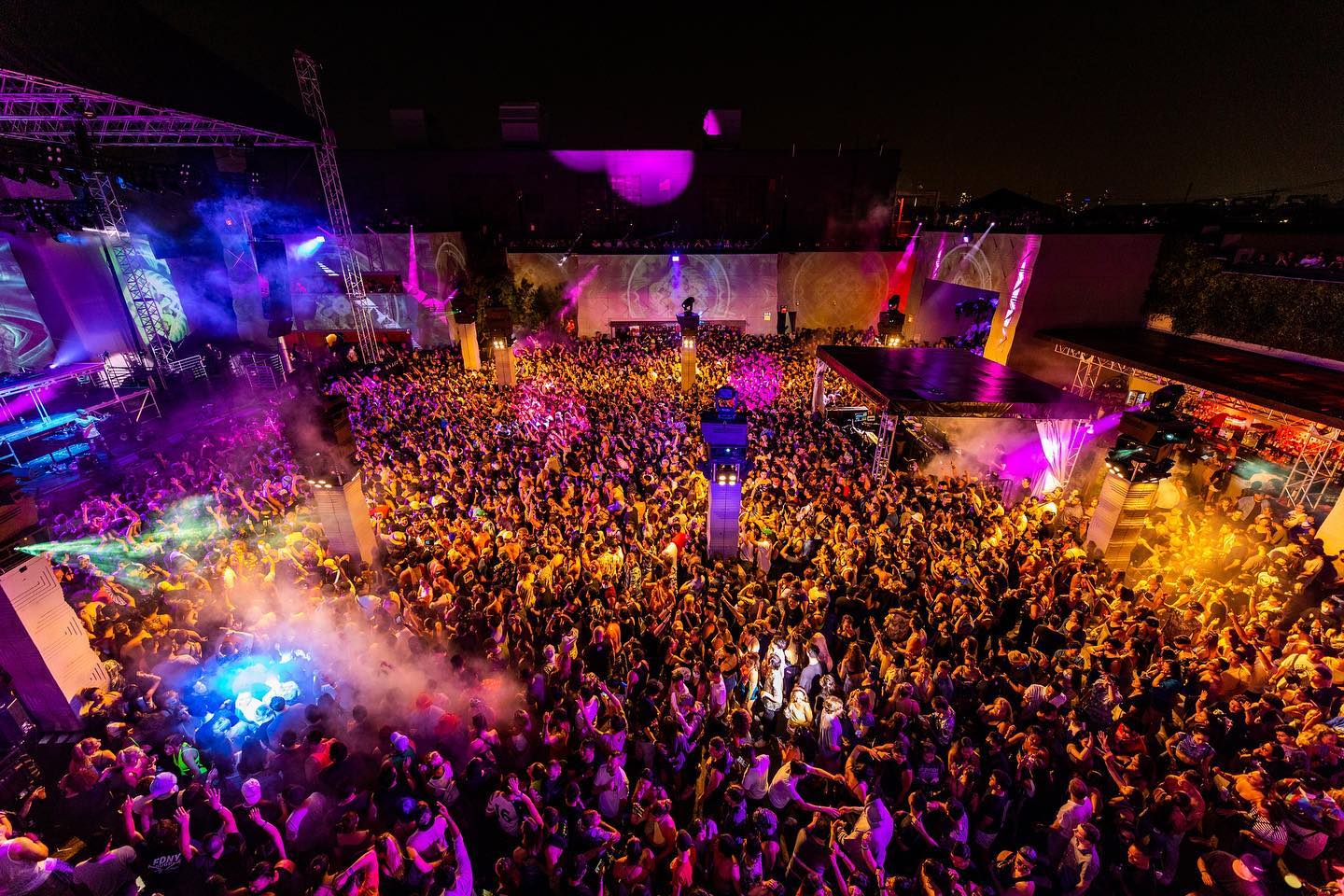 ABOUT TIËSTO
Tiësto is a Grammy® Award-winning, platinum-certified, international icon. The DJ and producer is the only artist to ever hold the titles of “The Greatest DJ of All Time” courtesy of Mixmag, “#1 DJ” according to Rolling Stone, and “The Godfather of EDM,” as proclaimed by Billboard. From his underground dance floor bangers to his high-profile Las Vegas residency and crossover success, Tiësto created the blueprint that defines what it means to be a success in today’s dance music world. In Tiësto’s true fashion, he continues to expand across genres, always evolving his craft. With over 10 billion cumulative streams and a social platform with an audience exceeding 30 million fans spanning the globe, he continues to revolutionize the dance music landscape. Tiësto’s first release since signing with Atlantic Records, “The Business” has dominated airplay and charts worldwide since its September 2020 release, garnering over 1.3 billion streams to date. It has also held a steady position on Apple & Spotify’s “Today’s Top Hits” & “Today’s Hits” playlists, and hit #1 at US Dance Radio. “The Business” is certified Platinum in 15 countries and gold in 8 countries and has held a place on the Top 10 official singles chart in 10 countries as well as Top 50 on Spotify in 31 countries. Tiësto made history with single “Don’t Be Shy” with Karol G, which marked the first English song ever for Karol G, and the first Latin Artist collaboration for Tiësto. The third single from Tiësto’s upcoming album, “The Motto” with Ava Max is out now.

ABOUT THE BROOKLYN MIRAGE
A one-of-a-kind outdoor venue, the Brooklyn Mirage prominently boasts a state-of-the-art KV2 sound system in addition to stellar three-dimensional video projection mapping technology. Part of the Avant Gardner complex, the multifaceted events space was nominated for ‘Best Club’ in the 2019 International Dance Music Awards. Having hosted everything from live music to EDM, underground house, and techno, the venue has become the crown jewel for New York nightlife aficionados. 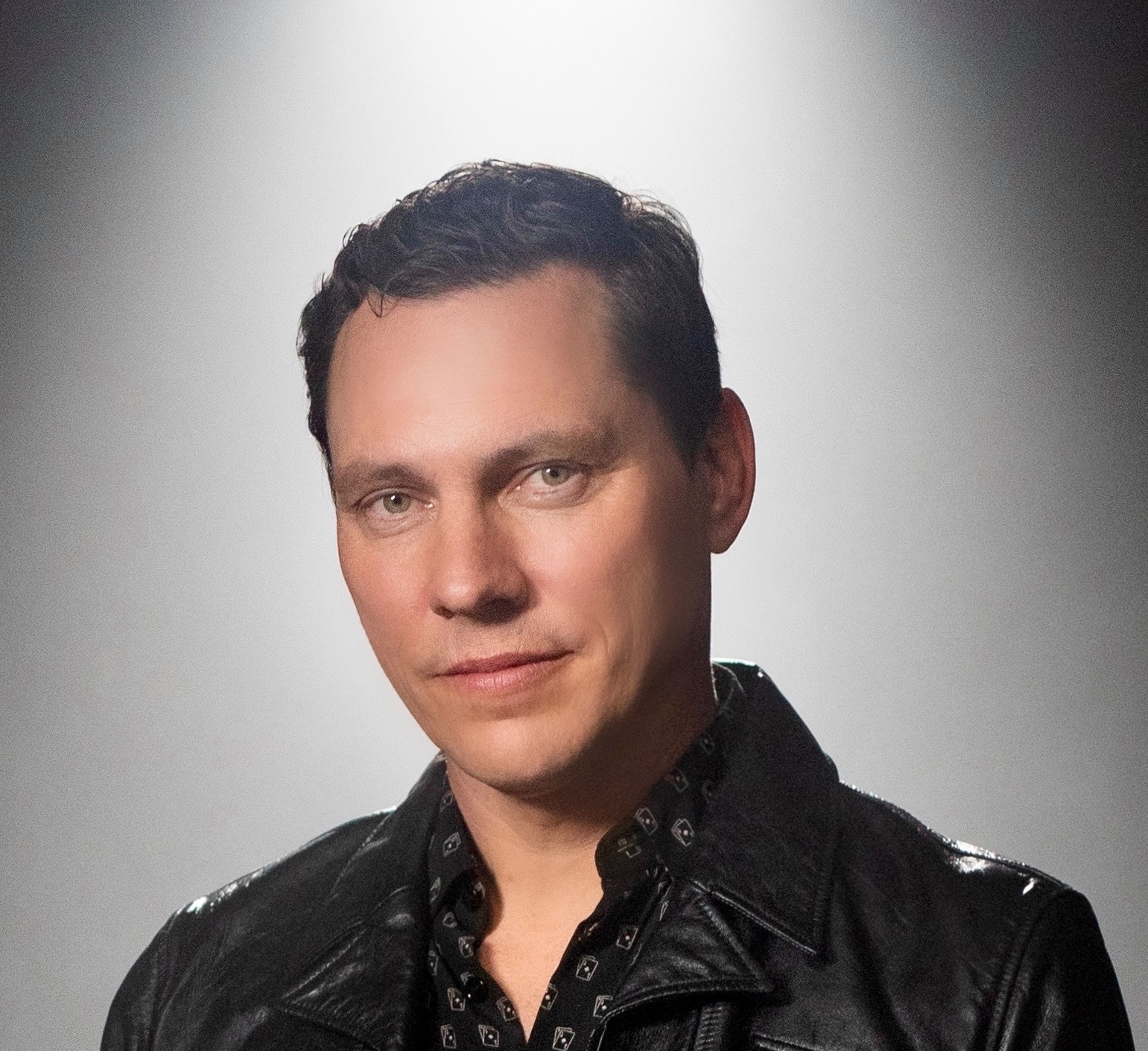