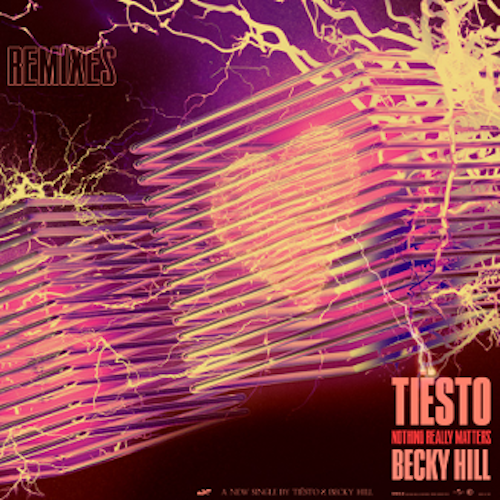 Grammy-winning and platinum certified global icon, Tiësto has dropped the official remix package for his latest single, ‘Nothing Really Matters’ with Becky Hill, out now via Universal Music.

The ‘Nothing Really Matters’ remix bundle contains edits from some of the biggest in the industry, including Nic Fanciulli, Phantoms, Codeko, Magnificence, BYOR and Xie, all bringing diverse and unique takes to the hit-single original.

The ‘Nothing Really Matters’ remix bundle is the latest offering since Tiësto’s recently released album, ‘London Sessions’ which landed on 15th May via Universal and featured the hugely successful original single, with Becky Hill. Tiësto’s first collaboration with Becky, who holds the impressive spot as the 2nd most-streamed UK Female on Spotify, ‘Nothing Really Matters’ was released as lead single and has already garnered a staggering 15 million streams since its 17th April release.