The war for the soul of dance music is happening right now, and the battleground is plague raves. 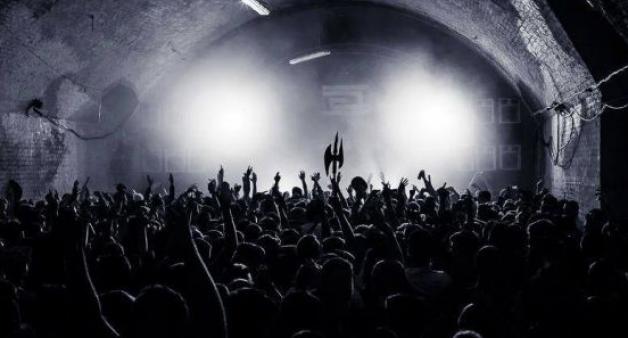 We get it. We REALLY do. 2020 started with such promise, we all made our yearly festival plans and waited for the days to get longer and the temperature to rise. But a virus originating from China put paid to everything. The world shut down. And any plans to rave the summer away went up in smoke.

I’m reminded of the lyrics to ‘Blackout’ by Lil Louis and The World released back in 1989: “You can run, but you can’t hide, because if we don’t change quick, it’s coming. A world eclipse. Blackout.” But again and again, the concept of change on a global scale is swept under the carpet.

No one likes change… that won’t change. Ironically.

As the research has continued to be catalogued on COVID, or SARS CoV-2, to give it its proper name, more and more we’ve come to see it as less fatal as first considered leading us all to question the wisdom of lockdowns and the general air of caution being asked of us.

Those of us that enjoy a dance crave an opportunity to rave once more. It’s more than just dancing to loud music to us, its a lifestyle; a life choice. Unfortunately, rave’s original values – Peace, Love, Unity, and Respect – have long been forgotten. Money-focused people homogenised our scene from within with scant regard for why we started this youth culture movement in the first place.

Generally speaking, House was the natural progression of Disco, but for us in the UK, it was a call to arms for a disaffected youth that Maggie Thatcher threw away. We were miners, shop workers, factory workers, office juniors. All colours and creeds. All inconsequential to Tory plans.

Acid House was our F*** You to the grown folks.

Raves in the ‘90s were fraught with danger. There was you, your party favours, your mates and ten thousand other kids on the exact same wavelength versus unsavoury types, who wanted to beat you up and rob you, and the Police, who wanted to beat you up and jail you. Raves were, and are, a right of passage for teens and older to begin to make their way in the world of adults. When they were legalised and came indoors, the industry as a whole took a giant leap forward towards the multi-billion pound scene you know today.

From birth, we’re socialised to enjoy large social gatherings and for many, those tend to be a rave. But with current conditions, the carefree nature of dance music is being called into question as kids the world over continue to disregard social distancing and wearing masks, preferring to take part in so-called Plague Raves.

Widely publicised in Europe, DJs such as Nina Kravitz, wAFF and Solardo have all been condemned for appearing at these events. A recent Twitter beef between the Manchester duo and Paper Recordings boss and former DJ Elliot Eastwick highlighted the seachange between the younger generations and the Acid Teds, for whom maintaining rave’s core values are something of a lifelong responsibility.

There are certain themes in these social media spats that loom large time and again. Money, privilege and opportunity being the main ones, closely followed in recent days by moral ambiguity – much of the debate surrounding Eastwick was regarding him informing the authorities of the incident by posting on promoters videos on social media.

Every DJ is itching to play out and their frustration is palpable. For high profile artists, 2020 saw their main income source disappear overnight, leveling the playing field between them and the vast majority of producers who seldom ever see a royalty cheque, let alone make a living from music.

And while they need to take work when it’s offered, there is a bigger picture they need to consider – optics are everything in this fast-paced visual world. It’s as if they infected our families, our friends, our loved ones themselves by condoning such reckless behaviour.

The soul of dance music is being ripped apart by the increased tribalisation that activities such as plague raves imbue. Quickly, the morality of playing to 5000 wasted kids not wearing masks or standing far enough apart is gaslit by talk of inflated DJ fees, crowd funders and a million live streams watched only by a handful of people.

We seem so invested in the status quo that the increased frequency of plague raves renders them little more than social media white noise. Merely an opportunity to share some gossip and Lord knows social media loves a bit of gossip. But at their core, these events are negative and destructive to the industry at large, and tar the reputation of every promoter that’s lost money this year by obeying the rules.

Plague Raves, while sounding fatalist (and probably a little sexy to the young ‘uns) are quite aptly named. They exist as an anathema to the illegal raves of the ‘90s, which were promoting a new form of music, and not a petulant, dangerous and ill-conceived money grab.

The sooner we unite to save our precious community the better for all dance music, an art form that seldom gets the support of Government as it is. As it stands, the actions of a minority of selfish, self-centred individuals will end 30 years of dance music in one fell swoop.