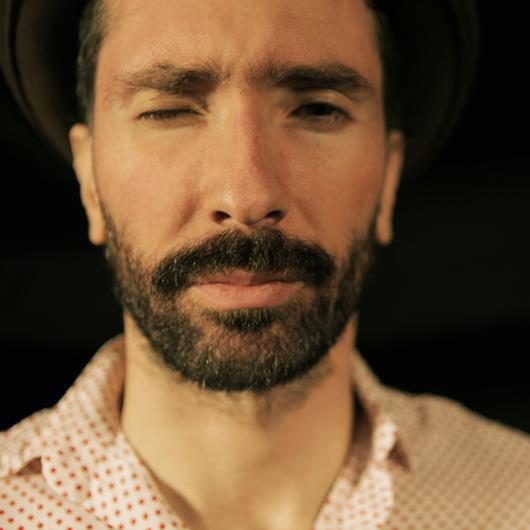 I believe I was first introduced to Portugal-born producer XINOBI from trainspotting his riveting remix of Kamp!’s ‘Melt‘ out of a mix, and I have not been able to stop gushing about, or playing, his catchy tunes ever since. He has fast become the go-to whenever I find myself in need of something upbeat for a short drive, or looking for that killer track to throw on when someone asks “So, what have you been listening to lately?”

With releases on labels like Gomma, Nervous, and Ministry of Sound‘s Hed Kandi, XINOBI blurs the lines between disco, house, and electro, bringing the best out on genre-jumping remixes, as well as his own primo productions. He heads the imprint D.I.S.C.O. Texas with friends and partners Moullinex and Mr. Mitsuhirato, and his status as a hidden gem amongst my own peers made him an obvious inauguration for our new weekly series, The Sunday Spotlight, in which we will be bringing you an artist, label, promoter, or venue we think deserves a little added attention.

Born Bruno Cardoso, XINOBI invents inspired remixes of indie songs, breathing into them an electro edge and a cosmic kick, making them more dancefloor disposable. A prime example is his rework of Toro y Moi’s ‘Still Sound.’ He maintains the band’s ‘chillwave’ sound, keeping the tune fun and funky, while adding a clap track and bells as Chaz Bundick’s airy vocals fall over one of the catchiest hooks in history. The buildup at the end will have anyone begging absolution while moving to the melody.

Some other remixes worth mentioning include Moullinex’s ‘Darkest Night,’ Tame Impala’s ‘Why Won’t They Talk To Me‘ and Nicholas Jaar’s ‘And I Say.’

It’s no surprise to learn that the title track off XINOBI’s debut EP, 2011’s You Got the Best of Me, was ranked high on the UK’s “buzz-chart” that year. The track is brimming with bliss, lifting the listener up with horns and peppy percussion from the opening notes. When the vocals euphorically chime in “you got the best of me / you got the best of my love” it’s hard not to smile and snap. The rest of the EP is a sonic celebration, and a solid establishment of his signature sound.

Shimmying away from these shimmery sounds, his latest track, ‘(I Hate the Sound of) Guitars’ leads with a propulsive bassline and puncturing percussion. Dark, doomed vocals repeat ‘I hate the sound of guitar’ with a sinister sense, over a track that’s driven by a punchy electro-laden hook.

XINOBI works subtle sound effects, steady builds and deliberate drops into his tracks, creating music that magnificently melds the worlds of indie and dance music. His newest EP, Puma, is no exception to his excellent production quality and exemplifies the diverse soundscapes he typically creates. Deep bass and unique riffs make it another winner in his discography. (Purchase HERE).

I leave you now with my favorite XINOBI track, the Mr. Mitsuhirato remix of the banging ‘Bronze.’