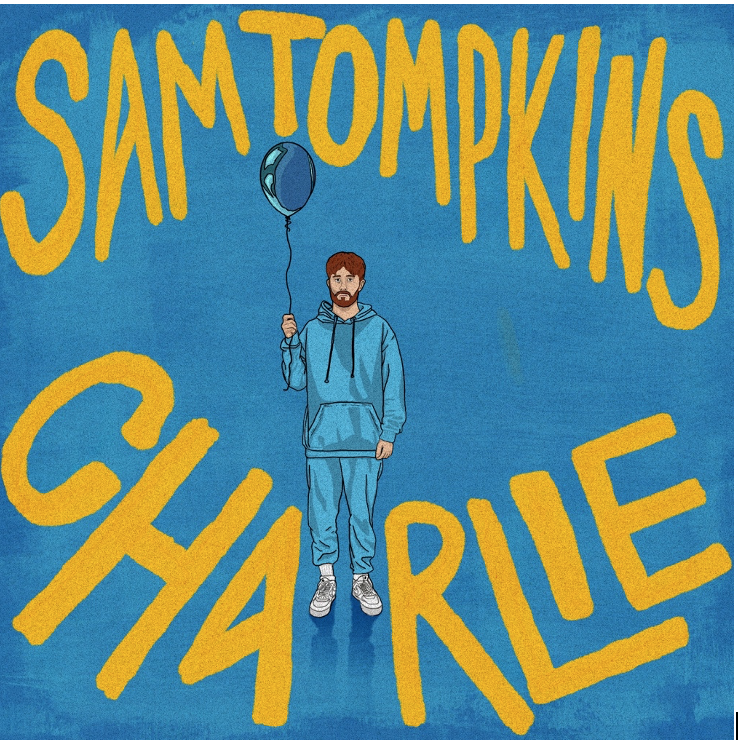 Maintaining his prolific run of releases since his major label debut in August 2019, and still wearing his heart on his sleeve, emotive UK singer-songwriter Sam Tompkins has unveiled his new single ‘Charlie’.

The affecting acoustic ballad features one of Sam’s most compelling vocal performances so far. A sweet melody that traverses themes of heartbreak and unfaithfulness – and a not so secret anti-drug message attesting to his tee-total lifestyle. ‘Charlie’ sees Sam at his honest, unapologetic best and follows in the lineage of his surprise lockdown release, ‘isolation diaries’ – intimate songs focused on his incredible voice and emotions, rather than attitude and bravado.

“The song is about being in a relationship with someone and realising that when they get drunk, they always go back to a guy called Charlie,” Sam explains, “I like that you can read it on two levels.”

The accompanying video was made alongside Sam’s fellow Brighton creative collaborators, Zach Lower and Olly Purchase. Sam has always been obsessed with aesthetics, reflected not only in his own style but all the way through to the finer details. From his artwork matching his hair, to the tones and textures of the ‘Charlie’ music video – it’s all encompassing.  Sam’s freedom of creativity is in all his does, every detail has been carefully thought out. For instance, in ‘Charlie’ it is quite literally a journey in a sometimes-driverless classic car, designed to represent Sam losing control of the world around him.

‘Charlie’ follows his single ‘Kings’, the aforementioned lockdown release ‘isolation diaries’ EP, fan favorites, ‘You’re The Love Of My Life’, ‘Not So Grey’, and his Jaykae featuring EP ‘From My Sleeve To The World’.

Sam recently completed a Virtual World Tour supported by Live Nation, during which he performed separate shows for fans in Europe, Asia, Australia, and New Zealand.  As well as a standalone fundraising livestream for British suicide prevention charity CALM, he also headlined Annie Mac’s AMP series shortly before lockdown began. He was invited by Google to perform with Jessie Ware, Years & Years’ Olly Alexander, Celeste and Mae Muller at one of their ‘Nest Sessions’. Sam was also selected by YouTube, Amazon and UniLad as one of the hottest new artists of 2020.

Sam’s effortless style and a steady stream of flawless output is matched with a rapidly swelling fanbase – exponential growth has naturally occurred over YouTube, TikTok and Instagram. It’s no exaggeration to describe Sam Tompkins as one of the UK’s fastest rising musical talents.

For more information on Sam Tompkins,visit: