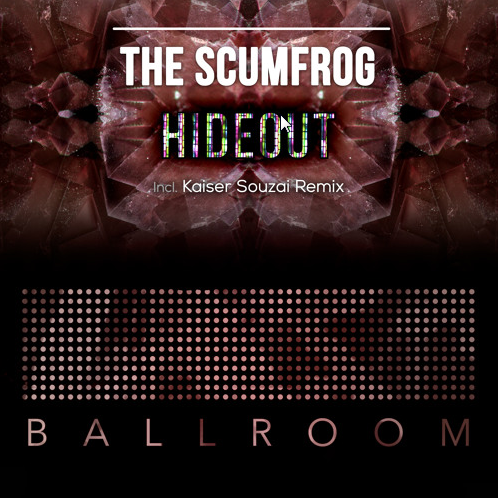 In 2014, the phenomenon known as The Scumfrog announced to his legions of fans that he would be ending production on his coveted weekly radio program Glam Scum International to focus on making more original music. As heartbreaking as that was, it seems that Jesse Houk has stayed true to his word. Just months after his hiatus breaking ‘Send Wave ’,  Ballroom Records brings us another hopping tech jam from the Frog.

‘Hideout ’ is a textured tech-house grinder, driving deeply with its fluctuating tones and rumbling modulations, articulating a solid and forceful tone. The increasingly popular cinematic mix finds the track stripping away the kick drum and creating an epic buildup that any Hollywood producer would love. Label boss Kaiser Souzai works his magic with the track as well, adding a perfectly crafted layer of female cries and escalating synthesizers that bring the energy level through the roof.