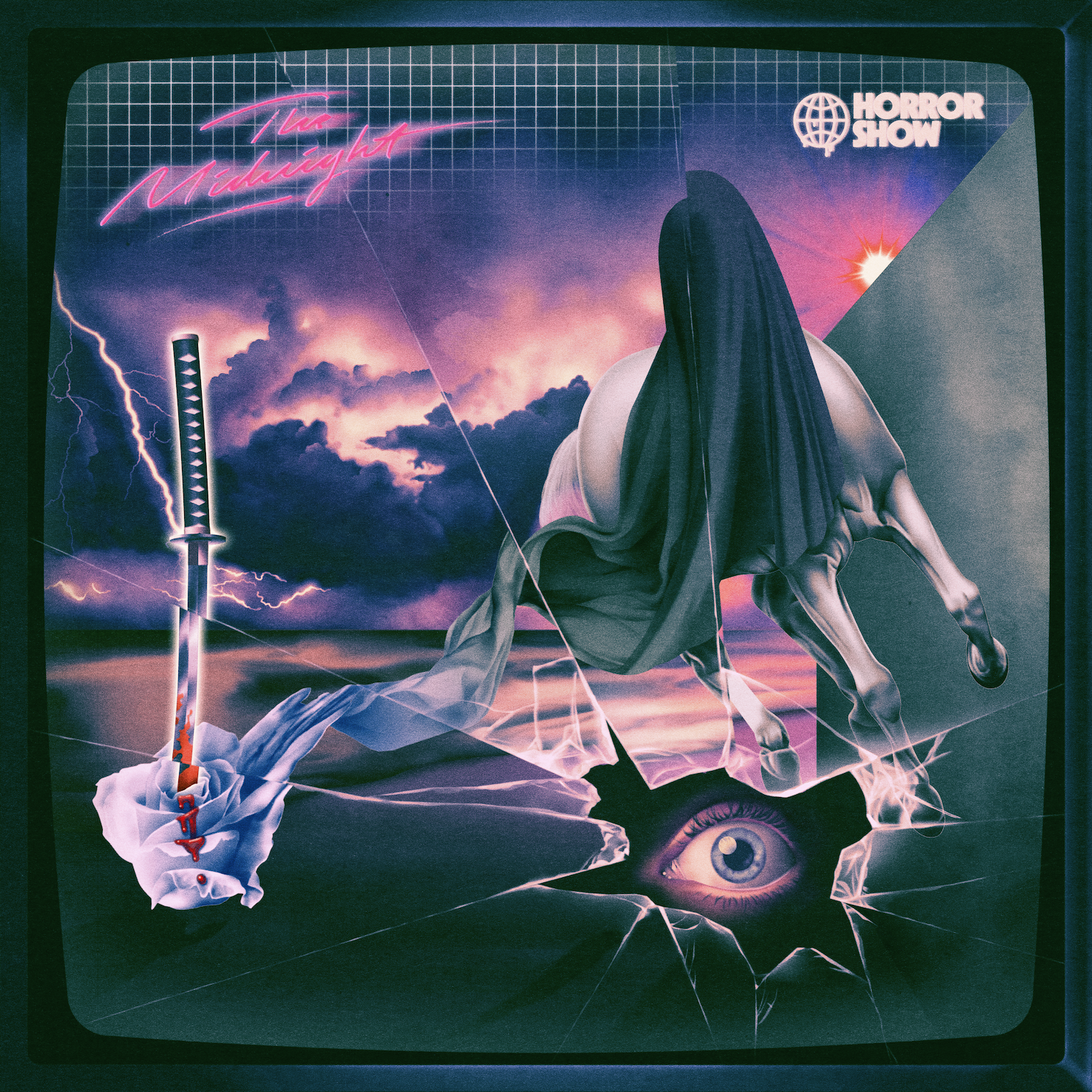 “Through the process of making the album art for Monsters and thinking about the ephemera in a teenager’s bedroom, we began to ask ourselves questions about the television,” The Midnight explain. “What was that shadowy figure coming out of the static screen? The world of late night television that I remember from my teenage years was much older than the era in which I grew up. The Twilight Zone. The black and white Universal Monster films from the 50s  and 60s. Plan 9 From Outer Space. That world of intrigue seemed so much more romantic and timeless through adolescent eyes.

They continue: “More than the rise of big budget horror movies, that quiet era of Creature From The Black Lagoon, House on Haunted Hill, and Plan 9 From Outer Space did far more to inform me about the darkness and strangeness in the human condition, than did the more brutal and gory films that would come later. It was those films you just stumbled upon, that you couldn’t look away from- the Kurosawa films, Hitchcock, the melodramas of shows like Dark Shadows. This is our little homage to the eerie romance of the stumbled upon late night black and white horror film.”

Consisting of Tyler Lyle, a songwriter from the Deep South, and Danish producer Tim McEwan, The Midnight formed in 2012 after meeting at a co-writing workshop in North Hollywood. Inspired in part by the score for Drive and the retro-synth genre growing around its release, the pair wrote two singles ‘WeMoveForward’ and ‘Gloria’, that would later be released as part of their debut EP ‘Days of Thunder’. The duo then released 12-track LP Endless Summer in 2016 and Nocturnal the year after, which spent several weeks as a Bandcamp best-seller. This followed with2018’s ‘Kids’that reached #1 on the Billboard ‘Dance/Electronic’ charts. Their most recent album, Monsters, came last year, an acclaimed LP described by The Express as their “most stylish and creative music yet”.

Continuing their ascent through the musical ranks, ‘Neon Medusa’ is a stellar track taken from a landmark EP from The Midnight.

To find out more about The Midnight, go to: