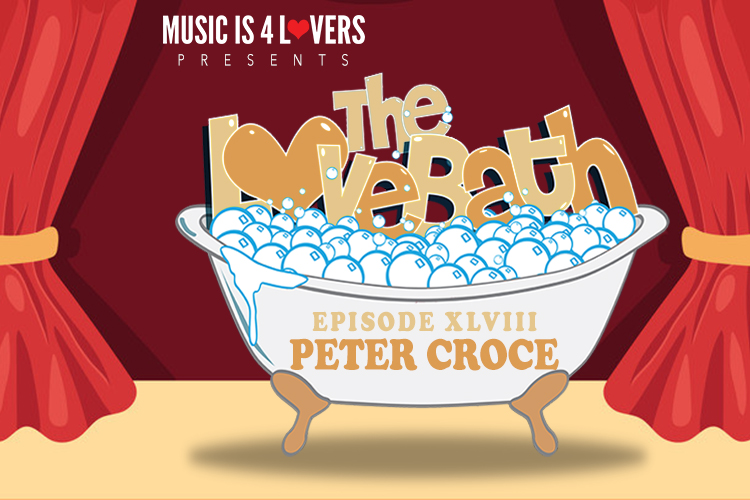 Peter Croce, the Detroit native and head honcho of Rocksteady Disco gets the bathroom mirror steamy with his slow and sultry contribution to The LoveBath. With a tour schedule that brings him far and wide, releases for the likes of Razor-N-Tape, Kampana and several EPs for his own imprint, Pete is one busy dude.

With an imminent relocation to Southeast Asia, amidst a stack of moving boxes, Pete graciously found the time to kick back, record this mix and answer a few burning questions for us. The Bath is hot and bubbly, lets get it! 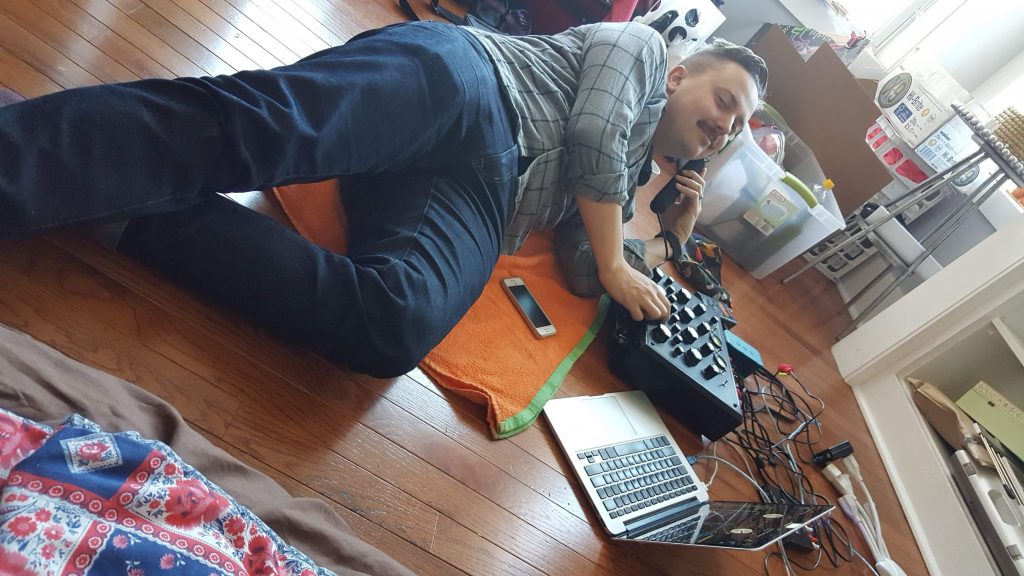 You’re a Detroit native, can you tell us a little about your upbringing and house exactly you got into DJing and dance music?
I was born and raised in a suburb of Detroit before moving to the city. My parents had really great music taste growing up– my mom held down the funk and boogie-ish side of things by way of The Gap Band, Rick James, Prince, and more. My dad was definitely more of the jazz fusion, reggae, and progressive rock side of things. He introduced me to Jean-Luc Ponty, The Specials, Steel Pulse, Rush, Yes, and lots of beautiful symphonic melodic stuff.

I have a vivid memory of being in elementary school around the time of the talent show. I remember wishing that there was a way I could just show my favorite songs to people. Come to find out 10+ years later that that’s literally the job of a DJ. I wish I knew that earlier! I didn’t end up buying my first turntable until I was 18, my first controller until I was 21, and my first DJ decks until I was 22. But I started playing electric bass when I was 10 and guitar when I was 11. I was able to play in some bands, a jazz combo, and a jazz big band.

I ultimately decided to get into deejaying just because of how much digital music I amassed over the years. I was beginning to delve into the samples and original versions of a lot of the music I was actively listening to– a strange blend of King Tubby, Culture, Fela Kuti, Treasure Fingers, Justice, Mala, Cut Copy, and Ratatat. That’s really when I started to get more serious about what my sound was.

Your label, Rocksteady Disco, emerged out of a reggae DJ night you hosted, is that correct? How did it come to focus more on Disco edits and underground house?
The name Rocksteady Disco came out of the two roots of DJ and soundsystem culture as we know it: [Rocksteady] Reggae culture in Jamaica and Disco culture in New York. I’m always sprinkling reggae, rocksteady, ska, and dub into my sets, but it wasn’t born out of a specific reggae night as much as it’s an homage to the roots of what we do. To that end, playing a Ron Trent or Frank Zappa or Eastside Connection or Mike Huckaby record isn’t all that much different than playing a Jah Shaka or Cornel Campbell record as far as I can tell. My goal is ultimately to host parties where it’s not just underground house or just disco or just reggae or just anything all night. I just want Rocksteady Disco to provide a life- and soul-affirming sound for all who are ready to receive it, regardless of scenes or subgenres or any other divisions.

You’ve been touring internationally as of late, how has this affected your life and where do you see your career headed at the moment? You also about to make an extended move to Southeast Asia?
Yeah! I’ve had the distinct pleasure of spending a few weeks over in London and Paris, and I have a 2 month trip planned to Southeast Asia. London and Paris was quite eye-opening in many ways. There’s a more robust dance music economy and industry over there. London and Paris are extremely different in how they do things from what I gathered, but in general I found that there’s people looking to break new artists; and there’s people looking to make money doing it. In general this is a good thing, but there also seemed to be a lot more trend-following than I see in Chicago and Detroit. So it was inspiring to see how this could pan out in the future, but it also really made me grateful for Detroit and Chicago because everyone here I know is doing it because they really care about it. There’s some Fashion Techno and PR House folks in The States too without a doubt, but it seems to be a bit more common overseas. That being said, I met many amazing people who I can’t wait to see again and play for again soon!

Anything else you care to plug here? New releases? gigs? exciting tidbits
I’m still riding high after my most recent Razor-N-Tape release which has gotten some play from some pretty serious jocks; and Aroop Roy and my Kampana Classics release has been making waves too. I’m looking forward to putting out more original music this year, starting with a remix I did of Chrissy for his label Cool Ranch which is dropping in April. It’s a dope percussive late night flip of a Chicago disco house stomper. Rocksteady Disco has a steady dose of heat on deck for all of 2018 going into 2019. MotorCity Wine Recordings #2 is slated for release late spring or early summer. But really I’m just excited to be back in Detroit for all of May. I’m throwing my Viva La Resistance party at MotorCity Wine again on May 25th with a cast of heavyweight hitters who you’ll be seeing headline more events soon. And I’m playing another special party that weekend that I can’t talk about just yet.

#1 sure-fire, party-starting tune in your DJ bag currently?
Man that’s tough to say because there’s just so much brilliant music that I have the honor of owning! I will say I had a lot of fun playing Voilaaa’s “La France” in France. The music is incredible, and the lyrics are hyper-political and anti-fascist in a very cheeky way for those who speak French and understand the National Front. I don’t speak French so I gotta give it up to my agents at Press Play for translating and explaining it to me.