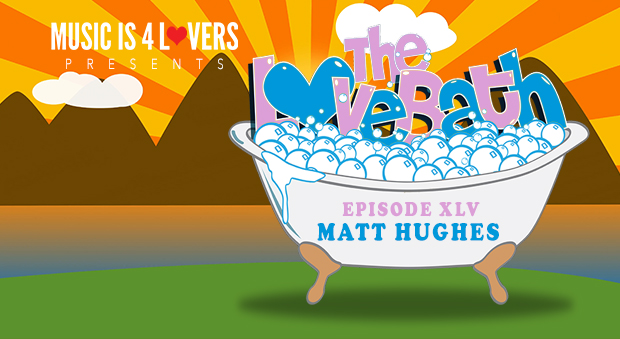 Ok all you lovers, here it is….the final LoveBath of 2017! For our 45th installment, we’ve tapped the man like Matt Hughes, the Outcross Records affiliate and regular stalwart for the impeccable, Editorial Records. For over a decade, Matt has been producing music that showcases a unique combination of funk, soul, disco and modern electronic elements perfectly geared toward moving dance floors.

We’re very excited to have Matt contribute to our series and look forward to bringing you more groovy sounds in 2018…to infinity and beyond! 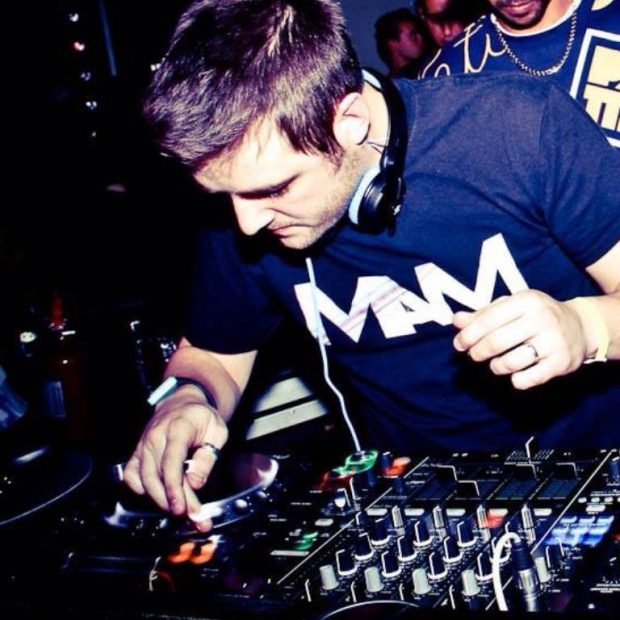 Not that you need an introduction, but please…humor us! Tell us a bit about yourself, your story and how you got started with music.
My name is Matt Hughes and I live in a little town called Brighouse in West Yorkshire. I started producing music when i was about 16 or 17. I’ve always been into computers from a young age and started programing games at school. I’d buy the monthly ‘PC Format’ magazine and this one particular time it featured a demo version of a music sequencing software which I tried and was instantly hooked.

You run Outcross Recordings… how did that project come about and what do you have in store for us in 2018?
Miguel Campbell founded Outcross Records back in 2006. I’d known Miguel for a couple of years prior to it’s inception, we were both memebers of the same forums that followed the whole french house movement and we were fans of each others tunes. He invited me to the label launch party which was held at ‘Back 2 Basics’ in Leeds. I handed over a CD of my music on the night and he played a couple of tracks during the event.  We met again a couple of weeks after the the launch and we hit the studio together and the very first ‘MAM’ track was written.  Following the successful label launch at ‘Back 2 Basics’ he was offered a monthly residency at the club and he invited me to be a part of it and join the label.
We have some exciting new music coming for 2018, all the guys at Outcross are busy in their studios right now. We’ve just released a single featuring collaborations between Miguel Campbell & SION titled ‘Walk & Talk.’ Our next release is scheduled for early January and is an Outcross family collaboration which comprises Miguel Campbell, Iain O’Hare and myself and is titled ‘Expose’. There are quite a few albums planned for the new year from a few of artists on our roster including ‘Freaky Secret’, Iain O’Hare, Miguel & myself. We are also currently in the process of arranging an Outcross Showcase tour for 2018.

Tell us about your collab project, MAM with Miguel Campbell?
The ‘MAM’ project, for those who aren’t aware, is a collaboration between Miguel Campbell & myself. The project has always been a labour of love for us both and over the years we’ve written countless tracks, some of which have still not been heard to this day. The whole project allows us to create music without any real expectation so we feel free with this project.
We’ve written and produced 3 studio length albums, the last one being ‘Garden Of Etertnal Summers’ and we’re currently working on our 4th. We’ve also just released a mini LP entitled ‘ Elektrospective’ on Outcross Records earlier this year. As well as putting out releases on our own label, as a duo we’ve also worked with some of the biggest labels in the underground scene from the likes of Wolf+Lamb, Future Classic, Hot Creations and BPitch Control to name a few. We’ve also remixed for the likes of the Climbers, Deadmau5, Flight Facilities and Colour Castle.

#1 Sure fire party-starter track in your DJ bag currently?
The track for me at the moment that gets the ‘party-started’ is our ‘MAM’ remix of a Miguel Campbell & Colour Castle collabo called ‘I Know a Place.’

Thanks to all at Music Is 4 Lovers for this opportunity. I’ve approached this mix with 100% homegrown music from the studio.

Hope you all enjoy it. Wishing you all a Merry Christmas & a Happy New Year! x