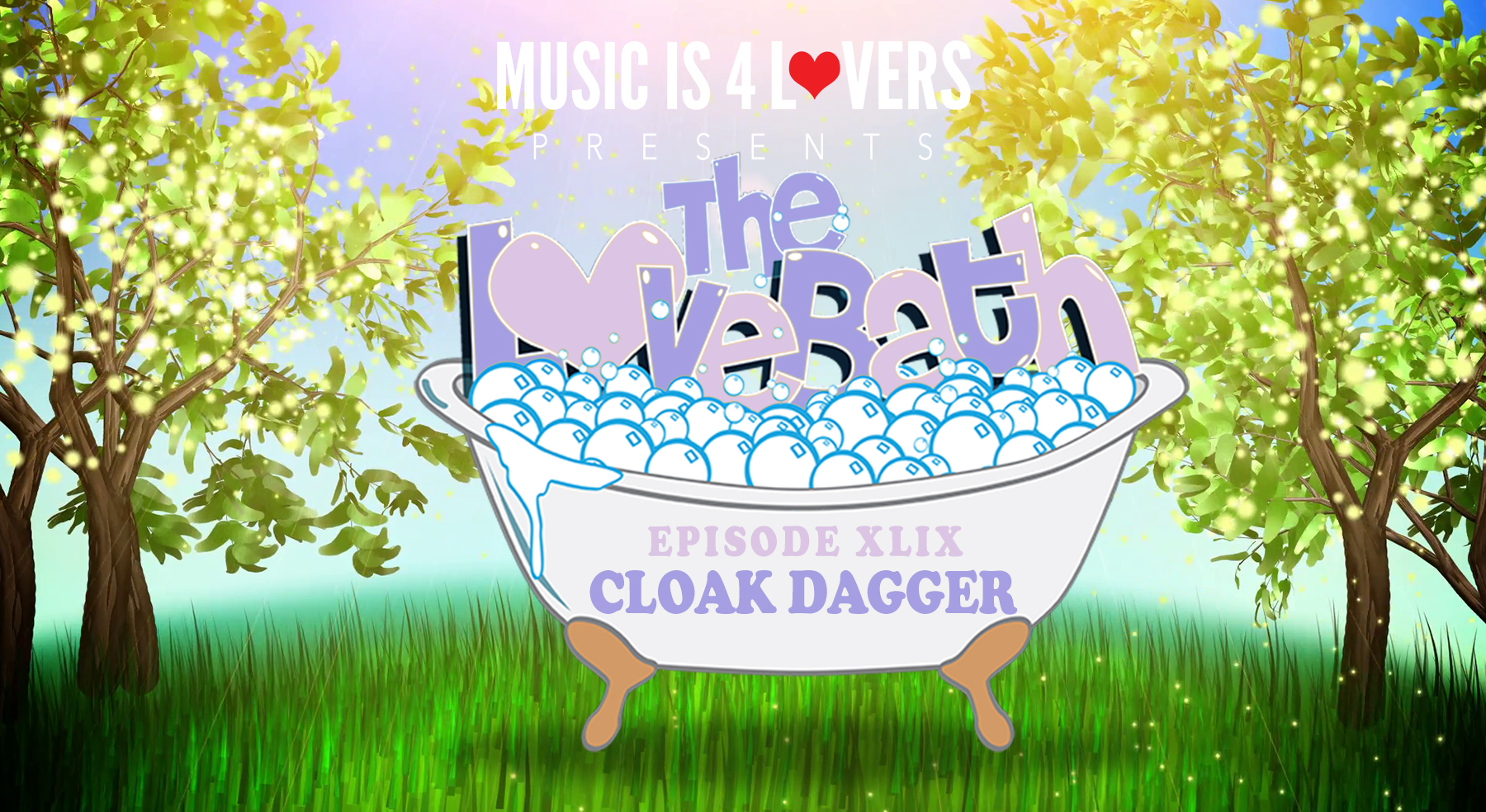 NYC producer/DJ/label owner, Luke Rizzo, is the man behind the mask of Cloak Dagger…he’s also the subject of our latest soak in The LoveBath. From helming the boutique label, Noc Boots, co-curating the Nu Disco Your Disco imprint and podcast series, making first-rate disco edits and DJ reworks or holding down residencies at some of Manhattan’s chicest establishments… Cloak Dagger is a music industry maestro at the vanguard of the underground scene.

His thick and bubbly grooves are a perfect complement to The LoveBath series and it was a pleasure to catch up with the man in our standard Q+A… find it below! 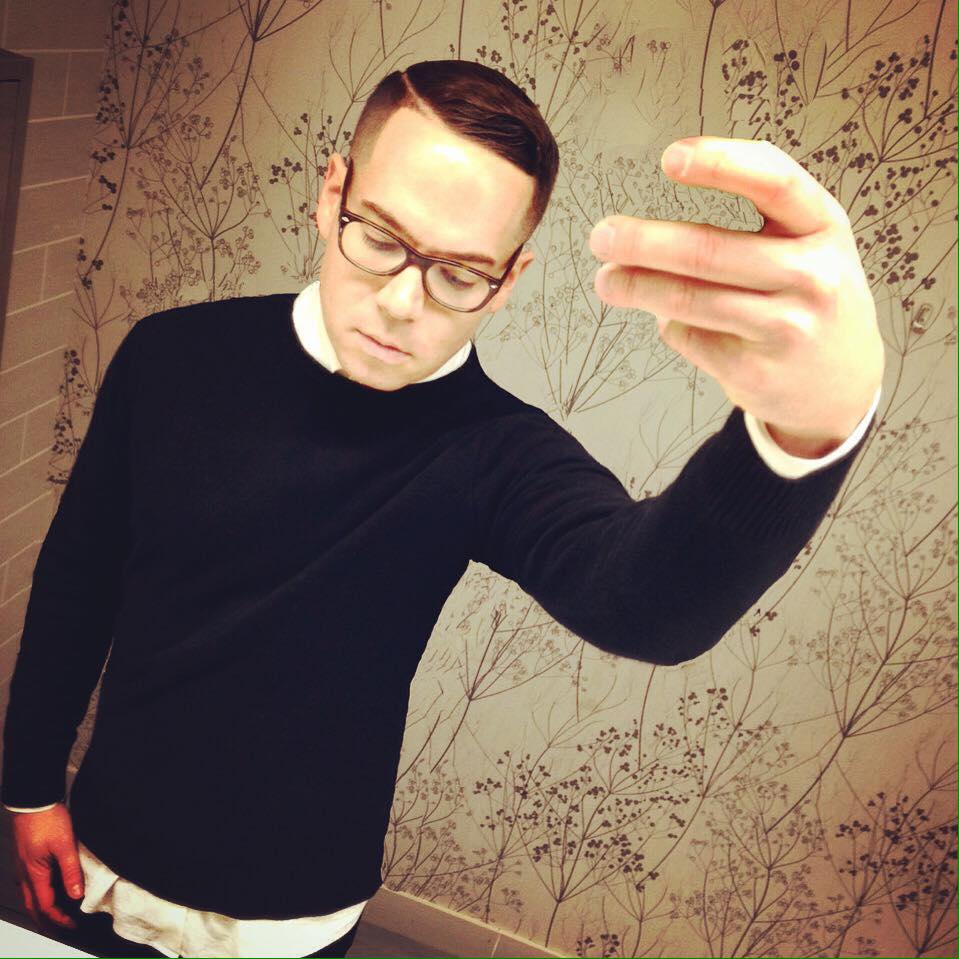 Tell us a bit about Cloak Dagger and a brief history of your journey through music?
I was born and raised in the shadow of NYC. From very early on I became obsessed with digging for new sounds, spending countless hours rummaging through my older siblings cassette tapes, 8 tracks and vinyl. Later, turning to the FM dial, the sounds of NYC radio in the 80’s and 90’s was king and Funk, Soul, Disco, Reggae, House, RnB, Jazz, Folk, Salsa, Avante-Garde, Rap and Rock… it was all there. Coupled with the advent of portable tape recorders, blank cassettes quickly became my empty canvas to the art of cue pointing and creating mixtapes.
By 24, I realized music was my true passion and left behind a career in education to began dabbling with music industry jobs, talent buying and A&R. Unfulfilled, I purchased a Yamaha Motif, an old drum machine and my first turntables. I spent the next two years teaching myself how to mix, beat match and started DJing local bars and clubs at night for income to purchase studio time and learn how to produce.

By 2012 I released a 6 song EP entitled Ale’ Sofi and landed a commercial distribution deal with Cabana Sound which saw the Captain Planet remix of the title track licensed on the Buddha Bar’s Music For Our Friends compilation. Shortly there after, I founded Noc Boots, a bootleg edit and rework series. To date I have additional releases on Midnight Riot, Timewarp, Bastard Jazz, Spring Strut and NDYD.

Outside the studio I inked an agency deal in 2016 with CEG based out of Manhattan. Currently I DJ all around NYC, recently wrapping a three year run of back to back residencies at the W Hotel Times Square and The Row NYC. In 2017 I signed on as co-curator of the NDYD brand and label based out of Germany.

Your boutique label, Noc Boots has been a prime provider of quality edits and reworks… Can you give us a quick rundown of the labels ethos and what we can expect in the future?
Thank you! The Noc Boots vibe is deep, soulful and sexy. Consisting primarily of rework material built around a deep disco medium and rarely wavering above 115 BPM’s. We’re closing in on our 9th release this May and I also throw a few boutique hotel parties around Manhattan under the same banner. Past releases have included a few legends in the game such as: Edit Murphy, DJ Steef, P-Sol, Touchsoul, The Silver Rider, Hotmood, Joseph Terruel, V4YS, Basement Love, Ash Reynolds and Rocco Raimundo.

Anything else you care to share with us? New releases or upcoming gigs? Here’s your chance to plug plug plug!
I have an original joint I’m putting the final touches on with Mateo Roksandic from Canada. I also have a rework on the forthcoming Noc Boots release due May 1st. And I just started a new DJ residency at a really beautiful, multi-level lounge called Sofia located right outside the GW Bridge.

#1 sure fire party starter in your DJ bag currently?
Johnny Guitar Watson-Love That Will Not Die (Ancient Deep Edit)