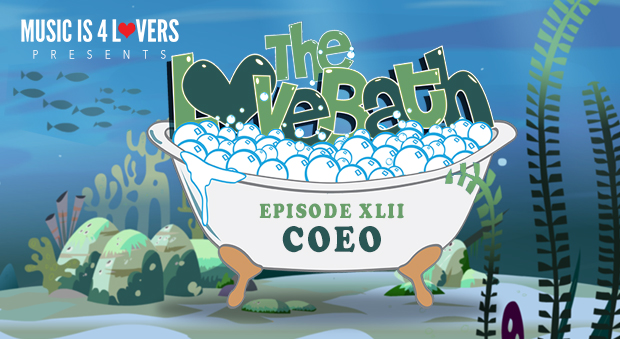 We’re back! Hope everyone is recovering from their Turkey Daze and ready to dance those extra pounds away. If so, we’ve got the perfect prescription with a fresh mix from Munich based duo, COEO. Florian Vietz and Andreas Höpfl have been cranking out deep and soulful house jams for the last several years and caught the attention of heavy tastemakers such as The Revenge, thatmanmokz, Jacques Renault and the Toy Tonics and Razor-N-Tape labels… just to name a few.

Their brand of disco inspired and sample heavy productions make them a perfect fit for The LoveBath and we’re beyond stoked to welcome them into the fold. I’ve been lucky enough to have their mix locked and loaded on my sound system for the better part of a week and I must admit, it’s a special one…I’m sure you’re gonna dig it!

Tell us a little bit about COEO… Who are you? How did you come to produce music together? Whats the vision or mission for COEO?
Flo bought his first DAW (computer software for music production) at the age of 15 for 30€. You were not able to use any plugins or effects in this program but it was good enough to sample music. He used it for several years and even won a remix contest with this program. It was around the same time when we bought our first turntables, but we didn’t have enough money to buy two, so we had to share our turntables and purchased a mixer together. We didn’t go to the same school, but we had known each other from skating. On our first gig we played Hip Hop and Flo had to leave the club at midnight because he was still a minor, haha! After finishing school, we moved to Munich and decided to get more professional with our music and that’s how we got here…

What’s our mission? Well, “COEO” means something like “…to unite.” We thought it was a suitable word for describing a DJ’s job. Music unites people and the dancefloor is the perfect place to form this unity… a place where everybody can feel free and have fun

Taking a quick look at your catalog, you’ve had some great releases and worked with some top record labels… but there seems to be a heavy relationship with Berlin based label, Toy Tonics… can you fill us in on your relationship there?
Toy Tonics’ boss, Munk is currently living in Berlin, but he’s originally from Munich and still spends a lot of time here. Toy Tonics also has an office in Munich. We once met these guys at our favourite club in Munich called “Charlie” and gave them a USB Flash Drive filled with about 15 demo songs cause we liked the label and the songs they released. We soon realized that we have a similar taste in music and that’s why we were both interested in working together and making more than one record on the imprint.

Dive into the mix you’ve prepared for us…what can we expect?
Well, the mix starts funky with some of our new edits then gets a mellow house vibe after a while, but I think we should let the music speak for itself!

Anything else you’d care to plug? New releases, remixes, tour dates? This is your chance to plug, plug, plug!
Up next are some remixes for Magic In Threes on Razor N Tape and Eli Escobar on Classic Music Company. We’re also featured on a V.A. compilation on Rhode & Brown’s little imprint “Slam City Jams” in early January.
We’re really looking forward to playing in Paris on the 1st of December. We have seen a lot of good clubs there, but we haven’t made it yet to Djoon. So we are really excited!
If everything works fine on the visa, we’re also going to play an Australian Tour real soon. Also got some real nice 2018 gigs in the UK, but we’ll provide you with more info soon.