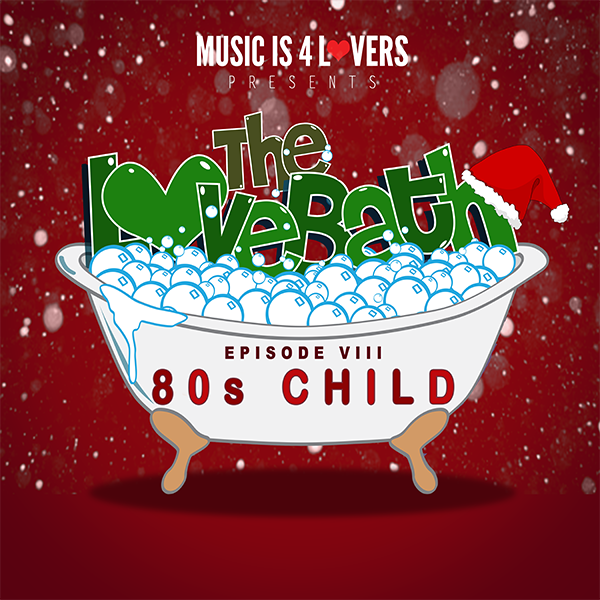 We couldn’t be happier to have a true Child of the 80s for our eighth installment of The LoveBath. Warrington born UK Producer Danny Worrall was raised by his parents on a strict diet of soul and disco music, so it was only a matter of time before those seductive sounds played influence into his own unique productions. Danny’s work was subsequently encouraged after closely observing artists like Greg Wilson, Tiger & Woods, Late Nite Tuff Guy and 78 Edits. Since then he has established himself among the leading talents in the nu-disco and edit scene, seeing his first solo release (Back To The 80’s Vol. 1) find itself a home in the number one spot on the Juno Download Charts.

After a stellar 2014 releasing various EPs and a full length album on Midnight Riot Records, Danny launches his own imprint: Masterworks Music, featuring appearances from some of the best in the genre like Ziggy Phunk, Coutel, Fingerman, Dave Gerrard, Deadly Sins, Dr. Packer and Casual Connection to name a few. Many of the tracks on the upcoming release are featured in his LoveBath mix, and we haven’t been able to stop dancing since it arrived. The Masterworks Music Vol. 1 Compilation will be out on January 19th. In the meantime, pop open a bottle of wine and fill your tub until it bubbles over, as we invite you on a voluptuous voyage back in time with 80s Child.

Warrington isn’t one of the first cities that comes to mind when thinking about disco/house music. Can you tell us a little about how you got started?

I first started Djing when I was about 14 years old, most of my older friends had decks and used to buy vinyl every week from the local record store which was also where I did my work experience so I suppose I owe it to them for teaching me how to mix and my older brother had a set of technics 1210’s which also helped a lot.

I started re-editing when I was about 24 using acid pro, the first edit I ever did was of Beyoncé’s Crazy In Love but at the time I just didn’t follow it up for some reason.

Then a few years ago I set up my 80’s Child profile on Soundcloud and the rest is history.

What were some highlights of the 2014 season for 80s Child?

My biggest highlight of 2014 would have to be playing along side Late Nite Tuff Guy in Dublin and for him to play my rework of Hall & Oates I Can’t Go For that was the cherry on the cake.

And not forgetting my debut e.p Back to the 80’s Vol 1 hitting the number 1 spot. That was a great feeling!

Other highlights included the debut Album on Midnight Riot which went to number 2 in the chart and number 1 for the week.

Toto, Prince, Michael McDonald, Hall & Oates and Michael Jackson were all on rotation in your household growing up. Were most of these artists a big inspiration for you as well early on, or was this simply part of the musical diet your folks had you on?

Both I guess, I can really only thank my mum and dad for the way I am now as I really was put on a strict diet of quality 80’s music from a very early age, I can even remember dancing to Michael Jackson in the family front room in my Baby grow.

That’s how young it started in my house!

Favorite record(s) in your collection?

I couldn’t possibly choose but I’ll have to go with my debut vinyl release on Midnight Riot Records on the A side with Late Nite Tuff Guy. Another major achievement for me!

Your favorite venue to play? Any city you haven’t played yet that gets you excited?

My favourite venue to play would have to be XOLO in Manchester for the guys who run the Fever 105 night, I’ve played there 3 times now and there’s been talk of a residency there as well. Top bunch of guys and a great venue!

Perfect Sunday activities to wind down from a weekend of debauchery?

I’m a family man as well so Sunday is the day I like to chill with my little girl and also if I have the time to play some vinyl.

That’s what Sunday’s are made for! Love me a vinyl Sunday!

Drink of choice for me would either be an ice cold bottle of beer or a Southern Comfort!