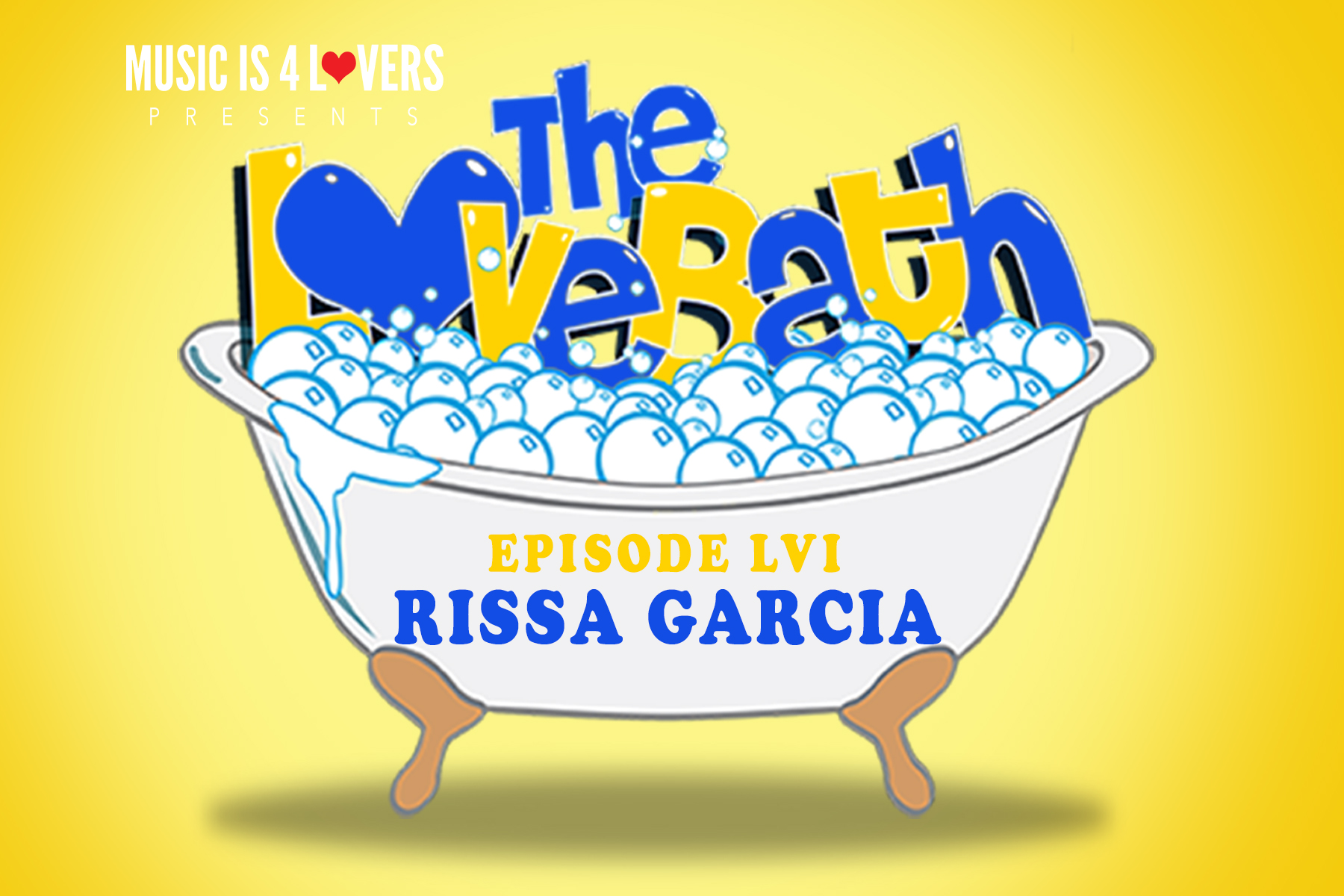 Step into this weeks hot and soapy LoveBath with NYC’s underground warrior, Rissa Garcia. Has head cheese over at Nightchild Records and resident and spearhead for the roving party series, Dancing Room Only, Rissa has takin’ her licks and earned her stripes working just as hard on the dancefloor as she does in the booth.

Here, she blesses us with an hour long mix chalk full of the classic, New York flavored deep house she’s become known for. This is what real house music sounds like kiddies….pay attention and get wet! 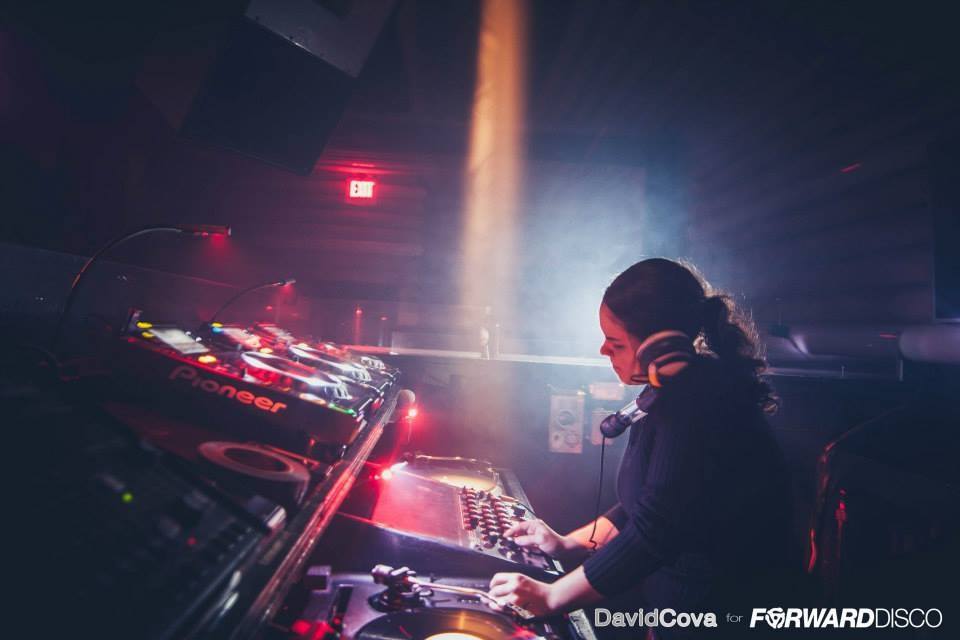 Tell us a bit about yourself, your musical journey and where you’re at now.
I was born and raised in NYC, I’ve always had a thing for music but I truly fell in love with it when I visited a club called Vinyl in early 2000. Danny Tenaglia was the resident DJ and I was so mesmerized by the way he played and the passion he had for the music. I had been to my share of nightclubs but this was a different experience for me. This was where I finally got that “church” feeling. I danced blissfully for hours on end without a care in the world, it was so freeing and that release became like a drug for me. When music heals you in such a way…it can be a very powerful thing. From that point on I decided that is what I wanted to do with my life, not just play music, but heal people through the power of music. I started to collect records and practice at my friend’s place and eventually, I got my first gig in 2004. Since then, I’ve been blessed with some amazing gigs alongside some of my favorite DJs and inspirations including opening for Danny Tenaglia, the ultimate dream come true for me.

You host a phenomenal event in New York called Dancing Room Only…how’d this event start and what’s you plans for the future there?
Well, truth be told we are still young in age as a brand but in those two short years, we’ve been fortunate to host some true legends and amazing DJs.We’ve been fortunate to have the likes of Todd Terry, Danny Krivit, Mood II Swing, Jimpster, Jellybean Benitez and more grace our little party …….I’m just a person that loves to dance and I’m booking from my experience on the dancefloor. I enjoy DJs that are passionate about the music and what they do, and it shows. That’s something you just can’t fake!
I started Dancing Room Only as a counter to the “standing room only” type culture often displayed in our present clubbing environment. You have some events that look more like a concert than a nightclub. Most DJs aren’t really “performing” per say, we just play music and we much rather see you dancing. So whether it’s an official Dancing Room Only event or if I’m an invited guest DJ…. It’s dancing room only on my dancefloor. And that’s not to say not dancing isn’t ok but don’t stand in the midst of the dancefloor…stand to the side if you wish to observe and report. I’m not saying this just as a DJ but also as a dancer, I appreciate the extra space as there is nothing worse than prime dancefloor space being occupied by a statue. Also taking a pic or video here and there is ok. But it pains me to see people just standing on the dancefloor with their phones out recording or standing in awe of the DJ and staring at them all night. To me, it’s the exact opposite of what this culture is about. Dancing, the communal aspect of being amongst like-minded people and sharing that connection through music is what it’s all about.

You also seem to have a pretty strong kinship with legendary New York jock, Danny Krivit. How’d your relationship begin and how’s it been working and collaborating with such a powerhouse?
Danny and my hubby, Ariel, have been working together for years. Ariel has done lights for Body&Soul and Danny’s 718 Sessions and even before that, they worked at Club Tracks and Soundfactory together. During one of the Body&Soul outings, Danny had mentioned to Ariel that he was looking for someone to help him with bookings, social media, website stuff, etc. which Ariel replied thatI was pretty savvy at that so he called me and I started working for him. And then in 2014, my friends at Forward Disco were doing a Saturday event at Cielo Club at the time, and I spoke to them about booking Danny for their event. They ended up asking me to open the night and it ended up to be a pretty successful night. We’ve shared the bill numerous times since and each and every time is amazing. I also go to play at his famed 718 Sessions which was another personal highlight for me as 718 is one of my favorite events. I’m truly honored to have learned from him and be one of the DJs called upon to open for him when he plays in NYC.

Anything else you care to share? Upcoming releases or exciting gigs? This is your chance to plug, plug, plug!
Aside from DJing, I produce music as well and I’m excited about my new EP coming out this October on my label, NightChild Records, which I just relaunched after a 3-year hiatus. I’ve taken a short break from doing the Dancing Room Only events to get the label back up and running but now that we’ve established that we’re ready to get back at it again and we have an awesome rooftop event on August 22nd with the label owner of one of my favorite labels,  Love Notes From Brooklyn, Nathaniel Jay at the wonderful Elsewhere Rooftop. I’ll be joining King Britt at Good Room August 30th, playing Output September 15th with an all-star lineup I can’t reveal yet and really excited to be part of Ultra Nate & Lisa Moody’s 15th anniversary of Deep Sugar events at Le Bain Friday, November 3rd. In between, I’ll be working on the fall Dancing Room Only lineups and some more releases.

Your current, #1 party starting tune in the DJ bag?
Ahh I have a bunch of those but I’ll give you one……Lavvy Levan – “Get Up In My Bones”