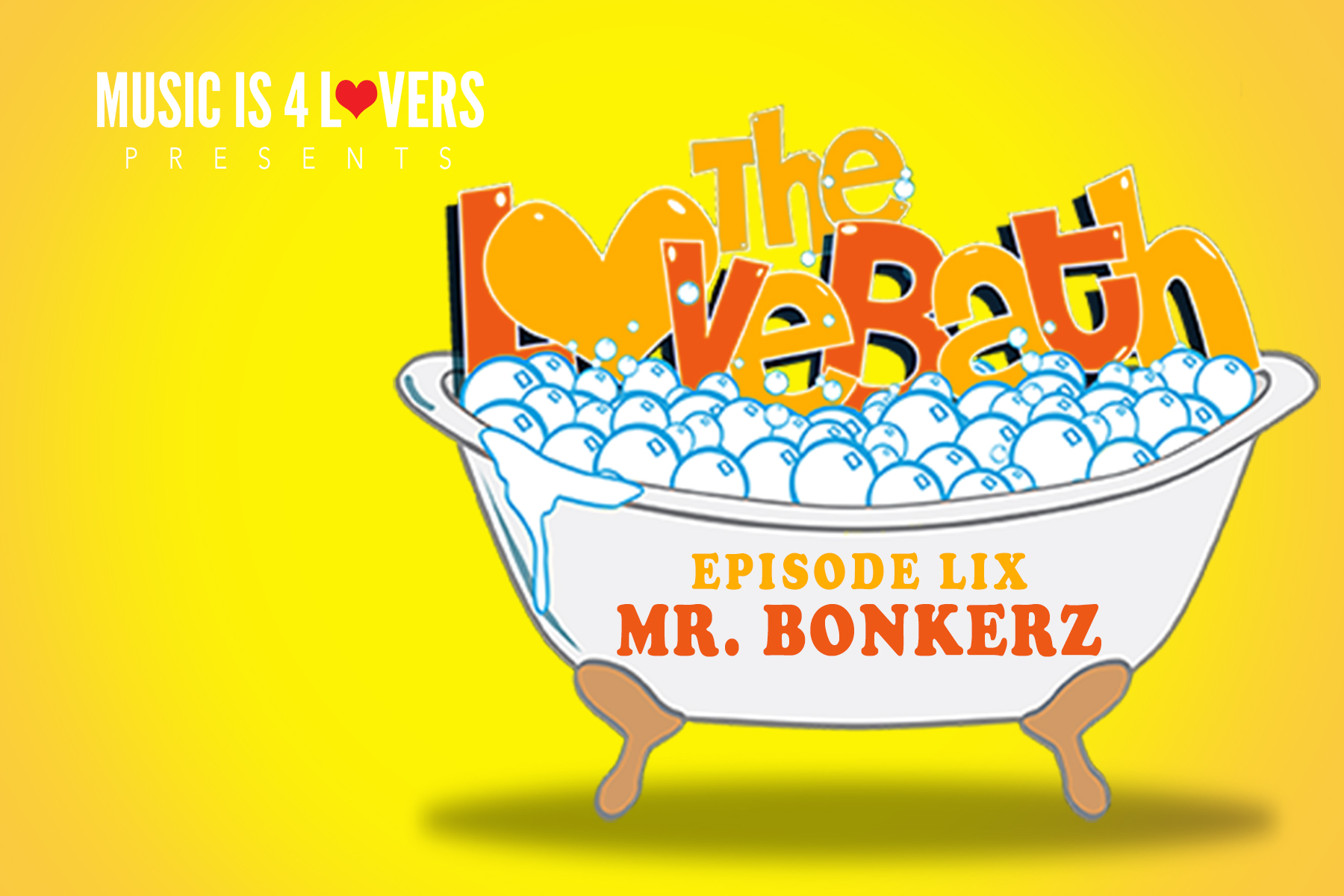 The LoveBath bubbles up this week with a scorching mix from our friend in Washington, D.C., Mr. Bonkerz. Known to many as the musical director of one of the Capitol City’s most legendary venues, Eighteenth Street Lounge, Mr. Bonkerz (Nee’ Matthew Lipsit) cut his teeth as a resident DJ for the night spot before being offered the coveted position.

Dip in to his steamy mix for us and peep our interview with him below! 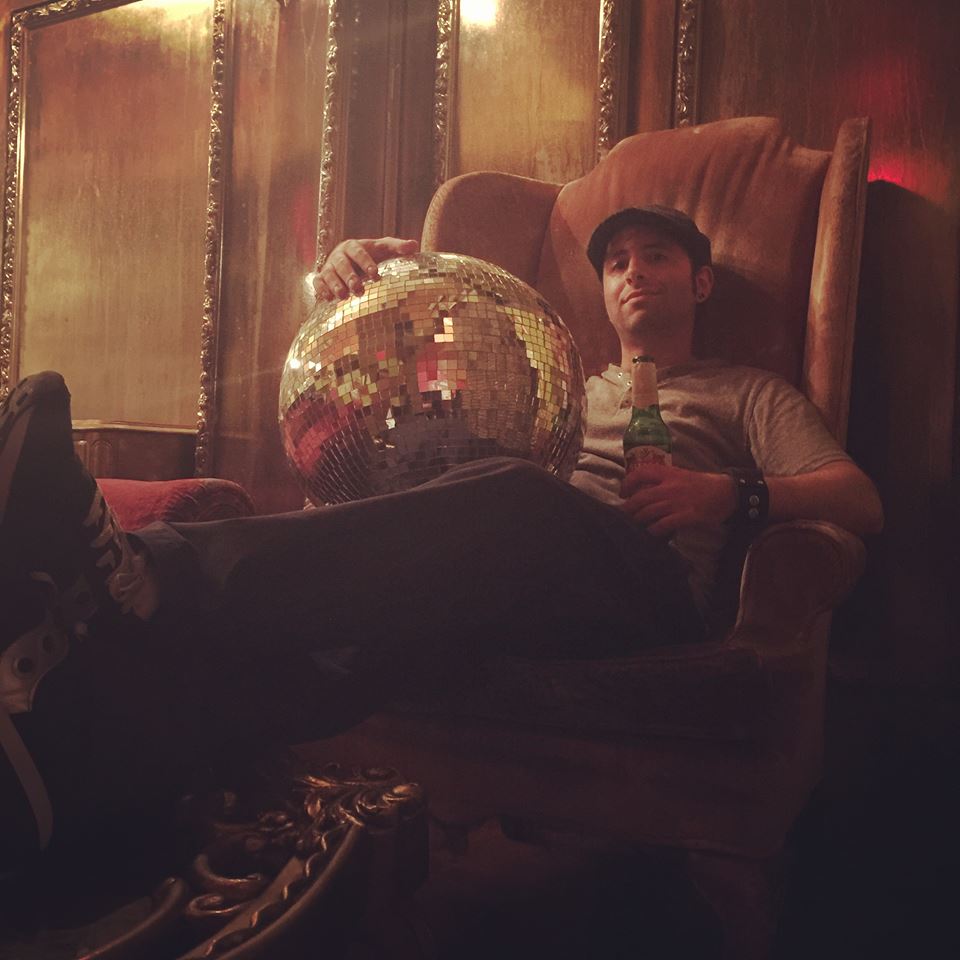 Give us a little background on your musical journey and where Mr. Bonkerz comes from?
I’ve always been a huge fan of music but my road into the nightlife industry was different than most people I’ve worked with. I grew up in the jam band scene with Phish, The Dead and so on. I wasn’t hanging out at clubs/raves and following DJ’s but going on tour and collecting/trading (recordings of) shows was a big thing for me. I know, quite the change from earlier days! However, my love and appreciation of funk music was always there and a constant theme with the music I followed and where I am as a DJ presently.

I started DJ’ing in 2009 and was lucky to have some friends who showed me the ropes and gave me some opening gigs and a monthly at a small coffee shop in North East DC. I also was fortunate to know a lot of bands/managers/promoters in the jam band world who would use me as an opening or “between set” DJ at clubs across the Northeast (Baltimore, NY, Boston, etc). While most of the DJ’s I knew were playing House music, I wanted to be different and bring something unique to the table. Funk/Disco music just seemed to click in that world and it made sense. Both styles of music were groovy and made people want to dance. Plus, thanks to the digital world, music had become way more accessible and the edit scene blew up. I was coming across remixes and edits of The Talking Heads, Pink Floyd, Rick James and this pulled me in.  And a shout out to my good friend Sleazy McQueen of Whiskey Disco, who grabbed my attention immediately with his edit of “Shakedown Street,” one of my all time favorite songs. It always gives me a chuckle that I went from being a fan to now booking Sleazy on a yearly basis. I feel blessed.

My big break came in late 2011 when I played Eighteenth Street Lounge for the first time and it blew me away. To be honest, I had never stepped foot in the venue but it was perfect… four rooms of music catering to different vibes with an old/vintage look and feel. It wasn’t flashy or overpriced, it was classy and revolved around the music and bringing people of all races and ages together. I waited patiently for another chance and eventually became a regular on the roster upstairs in the jazz bar in 2013. Fast forward five years and i’m now grateful to have a weekly residency rotating between the Gold Room & The Patio.

Regarding the name, “Mr Bonkerz”, I grabbed it off one of my favorite TV shows growing up: “That 70’s Show.” It was the name of Donna’s cat that is run over by her boyfriend, Eric. It was a quick scene and may have been the only time he was ever mentioned in the show but it instantly made me laugh and it worked since i was a Disco style DJ who loved 70’s music. I think it was actually “Bonkers” in the show but wanted to put my own spin on it with a Z.

As the musical director for the legendary DC venue, Eighteenth Street Lounge, you’ve had the pleasure of bringing tons of amazing talent to the Capitol City. How long have you been with ESL, how’s your time been and where do you see the future of ESL heading?
It’s honestly a dream job for me. What started out as a casual DJ gig became a career for me thanks in large part to Farid, the owner. We became good friends over the years and he allowed me to start booking the DJ’s in the jazz bar upstairs by 2013 and eventually, he handed over the keys to the entire operation by the following year. He had been doing the bookings since the venue opened in ’95 and I am truly grateful that he showed me the trust and faith to continue forward with his vision. Beyond the music, I love booking amazing talent from all over the world and getting to know them on a personal basis. The amount of booking inquiries and general interest we get from around the globe keeps me quite busy and I love it. No bigger compliment than having an inbox flooded with people who love the establishment and want to work with you.

Another reason I love this job is the future is unpredictable and so different from your normal 9-5 job in the music world. You don’t know what is coming tomorrow or next year. Things could stay the same or change in an instant.  Having worked in the corporate world for almost 10 years, this was the type of change I was looking for and was happy to take on.

Providing music for 4 rooms has allowed me the flexibility and creativity to work with all genres of music. We pride ourselves in being a venue that caters to the international crowd. We have weekly house bands that concentrate on Reggae and Salsa/Latin Jazz and I think that will always be a large part of our identity. Of course I hold a special place in my heart for Disco & Funk music but I try to be as non-biased as possible when it comes to booking talent. We have long-standing relationships with DJ’s in the Hip Hop, Latin & Reggaeton communities and I see the open-format DJ world as a perfect fit for our venue in the years to come. Lastly, we strive to provide music entertainment that is like nothing else in DC. It’s a big time honor that just about everybody who plays at ESL always wants to come back. I can only think of 1 person who refused a return visit since I took the job. Sorry, I’m not going to call out that individual publicly but buy me a drink sometime and I may tell you discreetly

Anything else you care to share? Upcoming events or gigs you’re excited about? This is your chance to plug anything and everything.
I’m not one to talk about myself so lets focus on some of the bookings. We just had the great John Morales in town this past weekend and it’s always one of my favorite bookings when he comes through town. John is an absolute legend in the disco scene and an all around good guy.  I’ve booked him 3 times now and am beyond honored that he always expresses interest in coming back. He doesn’t play a lot of U.S. gigs because of his massive popularity abroad. The fact that he chooses us is an amazing honor. We’ve become friends over the years and I love soaking up his knowledge and talking about our favorite baseball team (Lets Go Mets !)

On the local front, I’m so happy for my good buddy Martín Miguel and the constantly growing, Better Listen Records label that is gaining praise and attention all over the world. He came to me with an idea of starting a monthly Sunday party called “Hold Tight” and October 14th will be the 2 year anniversary while also serving as a release party for his latest EP with Dorsi Plantar. It’s really been a great relationship. We gave him the opportunity to help his label grow and he’s been tremendously loyal to us… a win-win for everybody and couldn’t have happened to a nicer guy.

#1 sure-fire party-starting track in your DJ arsenal at present?
I’m going to mention two tracks: One of them is fairly generic, but I just can’t get enough. The Reflex reworked Kool & The Gang’s “Celebration” earlier this year and it was masterful. I’ve always loved that song but it’s rather short and really not suitable for a big room. His rework is the perfect blend of “I know this song” but not “I’m at a wedding.” The lyrical re-arrangement is spot on. I’ve only played it a couple times but it always hits big when placed appropriately.

The other one is a track I’ve been bragging about and playing consistently since its release in Summer 2017. Rabo & Snob’s “Yawumna”.  I am a huge fan of West African funk music and this track was love at first sight upon hearing it for the first time.  The duo knows how much I love this song because I never stop talking about it! We’ve been fortunate to have Eyal Rob from the duo perform with us several times.