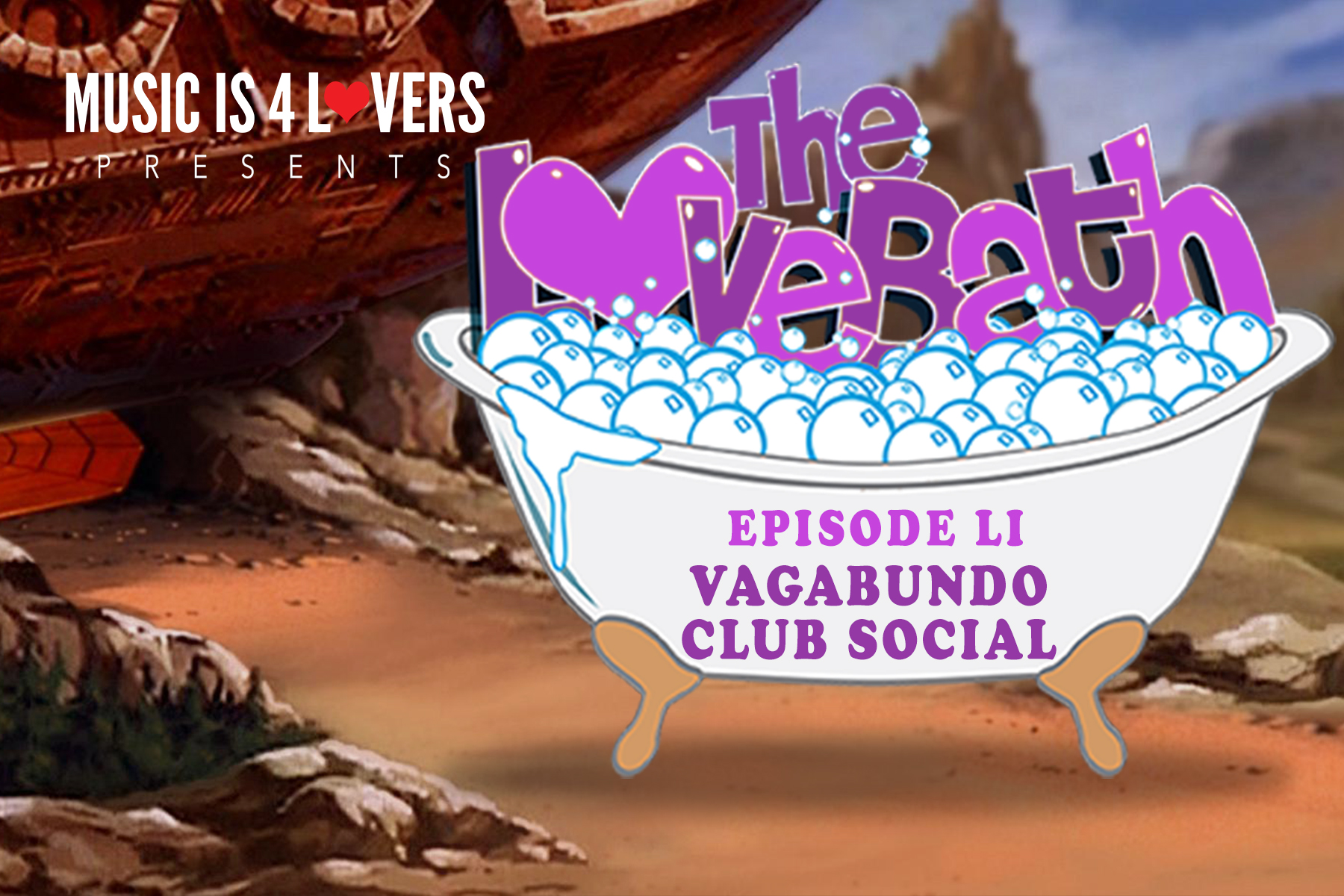 The LoveBath keeps on bubblin’ along in 2018, and this time we head south of the equator to Colombia to luxuriate in the soapy sounds of Vagabundo Club Social. The DJ/Promoter/Producer duo of Jaime Tuiran and Juan Pablo Pinedo have embarked on a crusade to spread their funky sounds to every corner of their home country… and by picking up such advocates as Sleazy McQueen, Pontchartrain and Dicky Trisco along the way, this pair is well on it’s way to global success.

Amidst current and forthcoming releases on the coveted Whiskey Disco, Lovedancing and File Under Disco labels, plus a touring schedule that is on the steady incline, I caught up with the fellas to chat about their history and musical influences. Dip in!

Tell us a little bit about Vagabundo Club Social and how it began plus your individual backgrounds.
Vagabundo Club Social or VCS began as an artist collective / musical movement in our hometown of Barranquilla, Colombia to focus on putting forward new ways of perceiving and enjoying electronic music through disco and jazzy house vibes. Our main goal was to propose an alternative to the saturated techno / progressive scene in Colombia. We were various Dj friends that started out as VCS dj’s, so initially the name Vagabundo referred to all the dos that were involved with the group. Later on, myself, Jaime Tuiran and my partner, Juan Pablo Pinedo ended up using the VCS moniker as our artist name and here we are, We have been djing for a very long time and we have been friends for even longer.

How would you say growing up in Colombia has affected you both and the way you guys make music.
We grew up in a very festive, Caribbean city called Barranquilla…it’s home to one of the worlds most renowned carnivals and is a place defined by music. Traditional and folkloric music is at the forefront with it’s combination of African or Latin percussive elements with traditional rhythms… it’s proven to be a very hard place to flourish as an electronic music producer. Genres like Vallenato, Reggeatton and even folk music, which are at the extreme opposite of what we do, are the mainstream here so, it has been a tough road for us.

You seem to have found your way into the fold of Whiskey Disco…how did you come to connect with label owner, Sleazy McQueen?
We booked Sleazy once for a VCS party in Cartagena… it was a New Years Eve gig and we all kinda hit it off immediately. Since then, we’ve become very good friends and have played together at many parties in Colombia as well as the US and even the Dominican Republic. In all these moments we shared, we had the opportunity to show him our music projects and he really dug it… that’s opened the door for us to became part of the Whiskey Disco family. We’ve also had the chance to meet Dustin Alexander (Pontchartrain) in these comings and goings with Sleazy and Whiskey Disco and they have both played an important role in our musical journey, we are very greatful to them, they have taught us a lot.

Any other exciting news you’d care to share with us? This is your chance to plug, plug, plug!
Well, actually we have some tunes coming out on Lovedancing with Sleazy and our Colombian boogie brother, Felipe Gordon. There is a forthcoming EP called Discos Dorados and it includes remixes from Eddie C, which is someone we admire and respect a lot. We also have some stuff coming out on File Under Disco, with Dicky Trisco remixes, also another amazing artist which we follow closely and we are working on lots of other stuff that will be coming out this year so you will definitely keep hearing from us!
There is also a mini-tour coming up this month in New York City… we’ll be performing at Rosegold on the May 24th, Make Beleive/Sixty Hotel on the May 25th and Black Flamingo on the May 26th… we are very excited to be playing these awesome venues which have housed so many great artists.