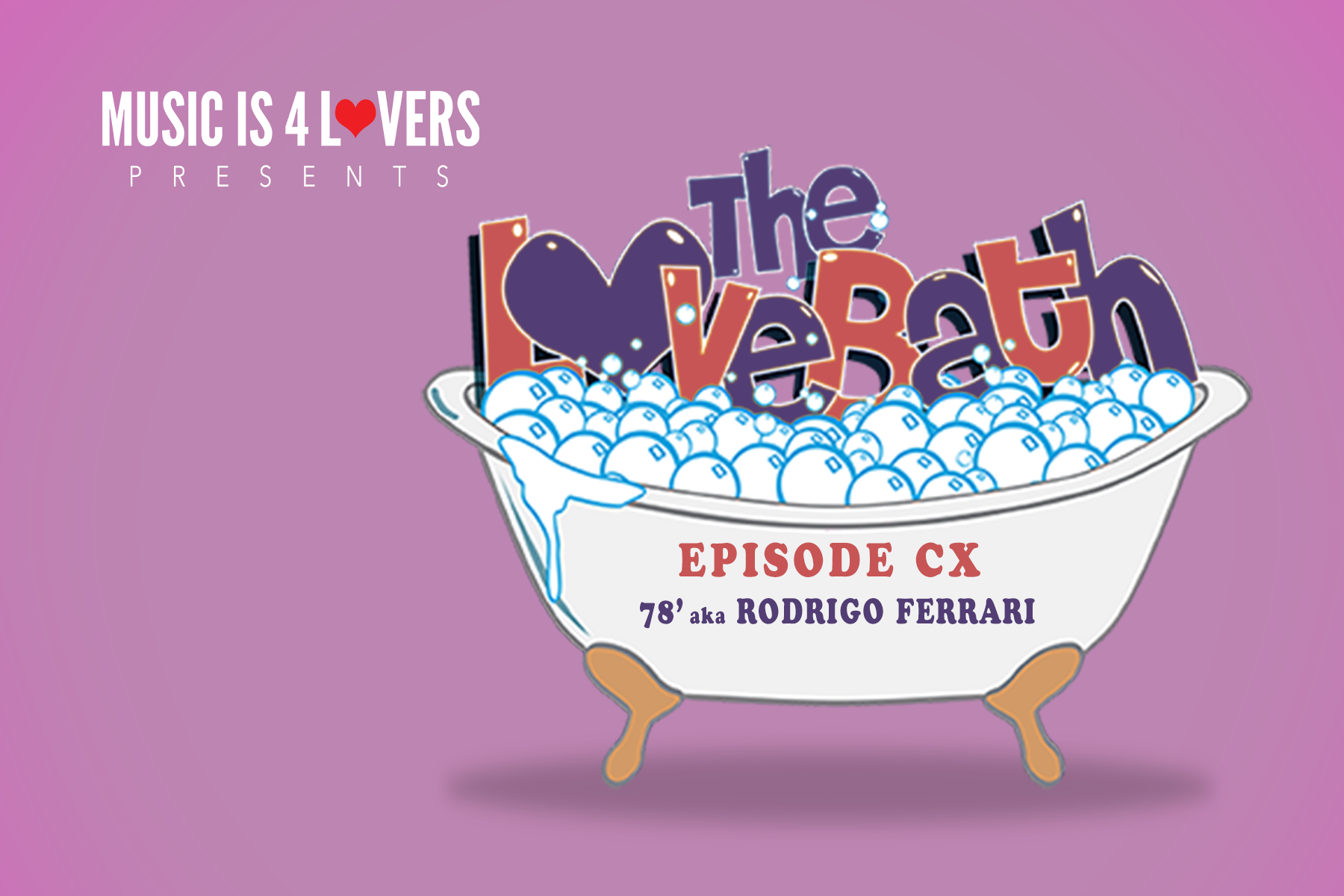 Episode 110 of our LoveBath series comes from South America’s 78′ aka Rodrigo Ferrari!

Born in São Paulo and performing since 1992, Rodrigo Ferrari is part of the history of the Brazilian electronic music scene. A fan of music and nightclubs since he was a teenager he listened to the beats of every age. He is clearly influenced by the 70’s and 80’s style. Not even punk or rock metal escaped. He added old school touches to his contemporary music thus developing his particular and admirable style.  He started playing at small parties and private events. Then his career solidified in the electrifying Brazilian night, shaking hundreds, thousands in big events. Going through his diary is a thought-provoking global journey. Performances at major festivals: Creamfields Brasil, Xxxperience, Tribe, D-Edge Festival, Planeta, Rio Music Conference Festival; Tribal Tech, to name a few. Gaining more and more space at international dance floors he was the first Brazilian in 2007 to play in the legendary main room of Pacha Ibiza in Pure Pacha, commanded by Pete Tong at that time. Tours throughout Europe, Africa, Americas.  From A to Z it’s hard to tell who Ferrari hasn’t yet shared the booth with. Rodrigo Ferrari is cited by the national and international media through a variety of participation in major broadcastings. His acclaimed sets collect important nominations, awards and prestigious placements at the top of the annual rankings as well as partnerships with major world brands such as Armani Exchange Brazil (2007- 2010).  Signing the up to date of electronic music, Rodrigo Ferrari is part of the new generation of big producers of national e-music. Musician by vocation, he studied at the IAV (Audio and Video Institute) Brazil in 2000, and soon after in 2004 he graduated from the SAE (School of Audio Engineering – London) one of the most prestigious schools of audio production and engineering. He teaches courses as much as whatever work he wants to do in his studio: he signs tracks, jingles, advertising jobs, radio productions and support for other DJs, producers and musicians. But it is in the development of his musical compositions and remixes that Ferrari has received international attention lately.  With his first official release in 2005 and steady growth, many have been his releases for prestigious labels: Get Physical Music, Deeplomatic Recordings, East, BBE, I! Records, as well as participation in national and international compilations. Supported by artists such as Richie Hawtin, Marco Carola, Stefano Noferini, Roy Davis Jr., Joseph Capriati, Tom Findlay among others. In addition, there were more than 15 years in the radio (2001-2016) in some of the main radio stations of São Paulo, beginning with Metropolitana FM and soon in Energia 97FM. The pulsing harmonisation, refined technique, and mastery of diversity make him stand out in so many directions. This mix of know-how and charisma form this real artist.