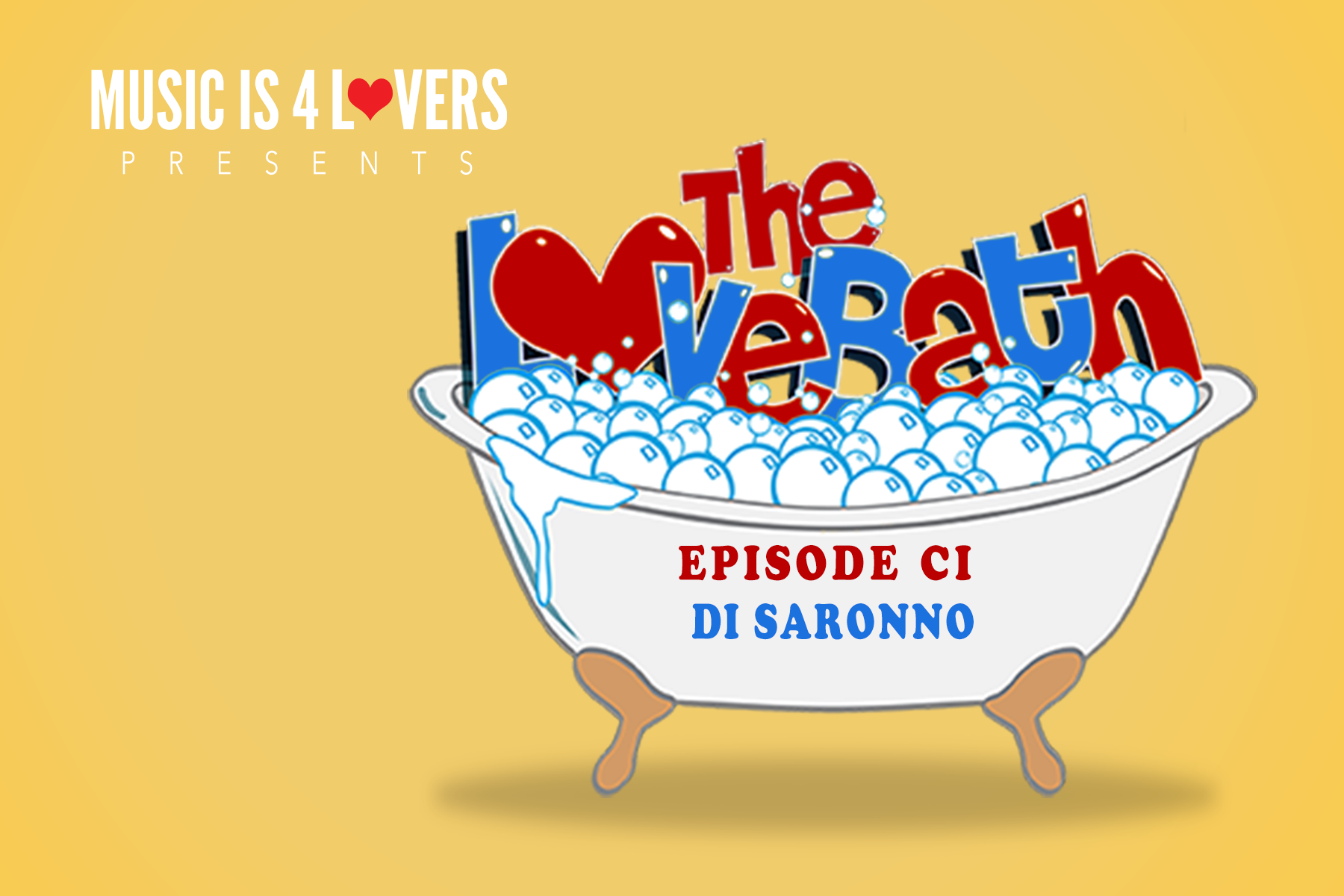 Episode 101 of the LoveBath comes from the multi-talented DJ/Producer, Di Saronno. Born in Santa Barbara (California U.S) and based in Italy, Di Saronno is 31 years old and has been a dj/producer since 2004. He’s also known as ‘Francesco Ferraro’ producing minimal deep/tech and ‘Vanity Crime’ producing powerful techno which helped him play all around the world (WMC Miami, Techno Tuesday Amsterdam, Australia and so on…) Di Saronno is also 1/3 founder of the old school house team ‘Houseswingers’ and a supporter of Milan’s multifaceted and funk-fueled music project ‘Body Heat’ He prepared a fantastic disco mix for us littered with originals & edits, so sit back and enjoy this one! 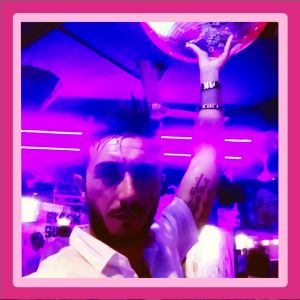 1.) Can you tell us a bit yourself and your background in music?

Behind Di Saronno shade for those who knows some bits, my nameʼs Francesco “Frank” Ferraro born in Santa Barbara (California U.S) based in Italy and 31 years old, dj/producer since 2004. I have been working around the music for the last years, with my main acts “Francesco Ferraro” producing minimal deep/tech and “Vanity Crime” a powerful techno trend that brought me to play all around the world (WMC Miami, Techno Tuesday Amsterdam, Odessa in Ukraine and so on…) I started this new project as experiment back in 2017! I decided to make some old-school house and retro-disco edits just for fun, and perhaps I really enjoy doingʼ them and I couldn’t stop anymore. Like most of Italians we are also a big fan “the art of sampling” for my whole experience, I been studying how the biggest worldwide hits came from samples from 60ʼs, 70ʼs, 80ʼs. They are our biggest superstars. No one else! Much respect for the hard working and perseverance of those years.

2.) So you juggle a couple of different projects and aliases, can you talk a bit about these and whatʼs been your motivation for separating them out?

I also run another glam nu disco project known as “Mindbuster”, 1/3 founder of the old school house team “Houseswingers” and in second line supporter the of the Milanoʼs multifaceted and funk-fueled music project “Body Heat” ;). Most of the them have in common the sound line I been developed since I decided to step off the techno scene, an infuse of lavish swing house, acidy disco, some loopy melodic lines and game is done!

3.) Tell us about some of the releases and edits youʼve put out, do you have any favorite or favorites in your catalog?

I just came back to studio to put my hands on all the “blur” drafts I struggle to complete during quarantine time on board the cruise ship I was working. And actually yeah I been digging so much, so Iʼm happy to spoil you my favorite upcoming cuts and edits. First of all “City Lights” that includes a magnetic sample from Candy Dulfersʼ charismatic “sexy” talent, this will be released end of this month on Glasgow Underground. Then I will also got ready my “Golden Club Series, Vol.2” that is on sale on Bandcamp and soon on Wax! Including my Clubside and Dubside Edits for George Michealʼs Outside that I really love it. One of the best Mindbuster is my collaboration with the Neapolitan Jazz legend “James Senese – Eʼ Na Bella Jurnatʼ” thanks to the friendly participation of Stefano “Bulldog” Silvestri. And as last in my head right now a Jackinʼ belter boot I did with Loleatta Hollowayʼs sample that I called “Money Hustle” that is circulating around quite fast, but for official release iʼm waiting to clear the sample

Lately I been expanded my ratings towards a fulfill underground house represented by a lot of rising stars like: Disclosure, Phil Weeks, Waze & Odyssey, The Avalanches, Trutopia, Adryiano, Louis La Roche… (to name few). I respect them overall quite at the same level of the greatest housemasters that put the reins to build the genre: MAW, Basement Jaxx, Todd Terry, MURK, David Morales, Roger Sanchez, Mousse T. The Di Saronno project is very moody nowadays. I watch a lot of Netflix documentaries and series to get also inspirations from like “The Get Down” and “Hip Hop Evolution”. Def because of it I got better skills at making sample-based music.

5.) How have you spent the bulk of your time during the Quarantine?

I was lucky/unlucky enough to find myself on the cruise ship I work as deck officer from January til July. Last 3 months were the most difficult ones, with the ship anchored off Manila in Philippines, with no chance to step out from it. I had to align and re-evaluate a lot of choices for present and future as person and musician, promising myself to appreciate and enjoy simple things in life, after all the hard working I been through together with my colleagues. We had to keep our brain sane in some way, and limitations in the workplace gave us the right concentration and motivation to focus on our separate hobbies. Gym and Ableton were my best friends overall. Took me quite a lot to self-adapt with the real world, where luckily my beloved family and girlfriend co-operated to make things easier.

Hope that festivals will be opening soon with a contained concept. I miss read surprise line ups flyers with my favorite acts on it. Every country has his own overview of the situation. Italy was the first to start bringing things to normality, but suddenly lost the grip because of alarmism taking over the “Average Italian (Italiano Medio)” . I can easily predict when starting to be messed up with no reason. In other way I recently moved to Ukraine with my girlfriend, where I was able to enjoy deserved freedom and participate as guest at some local gigs in order to feel back the spirit of good relaxed vibes. I donʼt hide also that I miss the club scene in United States so much. Life is made of reasonable but “responsible” choices and white lies.

7.) Whatʼs coming up next for you that youʼd like to plug here for the readers?

Hope you will enjoy the mixtape. Music Is 4 Lovers and Lovers Are 4 Music. I recorded it live in studio with all my pleasure. I took my time machine surfing to my past-present-future including a prestigious combo of all my side projects and merging them strategically in 1 and half hour of pure disco freshness. A lot of upcoming jams on the way, keep urself up to date on my Facebook page, Insta and Soundcloud. Peace