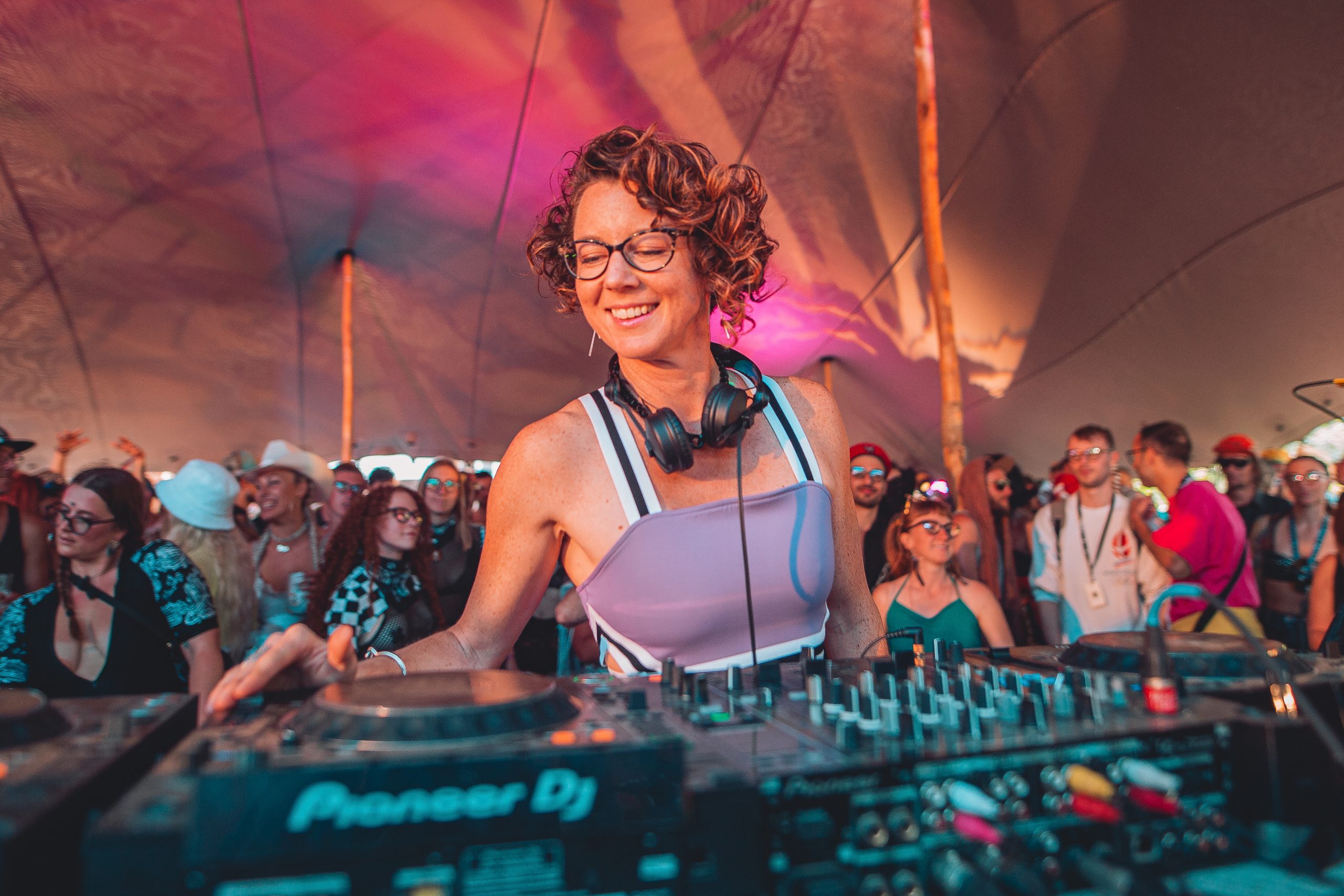 Known for her innovative DJ sets and cultural influence as Bass Coast Festival’s co-founder and music programmer, Andrea Graham AKA The Librarian returns to the forefront of bass music with “Howe Sound” and “miss u.” This double-sided lead single to her forthcoming miss u EP has released today.

A celebrated DJ, producer, and curator of Bass Coast – recognized internationally for its forward-thinking music programming and installation art – The Librarian is widely considered one of bass music’s leading creative minds and tastemakers. Equally an artist and entrepreneur, Andrea’s reputation as an inclusive community-builder in the electronic world has brought her a legion of fans and industry followers across the globe. Growing up in Canada, Andrea studied classical piano, jazz piano, vocals, and guitar. Translating her skills into the boundless world of electronic music, Graham created her magnum opus, The Librarian, in the mid-2000s. A moniker inspired by her expansive library of music, The Librarian has since gone on to become one of the most impactful names in modern bass music.

With genre-defying releases from her Arctic Swallow EP to singles like “Blue Tusk,” “Moon Illusion,” and more, and critical-acclaim from tastemakers like Billboard, Resident Advisor, EDM.com, and more, The Librarian’s craft speaks for itself. After a quiet 2021, The Librarian takes to 2022 to unveil her latest EP, miss u. Ahead of the anticipated project, The Librarian unveils the EP’s double-sided lead single “Howe Sound” and the EP’s title track “miss u.”

“Miss u EP is an ode to the rave, to the dance floor, and to the wildly eccentric community of music lovers who were separated over the past two years.  Composed in my basement studio at oddly early hours of the morning, the EP is a hopeful story intended for when we meet again surrounded by sound.”

“Howe Sound is where I call home. I work and play on the traditional, ancestral and unceded Indigenous territories of the Sḵwx̱wú7mesh Úxwumixw (Squamish) people.  It is where I learned to appreciate beauty in the colour grey. Mist floats up from the rainforest canopy painting pictures in the sky. Winters are dark and cool but when you embrace the wet environment it is powerful and moving. The first single captures the mood of winters in Howe Sound.” – The Librarian