The Japanese Popstars return with the powerful ‘Checking Out’ 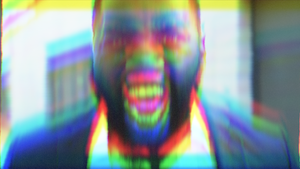 Northern Irish electronic duo The Japanese Popstars have returned with their first new material in six years – the powerful anthem for these incredible times, ‘Checking Out’ ft. Martin Corrigan and backed by a striking video.

With ‘Checking Out’, The Japanese Popstars unleash a blistering punk rock meets electro ode to the politics of negativity, inequality and segregation.

Directed by Sean Curran, the bold and eye-catching video for ‘Checking Out’ touches upon many of 2020’s key themes centred around panic and fear – racial division, corruption, violence, infection – whilst cleverly filmed in a CCTV surveillance style.

‘Checking Out’ is The Japanese Popstars’s first new material since 2014’s ‘Disconnect Reconnect’ album, released on John Digweed’s Bedrock label which included ‘Matter Of Time’ with Green Velvet. Other releases include ‘Take Forever’ ft. The Cure’s Robert Smith in 2011. The duo are supported by such leading DJs as Pete Tong, Carl Cox, Laurent Garnier, Adam Beyer, and Francois K.