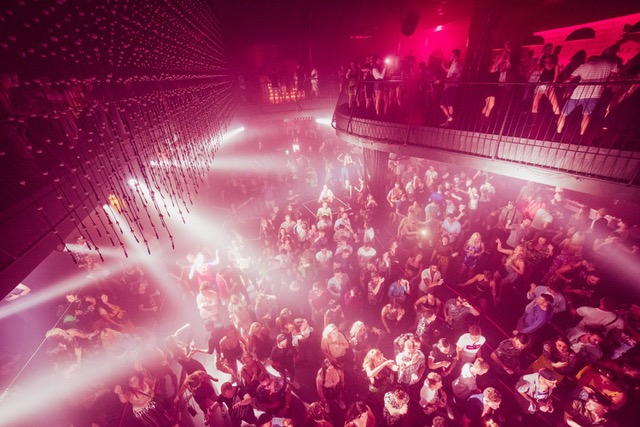 The mighty Terminal 4 and Christian Smith’s Tronic label are two of techno’s biggest brands, and they are coming together for an almighty season of parties at Eden Ibiza this summer. Smith will be the core resident but will be joined by world class talents such as Italian icon Deborah de Luca, Danish artist Noir and Ukrainian Spartaque and many more to come. The 16-date party kicks off after IMS on May 22nd and runs each and every Wednesday throughout summer.

Tronic has long been one of techno’s most reliable labels. Dealing in all shades of sound, it started in 1994 and has been a cult favourite ever since. Artists like Umek, Steve Mac, Mark Broom and tens more have all graced the label while Christian himself has always headed it up in style with his own in demand tracks.

Terminal 4, meanwhile, has made a huge impact in just two years with standout parties in London soon making their mark. After the first year, Terminal 4 made their Ibiza debut with a sold out show at Eden so this is a welcome reunion.

The residents at this party are second to none: Deborah de Luca is the Italian temptress with credits on huge outlets like Desolat, Sci + Tec and 8bit, and an ever fuller tour diary that takes her across Europe, Asia and America. She is a real modern star of the scene who lights up clubs with real style and flair.

Then comes headliner Noir, whose self-titled label has put put some of hose and tech’s biggest hits in recent years, and Spartaque, the award wining Ukranian who has put out more than 300 releases on 80 labels, and between all these acts you have a truly mouthwatering party season.

The organisers say: ”2018 was the year that Eden made an authoritative statement ensuring its place amongst the world’s greatest super clubs. After a run of successful events across Europe, Terminal 4 embark on a new journey, to bring a new vision of underground techno to the west coast of Ibiza. Working alongside the hugely respected Tronic label who have recently completed huge label showcases in Tokyo, New York, London and Buenos Aires, Terminal 4 and techno titan Christian smith bring in some of the most relevant & current artists in the techno-sphere.

This event is set to be 16 weeks of ground shaking, unforgettable techno parties that bring something fresh and new right to the heart of San Antonio’s clubbing hub, Eden. 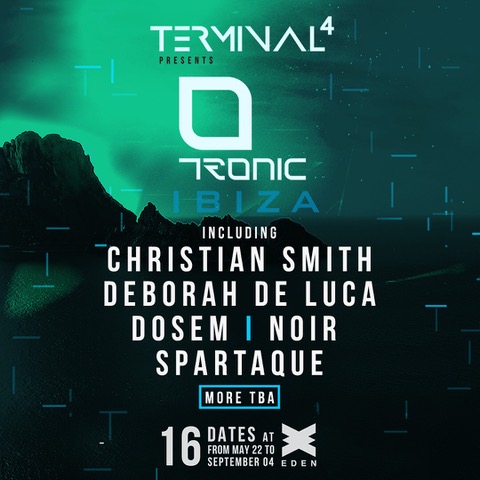