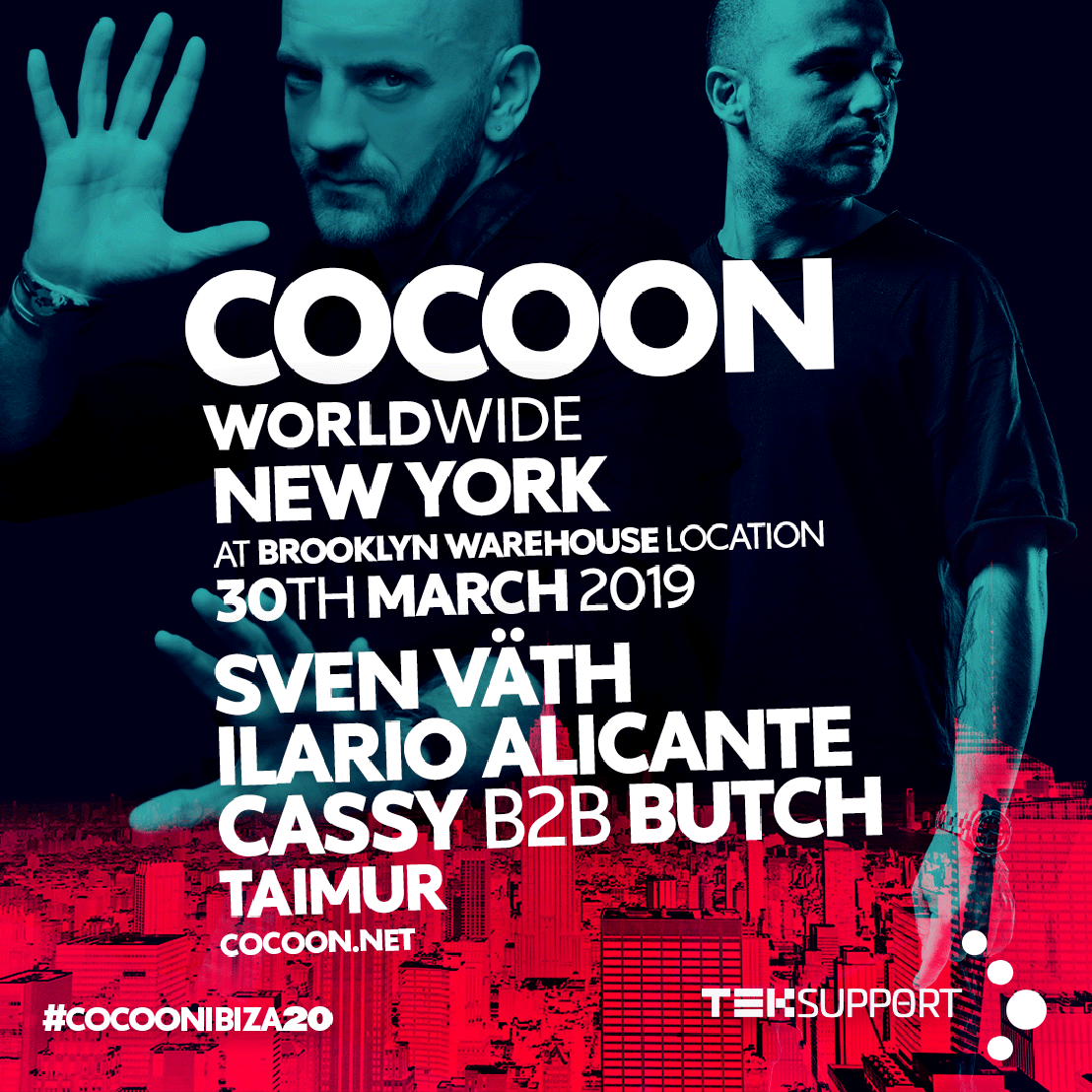 Teksupport continually brings cutting-edge and legendary artists to the East Coast, and this year, they’ve lived up to their high standards by bringing back Sven Väth after his long hiatus from the States for a special showcase around his celebrated club night, Cocoon.

Its been almost three years since we’ve seen Sven Väth’s name on a New York billing, making his return momentous. Known as “Papa Sven” to his fans, the German DJ has been shaping modern dance music since it exploded in the 1980s. His name has consistently appeared on the global stage on billings at some of the world’s most iconic venues and festivals, including Love Parade, Time Warp, Awakenings, Berghain, Tresor, Twilo, Amnesia, and Pacha.

Cocoon began in 1996 and has since grown into one of the biggest entities in clubland. Sven poured his entire savings and effort into this party series which has since evolved into an Ibiza mainstay, booking agency, and record label. He also has a hand in launching the careers of Dubfire, Loco Dice, Martin Buttrich, and many more. On March 30, Sven is bringing Cassy and Butch along with him for a special b2b, plus Drumcode up-and-comer Ilario Alicante for his American debut, and Taimur for his Cocoon takeover in Brooklyn.

Teksupport has set the standard on producing warehouse events, boasting unwavering dedication to hosting the world’s best DJs in raw spaces with top-notch production. They have always brought groundbreaking brands such as Time Warp, Circoloco and Solomun +1 to NYC while also hosting an array of top artists, including Jamie Jones, Seth Troxler, Maceo Plex, The Martinez Brothers, Adam Beyer, Marco Carola + many others.