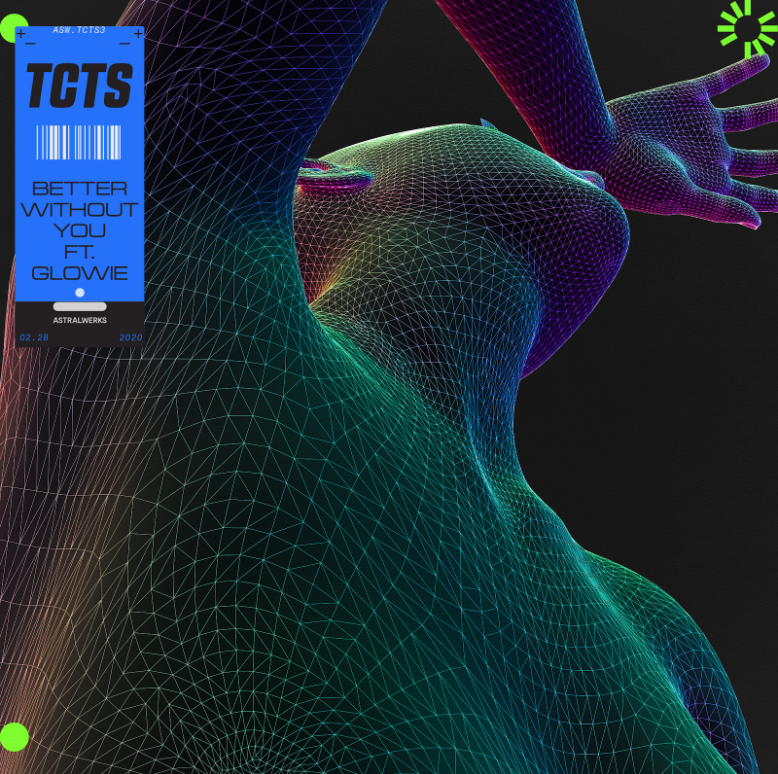 Once again, the critically acclaimed UK producer, artist, remixer, and DJ activates his signature genre-bending bliss on the track. Magnifying big room energy with pop appeal, propulsive beats and shimmering keys underscore the entrancing vocals courtesy of Glowie. The Icelandic siren’s voice resounds on the hook, delivering a soaring send-off. “Better Without You” might just be the bounciest breakup anthem ever. The animated lyric video brings the track to life with slick sci-fi visuals and energy on par with the song.

“Better Without You” arrives hot on the heels of last year’s chart-busting banger “Not Ready For Love” featuring Maya B. It claimed coveted real estate for weeks on Spotify’s Mint playlist and generated 10 million-plus global streams to date. E! News dubbed it, “Dancefloor thriller…We dare you to try and still while you listen,” and Billboard called it, “Infectious.” DJ Magazine put it best, “This future-bound house gem from UK producer/artist TCTS is peak time ecstasy with enough bounce to shake any dancefloor.” Additionally, he popped off with a Remix package, including Mike Dunn, Zac Samuel, and Sam Girling.

Over the past several years, TCTS (born Sam O’Neill) quietly rose to the forefront of electronic dance music. He has churned out over 75 million streams and counting across his catalog, in addition to receiving praise courtesy of NYLON, i-D, Stereogum, The FADER, Clash, MTV, Wonderland, Spin, Mixmag, Vibe, The Guardian, and more. Superstars such as Haim, Bazzi and Jessie Ware have sought him out for remixes. Meanwhile, he has graced the stages of Glastonbury, Reading & Leeds, Hideout, and Miami Music Week in addition to touching down everywhere from Australia and Asia to Ibiza where he performed at Amnesia and BBC Radio 1 and headlined Ocean Beach Club. Now, he positions himself for a major mainstream breakthrough in 2019, blasting off with the single “Lazerbeams.”