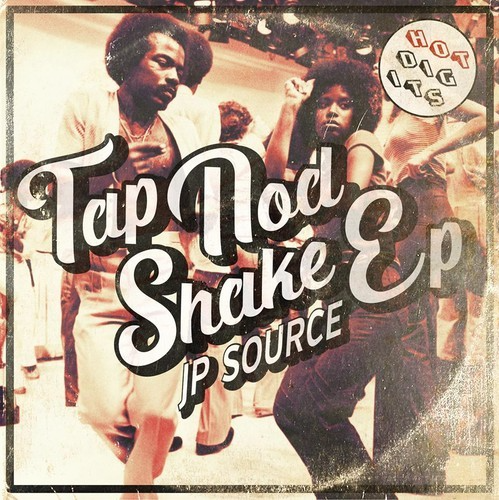 Hot Digits Music has been turning out a steady flow of quality disco packages in 2014; releasing solo and split EPs from some of the best remixers and producers of the genre. Today the Brighton based label drops a collection of nu-disco and funk goodies from JP Source.

Jon Paul Hill moved from the UK to Louisville a few years ago and brought with him a mountain of sci-fi grooves; releasing tracks and remixes on Audio Parallax, Bedmo Disco, and Drop Out Records.

For the Tap Nod Shake EP he deals out four stellar cuts of low-slung sensual funk, perfect for warming the body and soul on dance floors and intimate settings alike this winter. All of the elements in the bundle, from the chopped up Nicky Lawson samples in On The Take, to the warm disco- house feeling of Skyward make this a surefire pick for your collection. Wrapping up the EP is a rework of Dub Soda by label boss Fingerman.

Grab it from Juno now and be sure to check out the back catalogue of outstanding Hot Digits releases. In the meantime, JP has been nice enough to give out a free download of his take on a timeless Cindy Lauper gem. Enjoy!