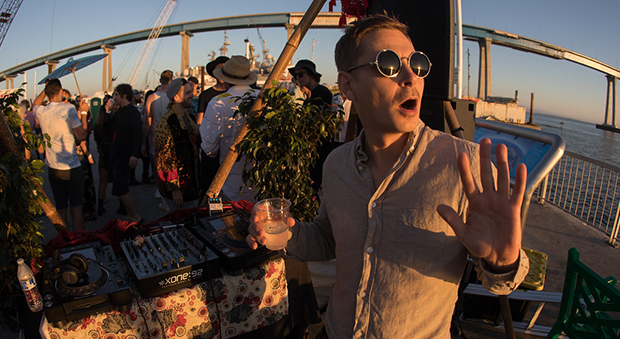 The Chinatown themed dance party commenced mid-afternoon at the tip of Cesar Chavez Pier beneath San Diego’s famed Coronado Bridge. Super Flu began the set as the sun retired in the backdrop over the harbor and Coronado Island.

Super Flu played for a full 4 hours–this is Part 1 of the set. Enjoy!