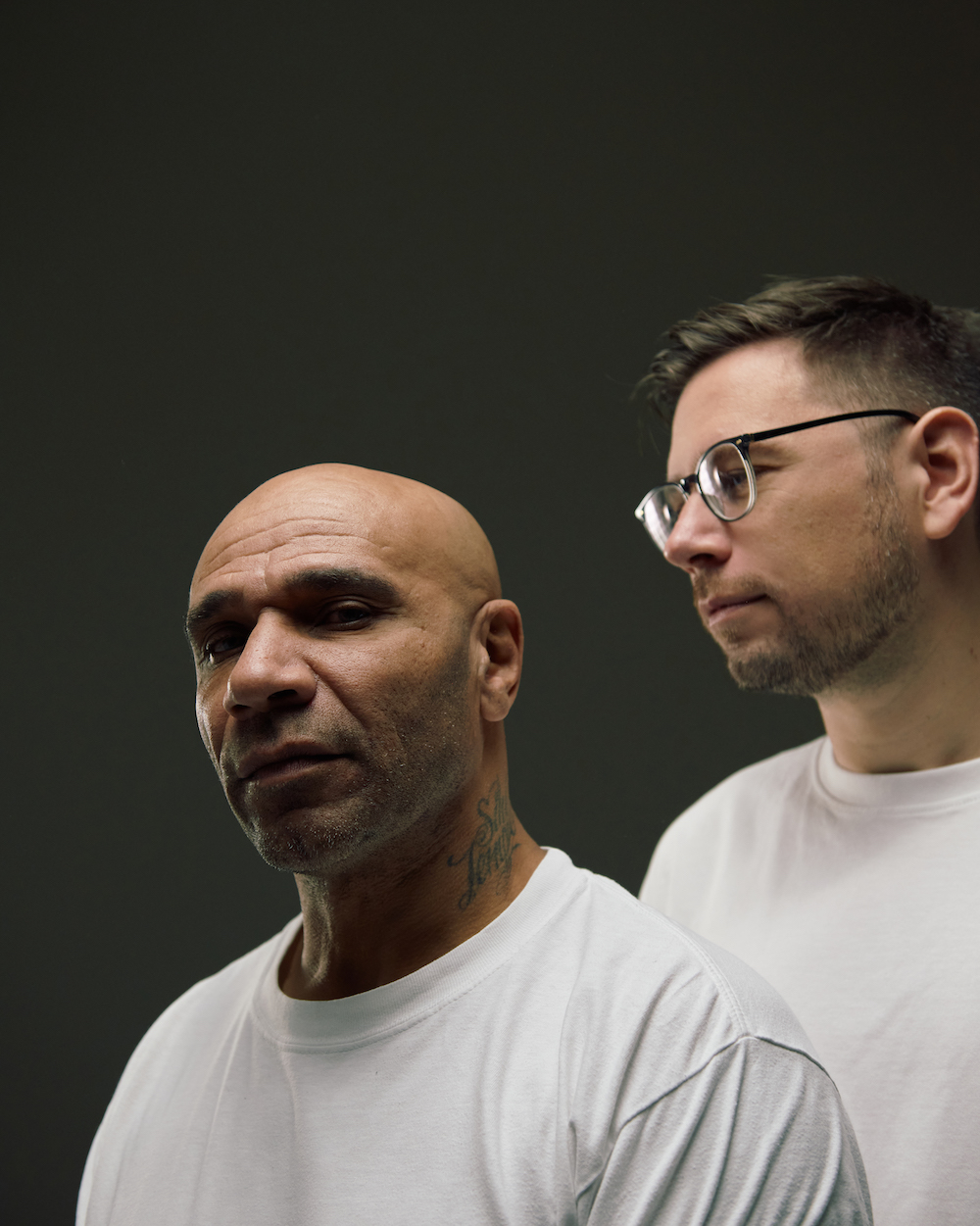 The latest single to be released from the duo’s upcoming second album, the track features standout vocals from critically acclaimed London-based soul singer Frida Touray as well as guitar duties covered by one of the biggest names on London’s alt-jazz scene Tom Misch. The track utilises breakbeat samples and strangely haunting melodies to create a piece of music that stands out on the record as an ethereal and uplifting new cut from a record that spans genres and dives down musical rabbit holes.

“Goldie hit me up and asked if I wanted to make some music together.. I was up for trying something, curious to what we would make! He sent me some drums and I started messing around with some pad sounds on my prophet 5. I added some more layers, a bit of guitar and sent it back to him and he digged it!” -Tom Misch

“It was an amazing experience getting to record this track with Goldie. There’s a real passion in the track and lyrics that Goldie wrote that spoke to me and I’m so happy I was asked to sing and interpret that sentiment freely” –Frida Touray

The album, which features some incredibly exciting and varied names including neo soul up-and-comer Greentea Peng, American jazz & soul vocalist Lady Blackbird (on ‘Sunlight’) and British blues vocalist Natalie Duncan, shows off both the rich history and calibre of Goldie and James Davidson’s individually but also how they can create something together that’s so cohesive and forward thinking. The sound the duo have been able to create is also partly due to their geographical locations over the past 18 months, bouncing ideas between Davidson’s studio in Bournemouth on the south coast and Goldie’s house in Phuket, Thailand; showing two songwriters and producers at the top of their game responding to a year and a half in very different atmospheres but similar trying circumstances.

Lead single from the album ‘Dassai Menace’ (released with double A-side ‘Fathoms’) was picked up by Virgil Abloh who used it to soundtrack his Louis Vuitton SS22 fashion film ‘Amen Break’ (watch here), with Goldie walking in the accompanying catwalk show. Goldie will also be in residence throughout the month of February 2022 on BBC Radio 1 alongside the likes of world renown DJ’s Sama’ Abdulhadi, Folamour, Or:la, LCY and Scratcha DVA.

‘The Start of No Regret’ will be available on all digital platforms, as well as CD and double vinyl. Pre-order here.