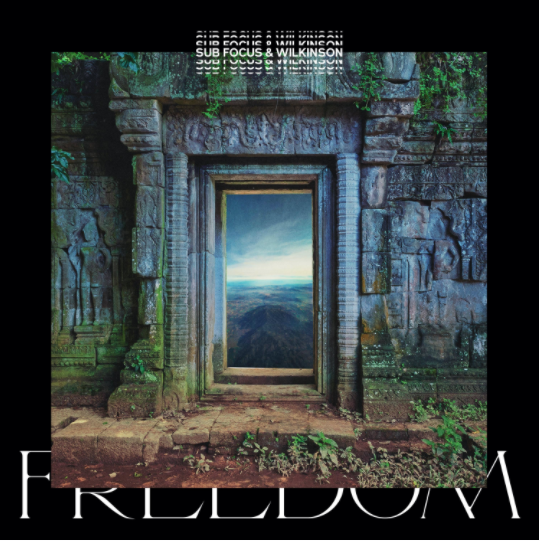 Sub Focus and Wilkinson have joined forces with fellow D&B titan High Contrast to release a versus remix of ‘Freedom’, out 8th January via EMI.

Combining inspirational lyrics and the stunning vocals of British-Irish singer-songwriter Empara Mi, this new version of ‘Freedom’ ramps up the club energy of the original, delivering a powerful yet emotion-tinged dancefloor weapon. With stuttered vocals drenching the record in that vintage High Contrast sound, Sub Focus & Wilkinson keep things cutting edge with their exquisite amalgamation of each artist’s signature sonics, ensuring a devastatingly potent dancefloor record. A versus remix that whole heartedly ensures a levelled up version of their Portals anthem, this record will no doubt be a staple across dance floors, festivals and raves globally.

The original featured on Sub Focus and Wilkinson’s acclaimed debut collaborative album Portals, recorded at Peter Gabriel’s iconic Real World Studios, The album hit the #1 spot on the OCC Dance Albums chart in October, with tastemaker platform UKF describing it as “the truest album they could have created”.

Two globally renowned artists with over 7 million single sales and 1 billion combined streams, last year Sub Focus and Wilkinson  retreated to Real World Studios – the legendary space owned by Peter Gabriel – for a full month. The result was eleven stellar tracks that would later become Portals, with the boys dropping a behind-the-scenes video from their time in the studio to coincide with the LP release.

Both artists are renowned for their live shows, having played together at Glastonbury, Warehouse Project and BBC Radio 1 Big Weekend amongst others. Wilkinson also sold out Brixton Academy for an incredible set just ahead of lockdown earlier this year, whilst Sub Focus’ sold out headline show at Printworks is poised to be rescheduled. Both have also toured the globe many times over with headline sets at festivals around the world. More recently the boys are fresh from recording a collaborative mix for BBC Radio 1 mainstay Annie Nightingale.

Welsh favourite High Contrast is one of D&B’s most enduring figures, bursting onto the scene in 2000, penning some of the scene’s most iconic tracks and collaborating with musical A-listers such as Tiesto, Underworld and Dizzee Rascal.