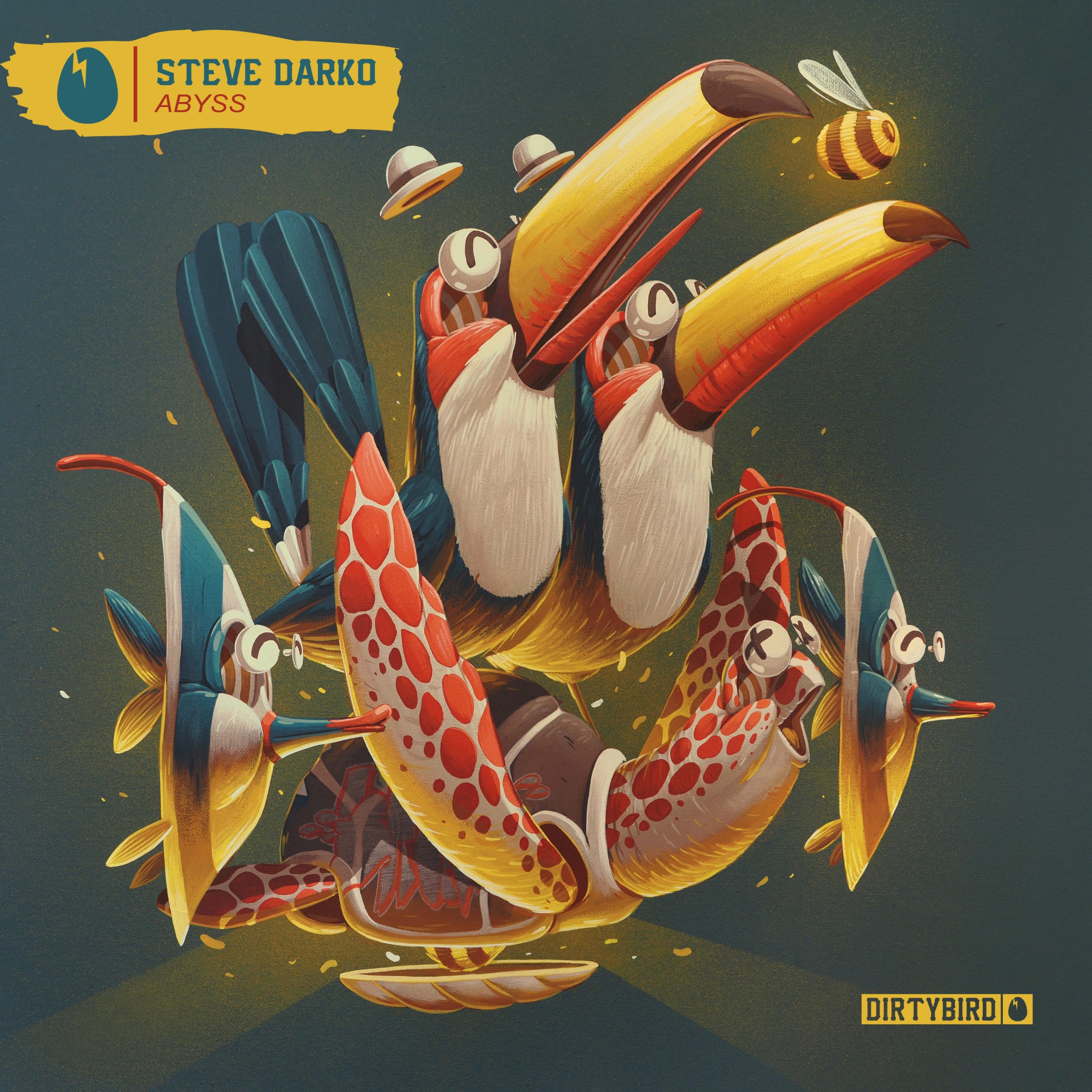 Regarding the EP, Steve Darko said, “‘Abyss’ is a deep, slow burner track that’s centered around a moody pad chord progression that slowly builds and fades throughout the song. I wrote this record shortly after wrapping up my album Midnight Swim, and I think some of the vibe from the album carried on into the ‘Abyss’ EP.” Expanding on the project, Steve Darko stated, “The flip side, ‘Stay Awake’, is a bit more club-centric with heavy-hitting percussion driving most of the track, but I tried to keep things interesting by sprinkling in some hypnotic, detuned synth work and heavily time-stretched vocals. The breakdown gets pretty out of control and the pause before the last drop is always a crowd pleaser in my sets.”

The dichotomy in this EP speaks to the duality of Darko’s own life. By day, he works as a full time developer with music production software leader iZotope, and by night, he transitions his skills into his Steve Darko project.

Written during the creation of Midnight Swim, ‘Abyss’ is a manifestation of his growth. In the year since its initial draft, ‘Abyss’ has been refreshed and refined using the full breadth of Steve Darko’s extensive knowledge of electronic music production.

Steve Darko is one of the latest up-and coming producers championing the underground house scene. His unique sound earned him the attention of Dirtybird boss Claude VonStroke, who signed sevel of Darko’s records and had him provide direct support on his 2018 World Tour. Since then, he has become a familiar face on club and festival lineups across the US. With a combination of viscous minimal techno and hearty bass-forward tech-house, Darko has proven he is a dangerous force to be reckoned with in the studio and on stage.