Simon White aka Popsneon talks about his early days in Nottingham’s Music Scene, his new LP ‘Some Town’ on Paper Wave and the producing processes behind the release 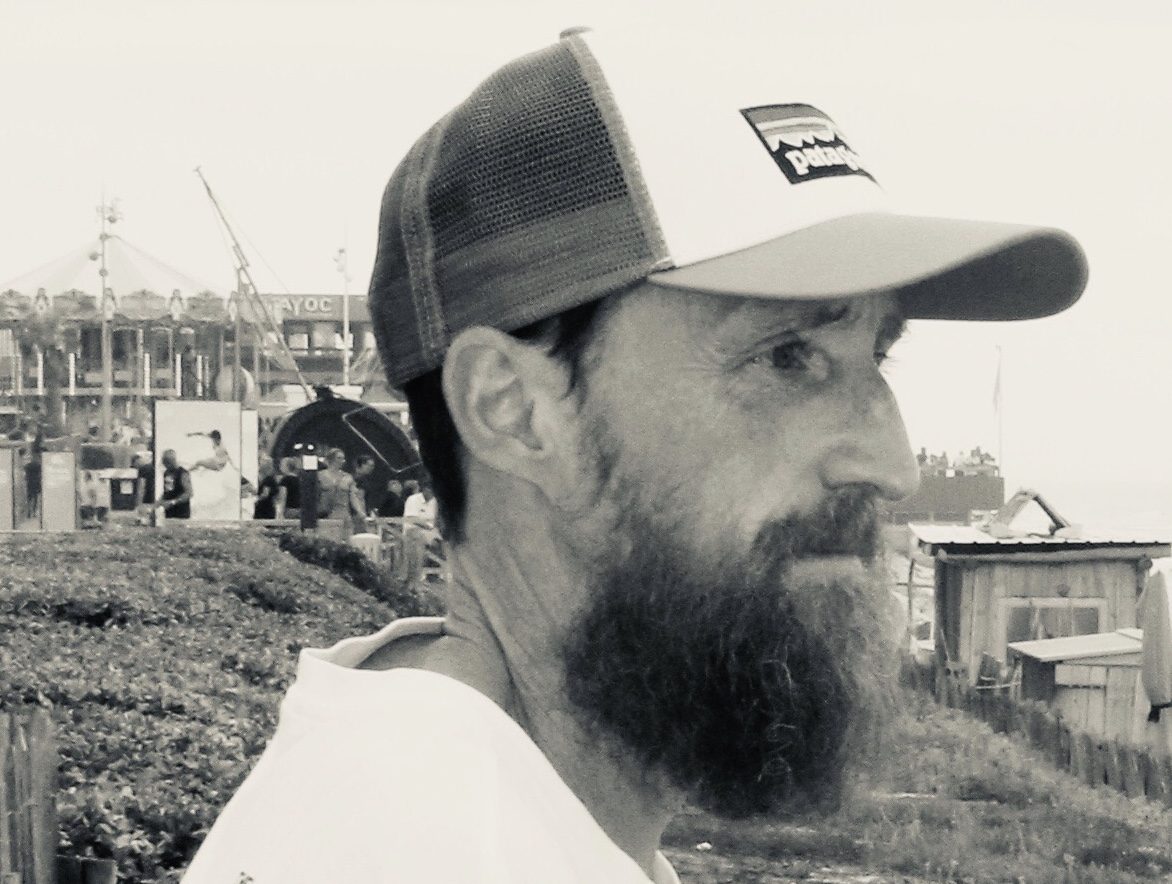 Simon White aka Popsneon was a key player in the Nottingham electronic music scene, previously holding residencies at cult clubs including The Bomb and the famous Carwash party as the owner of The Loft Bar. White has been out of the DJ and production game for 15 years but now returns under his exciting new alias Popsneon, a diverse new house, pop, synth and disco project.

We caught up with White to hear about his new album on Paper Recordings’ offshoot imprint Paper Wave, previously recording with Tom Bailey, Mandisa Dumezwani and Cal Gibson as Neon Heights and his new album ‘Some Town’ on Paper Wave.

Hi Popsneon, thanks for joining us. You previously recorded together with Tom Bailey, Mandisa Dumezweni and Cal Gibson as Neon Heights. What was the backstory behind this iconic electronic band?
Hi, thanks for having me and it is lovely to be described as ‘iconic’.
When Cal and I started out in the mid-90s I think we could be more accurately described as a pair of sample-heavy chancers surviving by the kindness of publishers and our sample victims, with a special mention here to the Doobie Brothers, who were very understanding!
Cal and I met on a music course in Nottingham and had coincidentally done edits of The Scratch by Surface Noise, so we blagged some time in the hard-disk suite and popped two Disco Height records out, selling them round London to get our label started. The Neon Heights label was an outlet for our tunes and plenty of Nottingham talent (Hot Toddy’s first releas) and the odd bit of Estonian music.
I met Zoe Johnston (now with Above and Beyond) when DJing at her mates party and we knocked out our first LP released through Glasgow Undeground. It was a very sweet songwriting collaboration with Zoe but our music was still primarily one finger constructed and reliant upon a whole shared studio of analog synths. Then, Tom Bailey was introduced to us and things suddenly took on a musical edge. With Tom came chords and music! He also singlehandedly taught us to play live, which must have fried his brain but it worked.  He also taught us that one can’t drink and play live and for a couple of pisshead DJs that was a real culture shock.
We would still base the tunes on samples but Tom would take them away and just drop mind-blowing melodies and themes over them.. special moments.
Tom then brought in vocalist Mandisa which stepped the whole thing up another notch. Bassist John Thompson was also a major element to our new sound, a phenomenal talent and I still work with him wherever possible. We all had some monumental studio sessions, I remember recording the vocals to Feeling Blue with Mandisa and we wandered upstairs at the backpacker’s hostel where the studio was to see the twin towers collapsing. After sessions we would all then relocated to my bar up the road and talk and drink like young people do. Tom and Cal went on to record a third album.. but by then I had stepped off for ‘health’ and first child reasons. I did put out an LP of Zoe’s solo work but really hung up my production boots in 2005.
You’ve been producing music for over 15 years and were a key player in the Nottingham scene at the likes of The Bomb, the Carwash parties and the Loft Bar. What was the music scene like back in those early days and how does it compare with things now?
It has actually been 15 years gap since my last outing with Neon Heights and my first release back through Paper Recordings. I would have given my eye teeth to have a release on Paper back in the day and for them to step up and get the Popsneon project so fully is truly humbling. They have also had to take a recluse and get him back into a very new online world.
The scene back in Nottingham in the 90s was phenomenal, everyone used to go to every night across the city. I was resident at the Bomb on Saturday’s but the same folk were at The Carwash on Mondays, Served Chilled by DIY on Tuesdays, Ask yer Dad on Thursdays and back to the Bomb for DIY Bounce on Fridays. The Loft Bar became a focal point too as it was a workers bar for all these clubs. Being situated amongst 15 studios and rehearsal rooms it was a hot bed for Nottingham music. We could have released an EP a week from the CDRs chucked at us for testing out on our succulent PA. 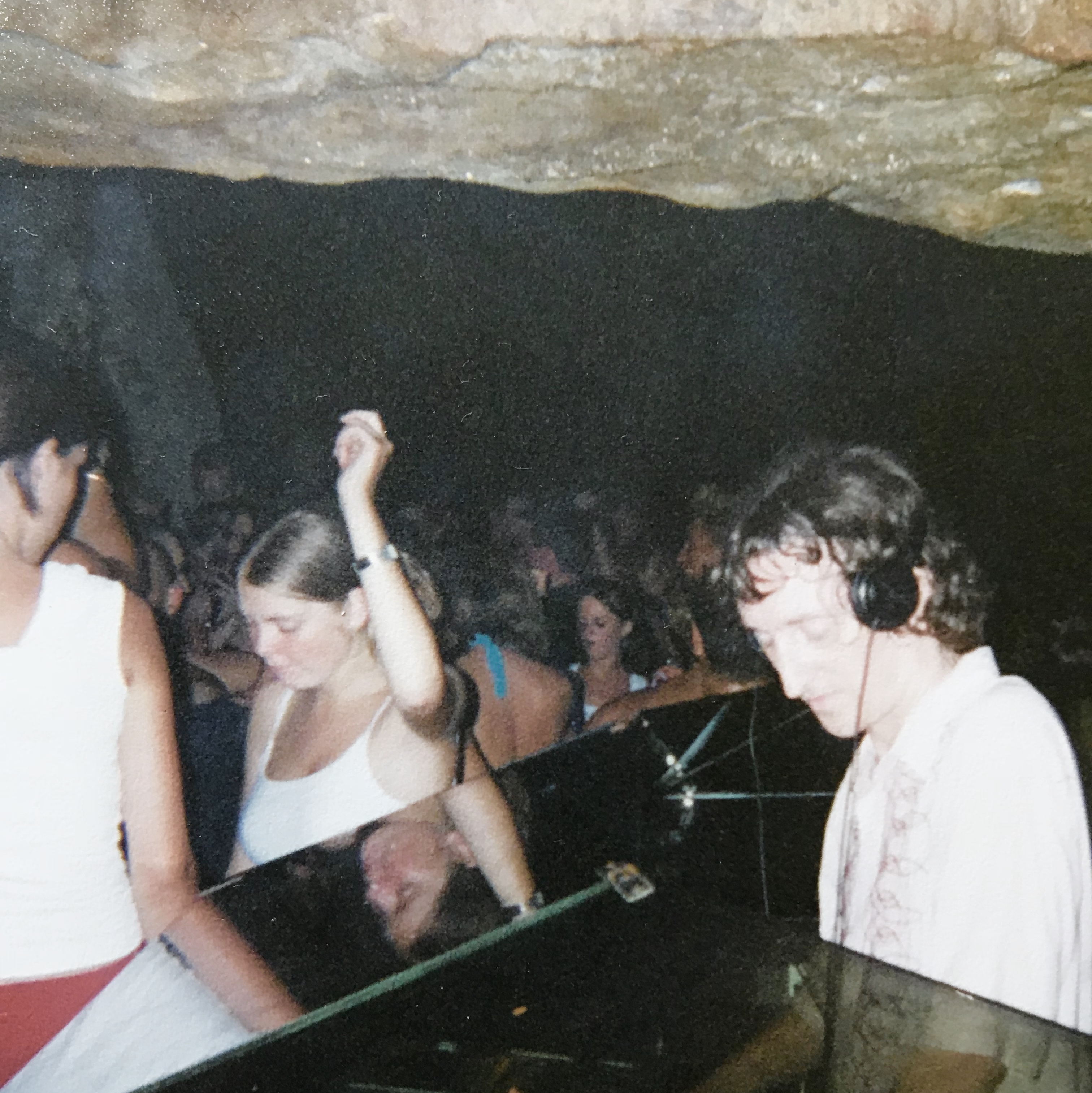 I have still been involved in music over last 15 yrs as I went back to being a Roadie. I now crew boss Leeds Festival main stage and have worked all the main festivals stages being involved in setting up some legendary performances. One example being us getting Kings of Leon onto their headline slot on the Pyramid Stage in seven minutes as they had very kindly let a very late Amy Winehouse overrun.
The club and music scene now looks amazing and I really can’t wait to get back in. I came back to dance music about 4 years ago when got I to stage manage the Sunrise stage at Latitude festival. I and couldn’t believe where House music had got to, and I just HAD to contribute again. When I go to a club again I will probably have a better idea of the difference in scenes but can imagine if house music is involved there probably ain’t any difference.. it is the great continuum.
We understand that your new LP, ‘Some Town’, includes the work of local musicians, singers, graphic artists and video creators. Can you tell us what it was like to work with so many artists and what was the inspiration to do things this way?
I’ve always felt that collaboration is key even though the writing and music of ‘Some Town’ was my first attempt at a ‘solo’ project. It’s working title was ‘School Run’ as everyone involved was gathered from the school playground as we waited to pick our kids up or actually lived on the 1 mile school run.
In these global times I’m still a believer that there is endless talent in every street of any/ some town.  I found two amazing singers – Ben Martin an incredible sax player and John Thompson on bass again. Helen White doing the graphics Jim Softbox on video and Diaboli for the odd bit of programming, all in the catchment of ya local primary school, it’s probably the same for every school, you’ve just gotta set the thing in motion and art will follow. The music is the foundation but the art created when you start involving others is where it gets interesting for me. When other artists layer their interpretation it twists and contorts and having a bunch of folk with you as you release a record is comforting and validating too. I have had to venture to Wales though to supplement. Cal Gibson’s Secret Soul Society have been remixing and PJ.Phillips animating, but they are both family.
Let’s talk about your new LP, which has strong influences from Detroit, Balearic house, outsider pop and Parisian synth disco. Can you give us an insight to your studio sessions when you produced this release, and are there any particular tools or software you tend to use when making new music?
Yeah I would totally agree with those influences but you can also add Anarcho punk , kit bag Goth, Free partying, 70s studio production in  L.A., early 80 disco in New York.. etc, but the bottom line is always funk and the delivery method my favourite genre ever – House music. 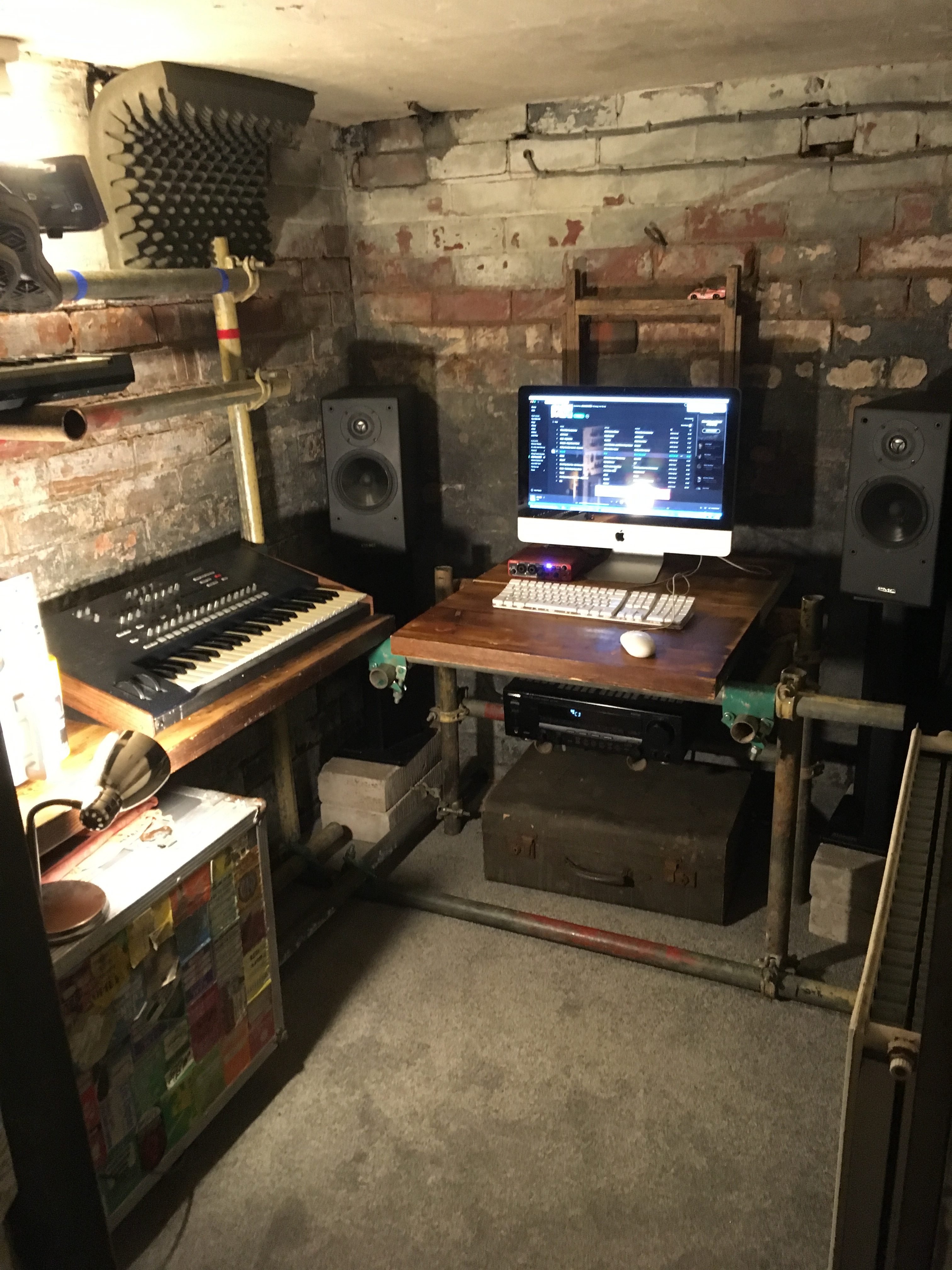 I carved a studio out of my house cellar which is my second home within a home, but was a bit short of cash to fit it out. So bought a cheap iMac loaded with Logic X and Waves software for £500 and bought a copy of Arturia’s mind blowing V5 synth package for £40 on eBay. The low budget story continues with borrowed mics and amps as most of my stuff had given up the will to live after being stored under the kids beds for a decade. 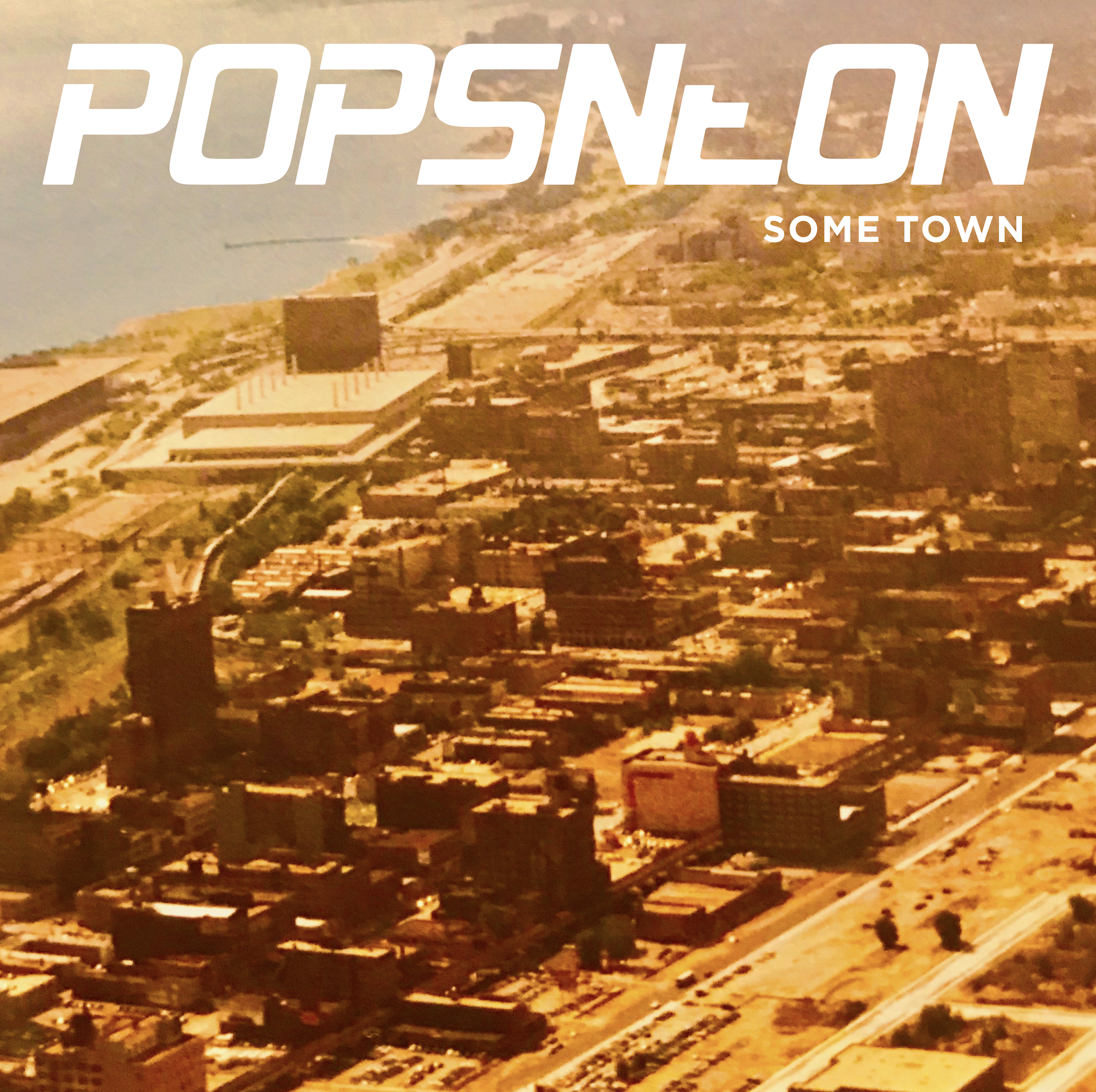